Normality replaces mutiny as green and gold anti-Glazer protests fizzle out in air of celebration as 10,000 Manchester United fans return to Old Trafford for the first time this season

The mantra at Manchester United in the 14 months since supporters were last inside Old Trafford (legally, at least) has been a quote borrowed from Sir Matt Busby. Football is nothing without fans.

Ten thousand of them were back on Tuesday and it’s fair to say the scenario was not quite what United had hoped for all this time: riot police outside the ground and an air of mutiny inside it as the green and gold colours of the anti-Glazer brigade returned to the stands in a way not seen here for the best part of a decade.

Understandably, there were concerns about the club throwing open their doors to people they had spent the last two weeks desperately trying to keep out. 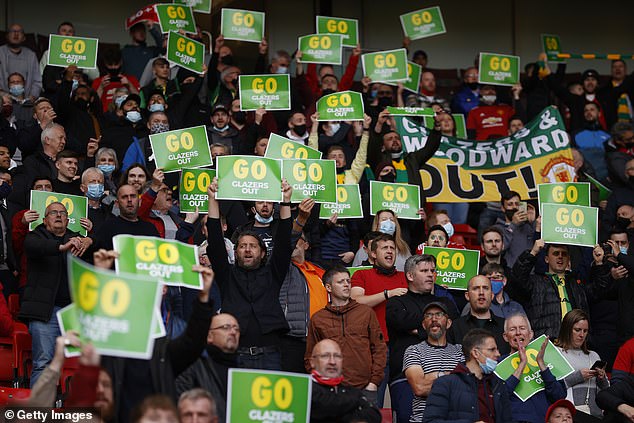 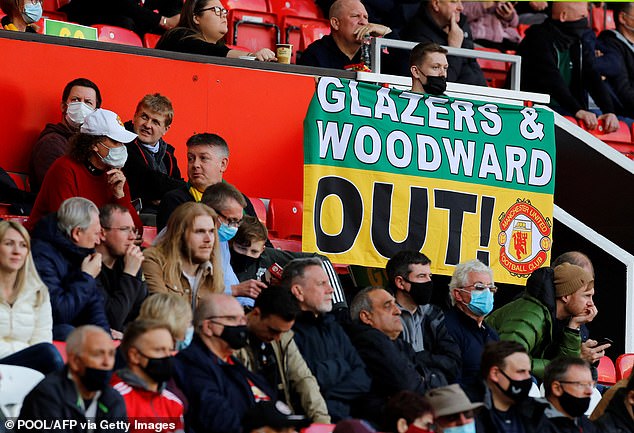 The good news for everyone associated with United was that it all passed off rather uneventfully.

There was no repeat of the ugly scenes witnessed twice here this month when another planned protest went ahead before Tuesday’s match.

The return of match-going fans, including many women and children, made for a less toxic atmosphere in the spring sunshine.

There was still a heavy presence of riot vans but the tactical aid officers kept their protective helmets attached to their waists on this occasion and there was no sign of the batons that greeted protesters when Liverpool were in town five days earlier. 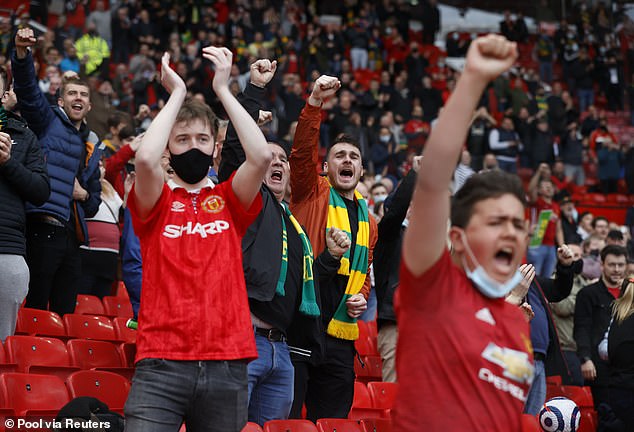 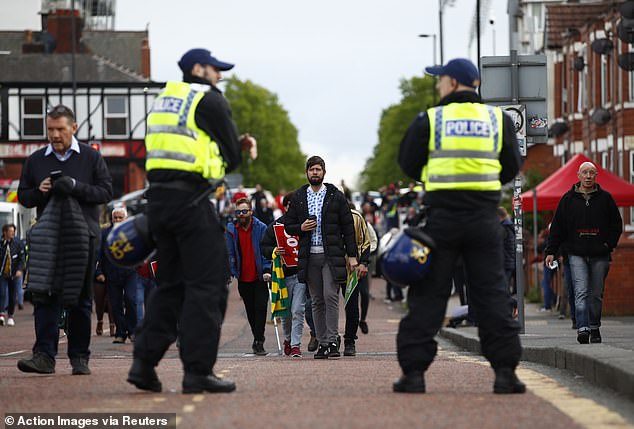 Inside the ground, those fans intent on driving out the American owners had vowed to make their feelings felt and they did.

There were the usual anti-Glazer chants, placards and a roar of approval when Luke Shaw went over to take a corner in the 14th minute and a green and gold scarf thrown from the crowd landed at his feet.

But plans to mark the 51st minute with a concerted protest fizzled out somewhat.

Maybe it was because fans were just happy to be watching live football again. Maybe sheer beauty of Edinson Cavani’s goal took their minds off other things. But this felt like a day when normality replaced mutiny.