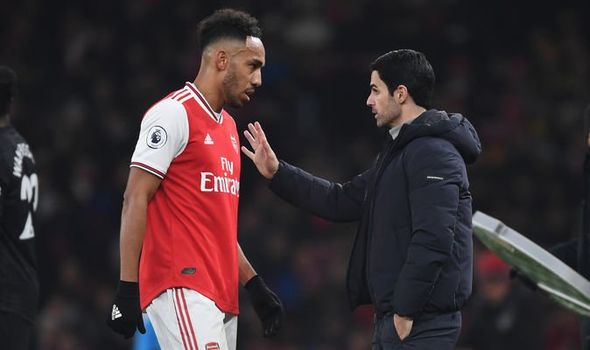 Arsenal manager Mikel Arteta has reportedly settled on his first-choice target to replace Pierre-Emerick Aubameyang if the Gabon international leaves this summer.

Aubameyang is the Gunners’ most important player, having produced 20 goals in 32 appearances this season, but has just one year left on his contract.

And to avoid losing him for free in 12 months’ time in similar fashion to the manner in which the north London club lost the talents of Aaron Ramsey last summer, Arteta may be forced to sell his top goalscorer in the coming months.

Barcelona, Real Madrid and Inter Milan are among the clubs who are reportedly keeping tabs on Aubameyang.

And Spanish newspaper Sport say that if the 30-year-old striker does depart, Arteta will pursue Real Madrid’s Luka Jovic to lead the line for the Gunners. 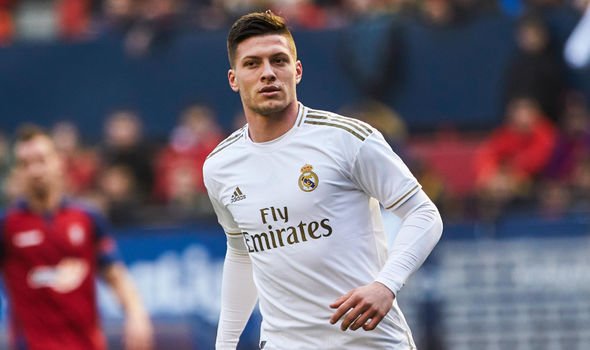 Jovic has endured a disappointing inaugural campaign at the Bernabeu, scoring just two goals in 24 appearances for Los Blancos.

The 22-year-old cost in excess of £50million last summer when he penned a six-year contract to join from Eintracht Frankfurt, for whom he scored 27 times in 44 games last season.

But while the Serbian international has failed to hit the heights expected of him in the Spanish capital, Jovic is said to be the leading candidate for Arteta as he scours the market for a potential successor to Aubameyang.

The Spanish coach is apparently confident he can get the best out of powerful frontman Jovic at the Emirates, having been impressed by his form at Frankfurt.

Unfortunately, however, Sport claim Real want to keep the striker in Madrid despite his below-par first 12 months at the club.

That stance could still change before next season, with Zinedine Zidane said to be keen on a trio of high-profile forwards in Paris Saint-Germain’s Kylian Mbappe, Liverpool wide-man Sadio Mane and Borussia Dortmund wonderkid Erling Braut Haaland.

Should Real sign any of the three, whom are all slated to be priority targets for Zidane, then they could be swayed into selling Jovic.

Yet Chelsea and Tottenham are also thought to be interested in the player’s talents, with Frank Lampard having instructed the Blues to look at a potential loan deal. 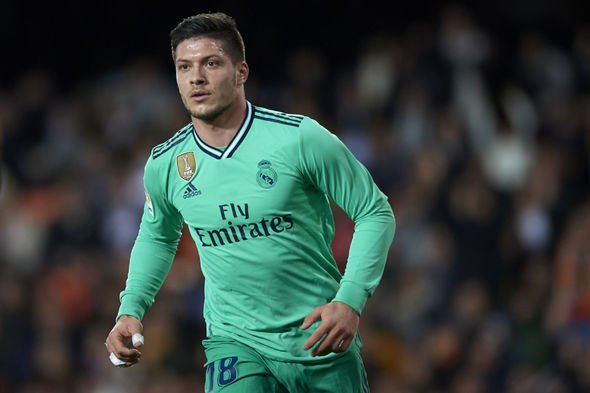 Former Manchester United defender Rio Ferdinand has meanwhile warned Arsenal off of selling Jovic, insisting the Londoners should be focusing on making additions to their squad in other areas.

“He is someone who could add something to Arsenal but I don’t think Arsenal need a player in that position,” he said in an Instagram Live video.

“I played against Arsenal teams with the likes of Sol Campbell and Tony Adams.

“I don’t see that now. They have many good footballers but you need a blend.

“Why are they going for Jovic when they need to be looking at centre-halves?

“Arsenal is a fantastic club, what a club. But they need to get it right in other areas of the pitch.”