The Gunners have been heavily linked with making a move for Partey this summer.

The 26-year-old has impressed Arteta during his five seasons in La Liga as the Ghana international has made himself a key player for Atletico boss Diego Simeone.

Partey has a £43.5million (€50m) release clause in his contract, which currently keeps him at the club until 2023.

And while Atletico have been in discussions with the player about extending this deal, no agreement has yet been reached.

JUST IN: Premier League restart set for crunch meeting with players to be heard over season return 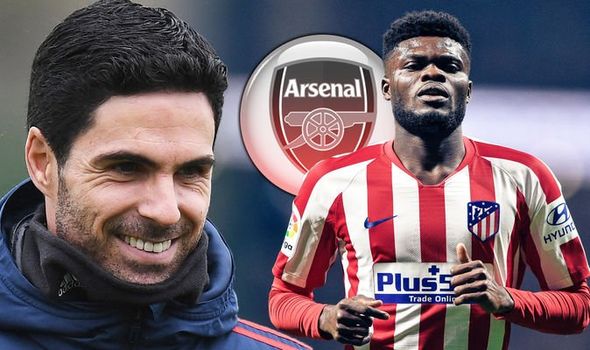 Another player on Arteta’s shortlist is Feyenoord star Orkun Kokcu.

The 19-year-old is having an impressive season after establishing himself in Feyenoord’s first team and has three goals and six assists to his name so far this campaign.

Kokcu’s current deal keeps him at the Dutch club until 2023, but reports in Spain claim that Feyenoord are prepared to sell the youngster in the summer, with Arsenal willing to offer Feyenoord £25m for the Turkey Under-21 international.

Arteta’s transfer plans have had to change following the financial impact the suspension of football has had on the north London club.

He was expecting to have to sell some players at the end of the season to fund his summer plans and could end up selling more now.

According to football.london, the Gunners could now sell six players to inject the club’s finances with £159m to help Arteta overhaul his squad.

It claims three defenders, two midfielders and a striker could be leaving the Emirates at the end of the season.

At the back, Shkodran Mustafi, Sokratis Papastathopoulos and Sead Kolasinac could be sold.

Mustafi had been close to leaving Arsenal in the January window, but Arteta kept the 28-year-old around and his improved performances could have increased his value ahead of the summer window. The report claims Mustafi could now command a fee of around £13.5m. 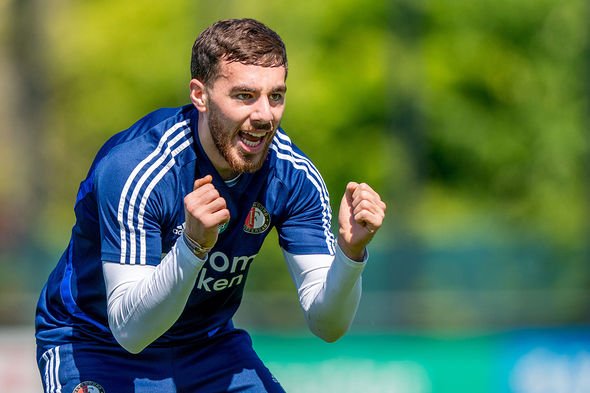 As for Sokratis, who will turn 32 in June, he will enter the final 12 months of his contract in the summer. It’s claimed if another club meets his £16.2m valuation, then Arsenal chiefs will be happy to part with the Greek international.

Kolasinac joined the Gunners on a free transfer in 2017, but as a result of this, he was rewarded with a reported £100,000-a-week wage. His contract expires in 2022, and Arsenal could look to sell the 26-year-old, who has suffered from injuries in the last two seasons, given the options of Kieran Tierney and Bukayo Saka for the left-back position.

In midfield, Mohamed Elneny and Henrikh Mkhitaryan are both on loan at Besiktas and Roma respectively.

Elneny only made 17 appearances in the 2018/19 season for Arsenal and this campaign the 27-year-old has been given regular minutes at Besiktas.

As for Mkhitaryan, Roma would like to make the move permanent, with the Gunners holding out for £10m for the attacking midfielder.

Roma are seeking financial assistance from Arsenal to seal the deal, either in the form of a lower transfer fee or by agreeing to top up his wages for the remainder of his contract. The 31-year-old is currently paid £180,000-a-week and his contract expires in 2021.

The final player the report claims Arsenal could part with is Pierre-Emerick Aubameyang.

The 30-year-old will enter the final 12 months of his contract in the summer and Arsenal could lose him on a free if they don’t sell him this summer. Arsenal Head of Football Raul Sanllehi has previously warned that key players will not be allowed to leave the club for free after Aaron Ramsey left for nothing to Juventus last summer.

The report claims if all these players are sold for their current valuations, then Arsenal would receive around £158.87m.

This would go a long way for Arteta to not only bring in Partey and Kokcu but would also allow the Spaniard the opportunity to strengthen other areas of his squad as well.