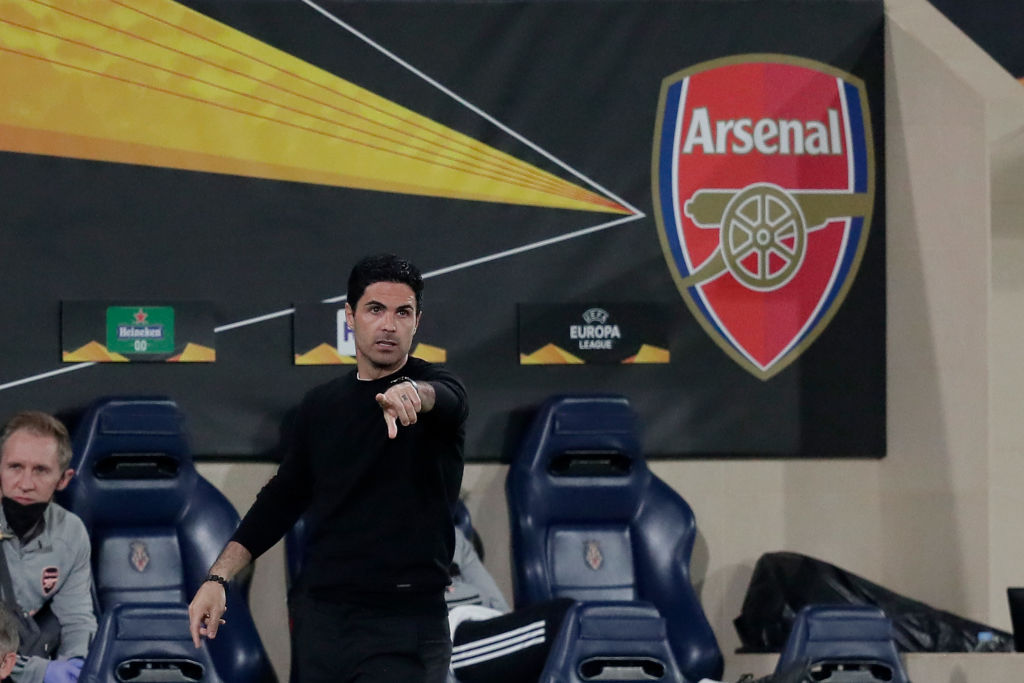 Martin Keown feared for Mikel Arteta in his job as Arsenal manager during his team’s 2-1 defeat to Villarreal on Thursday night, but an improved second half has turned things around.

Arsenal were in terrible shape in their Europa League semi-final first leg in Spain, 2-0 behind and with Dani Ceballos shown a red card.

Arteta’s side were looking pretty woeful, but a Nicolas Pepe penalty in the second half has given the team plenty of hope ahead of the home leg in north London next week.

Keown is relieved that the match ended in a much better way than it could have done, but said he feared the worst for his former side and their manager during the first half, after not picking a recognised striker and playing Granit Xhaka at left-back.

‘It was a crazy, mad game,’ Keown told BT Sport. ‘At one stage the writing was on the wall for the manager and the team.

‘You think about the risks he took not playing with a striker, partnerships all over the pitch just looked in disarray…’

The fact that former Arsenal manager Unai Emery is in charge of Villarreal was an added problem for Arteta, with Keown feeling that Gunners chiefs will have felt embarrassed by the situation.

‘It looked like the previous manager was embarrassing the current manager and that would have been hugely embarrassing for the owners if not the board,’ said the former England defender.

‘But we’re still in the tie, live to fight another day and I sincerely hope its going to be a whole lot better at the Emirates. It can’t be as bad as it was tonight.’

The second leg is played next Thursday at the Emirates with the winners going on to face either Manchester United or Roma in the final, with the Red Devils the most likely to progress after winning the first leg 5-2.