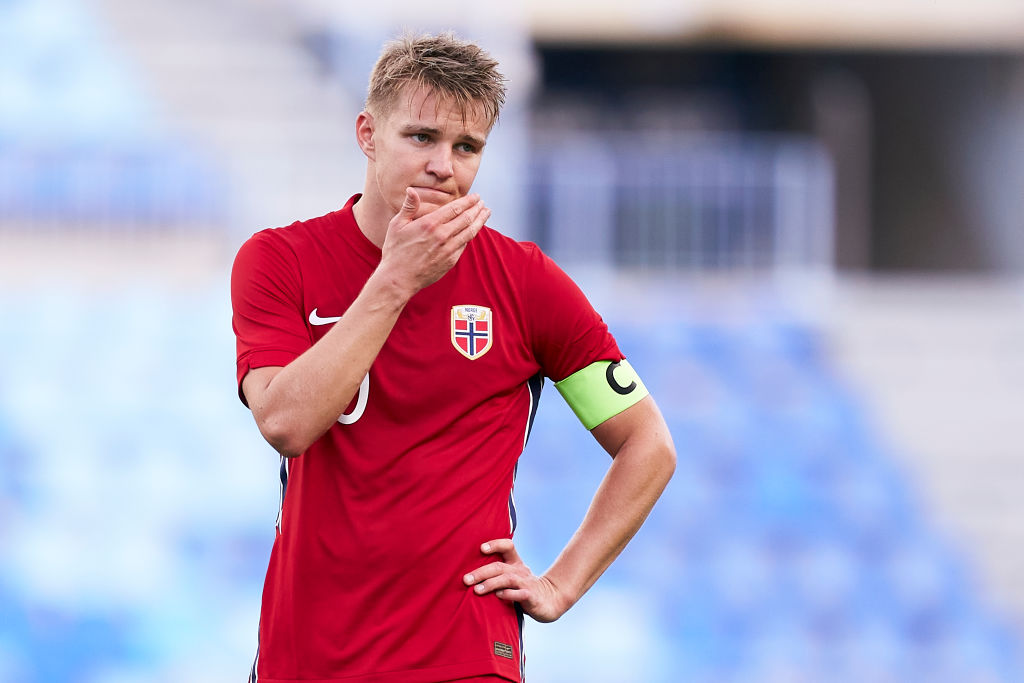 Arsenal midfielder Martin Odegaard held an emergency meeting with his Norway teammates in response to the team’s poor performances.

Norway currently sit third their World Cup qualifying group after they were beaten by Turkey earlier this year. Stale Solbakken’s side also lost to Greece in a friendly over the summer and only narrowly beat Luxembourg.

During the current international break, Norway registered a 1-1 draw with Netherlands before securing a 2-0 win over Latvia on Saturday.

According to TV2 in Norway, Solbakken addressed the players about their sub-par displays but Odegaard, who was appointed captain earlier this year, took the opportunity to hold a meeting with his teammates without the coaching staff present.

‘We spoke completely freely and openly. Everyone got to air what they had on their minds,’ said Odegaard.

‘We have played many big matches in recent years, but have not managed to solve it optimally all the time. We thought it was good to have a chat about how we avoid making new mistakes.

‘We have played many important matches where we have subsequently come and said that we should do this and that. This time we thought it was okay that we got to air everything in advance. It was not something revolutionary, we really just had a chat.

‘It was really about what has happened over several years. At least since I joined the national team, we have not been quite where we should be during big matches. I feel the response after the chat was very good.’

Speaking after Norway’s win over Latvia, defender Stefan Strandberg admitted that he was ‘hard’ on Odegaard and Erling Haaland.

‘We have been very honest and very hard on each other. I’ve been damn hard on Martin and Erling too,’ said Strandberg.

‘I’ve said what they have to contribute when they’re as damn good as they are. We’re talking about international stars, so we need them to deliver. And they have really done that, and that raises the whole team.’