Arsenal, in an ideal world, would have signed Houssem Aouar this summer. The France international has been a huge transfer desire for Mikel Arteta, who believes he could propel his side onto new heights. But with Lyon insisting the midfielder won’t be going anywhere, the Gunners can blame Matteo Guendouzi and Mesut Ozil for their failure to get the 22-year-old through the door.

Arsenal have enjoyed a positive transfer window and, despite losing to Liverpool in their last Premier League showdown, a good start to the new season.

Pablo Mari and Cedric Soares both joined on permanent deals, having arrived on loan back in January.

Gabriel Magalhaes has made a fine start to his career in north London, with the Brazilian impressing since his arrival from Flamengo.

Willian has looked good value, too, with the Arsenal star looking sharp since his arrival on a free transfer from Premier League rivals Chelsea.

And though he’s yet to feature, Runar Alex Runarsson has been backed to fill the void left behind by Emiliano Martinez’s move to Aston Villa.

Arteta, however, has been chasing the cherry on top of the cake. He wants to land Aouar, having been impressed by the France international’s performances for Lyon in recent years. 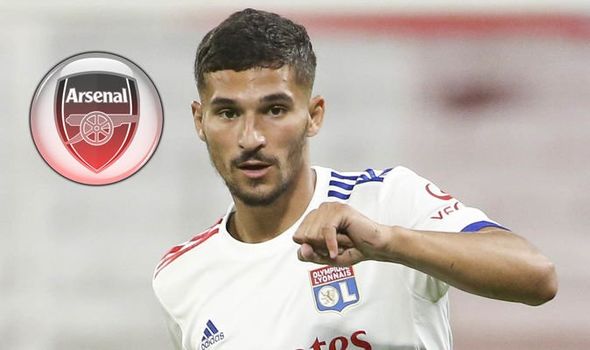 The problem is, though, that Lyon now insist he’ll be staying put. Club president Jean-Michel Aulas said on Friday night: “We make a very strong team by keeping our best players and we will judge on the results!”

Aulas also insisted that Aouar and Memphis Depay would both be remaining at the club, with the latter eyed by La Liga giants Barcelona.

And Arsenal can now blame Guendouzi and Ozil for their failure to sign the 22-year-old, who has been willing to move to the capital.

Funds in north London are tight this year. The Gunners have been impacted by the coronavirus crisis, having to make 50 staff members redundant, meaning they’ve had to sell before they buy.

They’re finally close to getting Lucas Torreira off the books, albeit temporarily, with the Uruguay international closing in on a move to Atletico Madrid.

But, with Guendouzi and Ozil, they’ve been stuck with the pair. 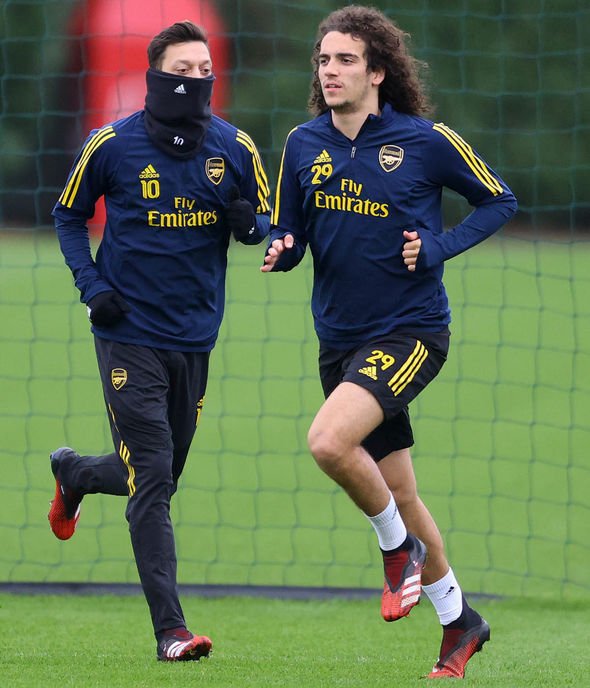 Guendouzi has been way down in Arteta’s pecking order ever since a defeat to Brighton last season, with the midfielder angering his manager with his conduct.

The French star was accused of boasting about his wages to Brighton forward Neal Maupay and, for Arteta, it was the final straw.

The midfielder had previously angered his manager with his attitude in training, with the Arsenal boss feeling Guendouzi wasn’t putting in the graft.

However, though it’s been well-documented that the Gunners want to get the 21-year-old off the books, that’s been easier said than done.

Lyon have been unflinching when he’s been offered as part of a deal for Aouar, while Valencia and Atletico weren’t interested either.

Arsenal were looking for a fee in the region of £25million to part with the youngster but that’s been too high and, as a result, nobody has come forward.

Ozil, too, has been a problem.

On wages of £350,000-a-week, Arsenal have been unable to offload the Germany international. What’s more, is there’s been no effort on his part to push for a move away.

Ozil is happy to sit at Arsenal taking home his weekly salary. He could yet feature throughout the campaign but he’s a symbol of the later years of the Arsene Wenger era: so much talent, but so little potency and drive.

Had the Gunners got the pair off the books, things could have worked out with Aouar.

But, instead, Arsenal now face the prospect of having to wait until the January transfer window before bringing him to the Emirates Stadium.