Arsenal are close to agreeing a new deal with striker Folarin Balogun which would keep him at the club for the long term.

Balogun’s current contract runs out this summer but Arsenal manager Mikel Arteta and technical director Edu have convinced the player his future is at the Emirates.

The 19-year-old forward has an impressive record for Arsenal’s U23s this season, scoring eight and providing two assists in 16 games. Balogun also scored twice in five substitute appearances for the senior side.

Prior to making the step-up to the U23s Balogun starred for Arsenal’s U18s in their title-winning season, starting 19 games and scoring 25 goals including two hat-tricks and a four-goal haul.

New York-born Balogun has represented both England and USA at U18 level, but is also eligible to play for Nigeria.

David Luiz faces a spell on the sidelines after undergoing a “small procedure” on his right knee.

The 33-year-old was absent from Arsenal’s 3-0 defeat against Liverpool on Saturday with a knee problem but did play the full 90 minutes when the Gunners drew 3-3 with West Ham before the international break.

Arsenal confirmed Luiz will be unavailable in the “upcoming weeks” after undergoing surgery on Sunday morning. 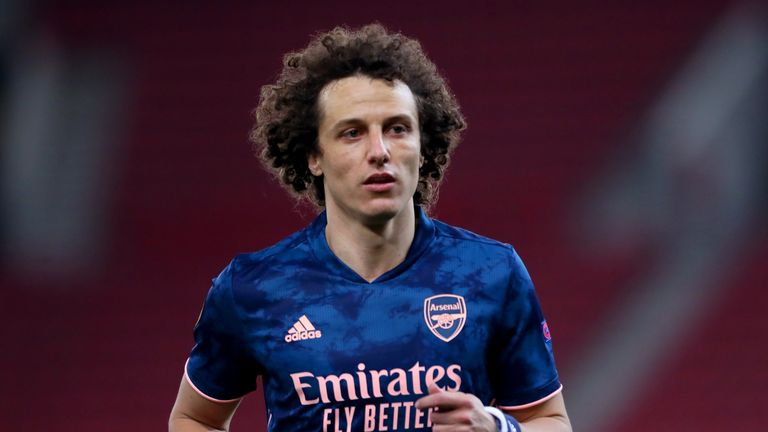 “The procedure has been a success and David is now back at home rehabilitating,” an Arsenal statement said.

“He will be able to return to daily support and recovery with our medical team at the training centre in the coming days.

“David is expected to be back to full fitness and available for selection in the upcoming weeks.”