Arsenal will face Norwich tonight at the Emirates Stadium and Express Sport is on hand with all the team news ahead of the game. Arsenal manager Mikel Arteta is not without injury concerns as David Luiz limped out with a knee problem against Sheffield United in the FA Cup quarter-finals last week.

Mesut Ozil is dealing with a back injury whereas Lucas Torreira has yet to fully heal from an ankle fracture he suffered in March.

Pablo Mari remains sidelined with an ankle knock whereas Bernd Leno, Gabriel Martinelli and Calum Chambers are all dealing with a knee injury.

Therefore, Sokratis Papastathopoulos is likely to get a start by Arteta, who looks set to put together a 3-4-3 formation as it helped the Gunners qualify to the FA Cup semi-finals.

JUST IN: How Liverpool chiefs responded when ex-Reds star once joked they should axe Jurgen Klopp 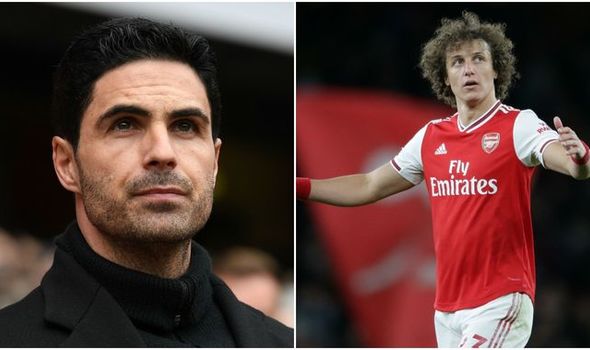 Emiliano Martinez will start between the sticks as Leno has been sidelined for the rest of the season, whereas Rob Holding and Shkodran Mustafi may be placed next to Sokratis in defence.

Hector Bellerin and Bukayo Saka could cover the right and left wing respectively whereas Granit Xhaka and Dani Ceballos are likely to link up in midfield once more. 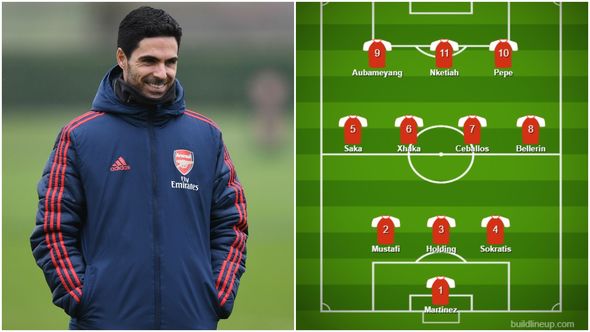 Nicolas Pepe, Pierre-Emerick Aubamayeng and Eddie Nketiah look set to lead the line in a match that Arsenal can’t afford to drop any points.

The north Londoners are 10th in the Premier League table with a whopping 11 points separating them from fourth-placed Chelsea.

Norwich are at the bottom of the table and six points adrift of safety following three successive defeats in the league.

Canaries boss Daniel Farke may have to make a late call regardign the fitness of Lukas Rupp (hip), Max Aarons (calf) and Adam Idah (quad) ahead of the game at the Emirates.

Timm Klose will be suspended whereas Moritz Leitner is dealing with a hernia and thus they will both be absent tonight.

The same goes for Grant Hanley, Christoph Zimmermann and Sam Byram, who are all out for the rest of the season as they have suffered a hamstring injury.