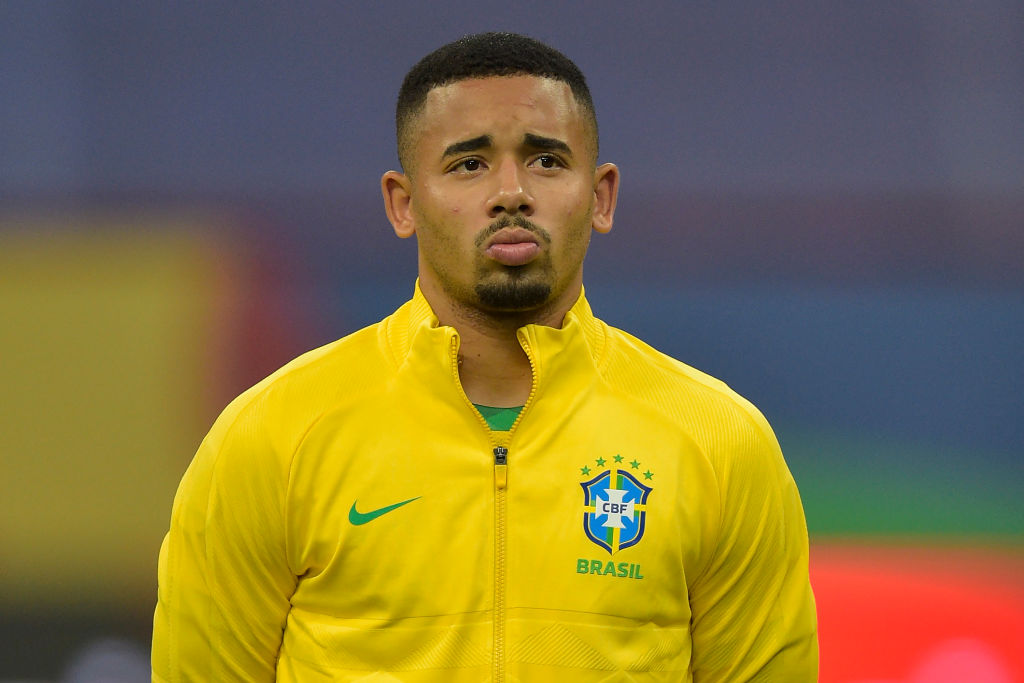 Arsenal’s £45million signing of Gabriel Jesus is a better deal than Tottenham’s £60million move for Richarlison, according to Tony Cascarino.

The two Brazil international forwards have both switch Premier League clubs this summer, with Jesus going from Manchester City to Arsenal and Richarlison swapping Everton for Spurs.

Tottenham have already rubberstamped a deal for Richarlison after the 25-year-old helped the Toffees avoid relegation last season.

Arsenal, meanwhile, are expected to announce the arrival of Jesus imminently, with the striker pictured at the Emirates Stadium earlier this week.

Jesus has scored 58 goals in 159 Premier League appearances, helping City win the title in four of the last five seasons.

Richarlison has netted 48 times in 173 top-flight games while playing for Watford and Everton.

Former Chelsea striker Cascarino thinks the Gunners have got a better deal than their north London rivals.

‘I think Gabriel Jesus ticks a lot more boxes and they’ve got him at a better price,’ Cascarino told talkSPORT.

‘If you said to me now who will get the most goals, I’d say Gabriel Jesus would get more goals than Richarlison for Tottenham.

‘He’s got an incredible work ethic. He plays every time I watch him like Richarlison did at the end of the season.

‘I’d love to see Richarlison be the player he can be and get all of the other antics out of his game and become a far more complete player.’