Aston Villa boss Dean Smith has slammed the awarding of a penalty which gave Manchester United all three points in the Premier League on New Year’s Day. Paul Pogba went down under a challenge from Douglas Luiz which led to Michael Oliver pointing to the spot.

Bruno Fernandes stepped up to convert the spot kick which gave the Red Devils all three points.

United took the lead in the match through Anthony Martial before Bertrand Traore equalised in the second half for Villa.

And Smith is adamant the penalty awarded for a foul on Pogba was wrong.

He said: “My view was it was a penalty from where I was stood.

“I thought Douglas Luiz got too tight with Paul Pogba but then I’ve just gone in and seen it back and I think he’s just tripped himself up. 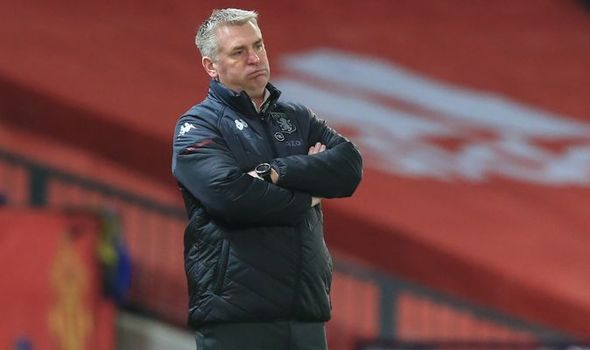 “I think there’s enough doubt there to send the referee over to the screen.

“I wasn’t happy with the first half. We were miles off the levels where we have been.

“It felt like a testimonial pace then they deservedly had the lead at half time. I told the players we needed to be upping our levels.

“We competed a lot better [in the second half], showed more quality and created chances.

“I’d take the second half performance all day long. A dubious penalty has lost us the game.

“We came here last season and had a good go. It was a tough season. We felt we would be better this season.

“When you look at our performances and results, it shows we are very competitive in this league now which is what we wanted it to be.”

He said: “He’s getting better and better. I think he played well today. They are a physical side and Paul’s one of these guys who can get hold of it for us. 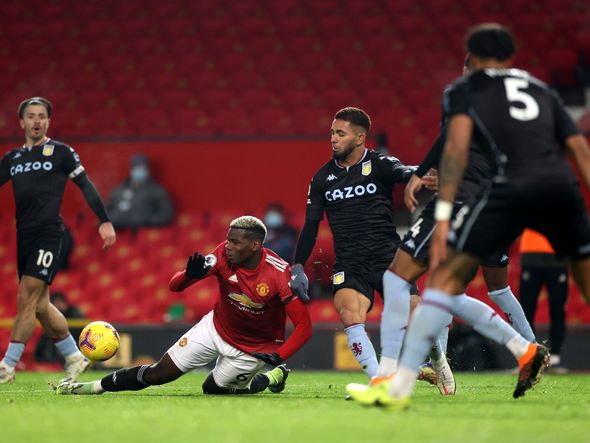 “Don’t get me wrong I’m delighted with the three points and the performance, but there’s always stuff to improve on. Those extra two points are important.

“We’ve improved. I think the league and the season is going to be so tight. We’ve just got to keep working and improving as a team.

“Every time you win a game you take one step further. You’ve just got to accumulate the points. They all count the same.

“We’ve got a big game on Wednesday against City, I’m not even thinking [about playing Liverpool] yet.”