Barcelona have decided to get rid of Philippe Coutinho – and appear to have already leaked that information to Antoine Griezmann. The former Liverpool playmaker is set to be sold by the Nou Camp giants when he returns from a mixed loan spell at Bayern Munich. Despite his fallen stock, they value Coutinho at €120million (£106.9m) as they are looking to recoup as much of the €142million they spent securing his services back in January 2018.

Coutinho managed 21 goals and 11 assists in 18 months with Barcelona and was booed by supporters before being loaned to Bayern at the start of the 2019/20 campaign.

The 27-year-old has only contributed nine goals and eight assists in 32 appearances in all competitions for the Bundesliga big boys so will return with his tail between his legs.

According to the Daily Mirror, Barcelona are already preparing for Coutinho’s departure and have promised Griezmann he can have the No 7 shirt next season.

The World Cup winner, who had that number at former club Atletico Madrid, currently wears the No 17 jersey. 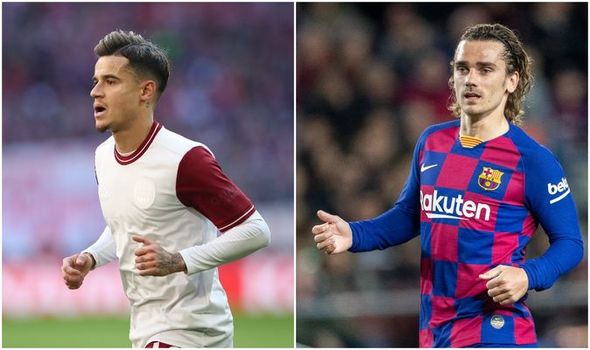 He has admitted that he has his eyes on Coutinho’s number. “I would like to recover the seven,” he said on Sunday.

Griezmann was unable to claim the No 7 jersey because the season had begun before Coutinho’s departure.

He completed a long-awaited transfer to Barcelona for €120million last summer but has failed to shine, chipping in with 14 goals and four assists in 37 appearances.

Griezmann has been linked with a move to Manchester United but would reportedly only consider that switch if Paul Pogba remained at Old Trafford.

ESPN journalist Julien Laurens said: “Why would you let him go? And from what we were told before, he never wanted to go to England anyway. 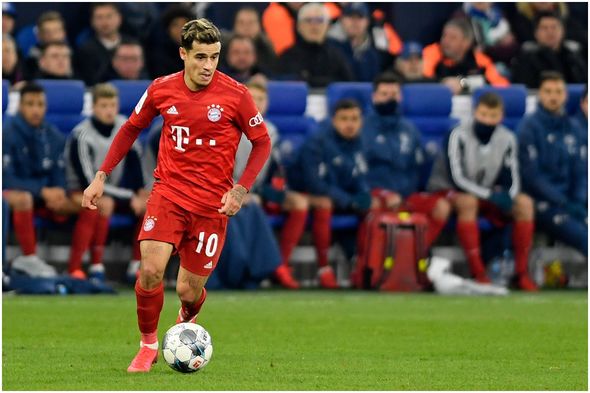 “His wife Erika doesn’t want to move out of Spain, he’s very happy in Spain, Spain is his second country but probably more his country than France and I don’t really think England is really appealing to him.

“The thing that could appeal for him to go to Manchester United is Paul Pogba.”

Meanwhile, Griezmann has admitted he misses football “enormously” due to the ongoing coronavirus outbreak.

“The confinement is going OK but you can’t do anything,” Griezmann said. “I miss football enormously. I don’t have any idea when it will be able to resume, I don’t even know when training will start again.

“I am disappointed about the postponement of the European Championships but it was for the best because (France) have a lot of injured players this season.”