Behind closed doors games ‘almost entirely wipe out home advantage’, reveals study into every game without fans in Europe since 2000

A study has shown that playing games behind closed doors can ‘effectively mean a removal of home advantage’.

According to The Conversation, home teams usually win 46 per cent of matches when fans are in attendance, but the study shows that they win just 36 per cent of fixtures which are played without any supporters.

The study took into account all competitive behind closed doors games in Europe since the Second World War, with the majority of those fixtures having taken place since 2002. 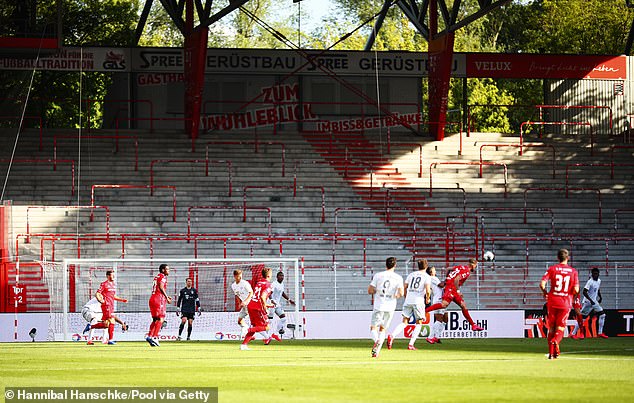 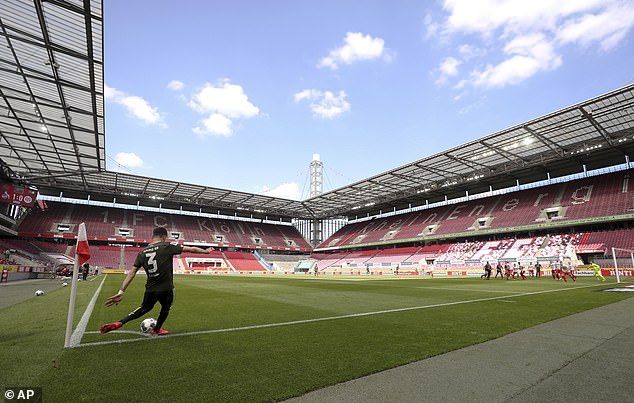 Without fans, home teams’ chances of winning are reduced from 46 per cent to 36 per cent

The games included 191 fixtures across the French and Italian top flights, and in European club competitions, as well as one in La Liga.

A key finding is that away teams tend to win 26 per cent of the time with fans, but that number is increased to 34 per cent without fans.

In addition, the home sides tend to score fewer goals without supporters, while away sides also receive 0.5 fewer yellow cards per game.

Less injury time is played when there aren’t any fans. However, this isn’t as significant as other factors in terms of impacting results. 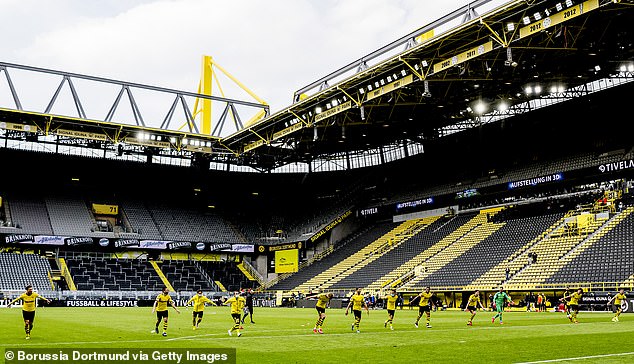 Home sides tend to score fewer goals without fans, while away sides get less yellow cards

Due to the coronavirus pandemic, it is likely that behind closed doors fixtures will become the norm for some time, with the Bundesliga, for instance, having returned with games played in empty stadiums.

In the Bundesliga this weekend, just one out of the nine home teams won, with Borussia Dortmund beating Schalke 4-0.

There has been much debate regarding whether to the remaining Premier League games should be played in neutral stadiums.

Some clubs, particularly those fighting relegation, reportedly fear that the loss of home advantage could be hugely detrimental.