Ben Chilwell to Chelsea: Shirt numbers star could wear as Blues close in on £50m deal

Chelsea are on the hunt for a new left-back this summer and are thought to be nearing a £50million deal for Ben Chilwell. Leicester initially branded the 23-year-old with an £80m price tag but the England international is believed to be keen on a move to Stamford Bridge, forcing the Foxes to adjust their stance.

Chelsea would still be forced to shell out a significant fee for Chilwell, but Blues manager Frank Lampard is prepared to sanction a deal in order to secure his priority defensive target.

Club director Marina Granovskaia is thought to be in discussions with Leicester over the transfer, having already sealed the signings of Hakim Ziyech and Timo Werner ahead of the summer window.

Chelsea are also in negotiations with Bayer Leverkusen over a move for Kai Havertz, but it appears Chilwell is more likely to arrive at Stamford Bridge first.

The Leicester academy graduate has already undergone medical assessments on a heel injury that kept him out of the final three games of Leicester’s campaign. 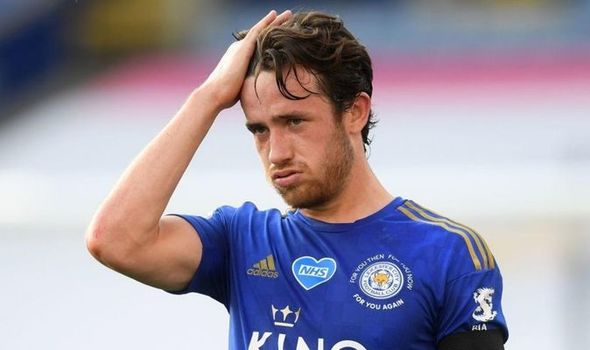 Chelsea have been informed of the results, and it is believed that Chilwell will be fit to return to training again in around three weeks – just before the season starts.

The west London club’s bargaining position was strengthened by their fourth-place finish in the Premier League last season, meaning that – unlike Leicester – they can offer Champions League football next term.

Chilwell currently occupies No 3 at the King Power stadium but would have to wrestle the jersey from current incumbent Marcos Alonso, unless the Spaniard moves on this summer.

Both Alonso and Emerson Palmieri have been linked with moves away from Chelsea, having failed to consistently impress Lampard last season.

But the latter is favourite to depart with former Blues manager Antonio Conte keen on bringing the Italian to Inter Milan.

Therefore, Chilwell may have to be content with a different squad number if Alonso refuses to relinquish his current shirt.

No 33 will be available if Emerson does leave the club this summer while No 27, No 30 and No 32 are all vacant.

No 6 is technically claimed by midfielder Danny Drinkwater, who spent last season on loan at Aston Villa, but is expected to become vacant if Chilwell’s old team-mate moves on. 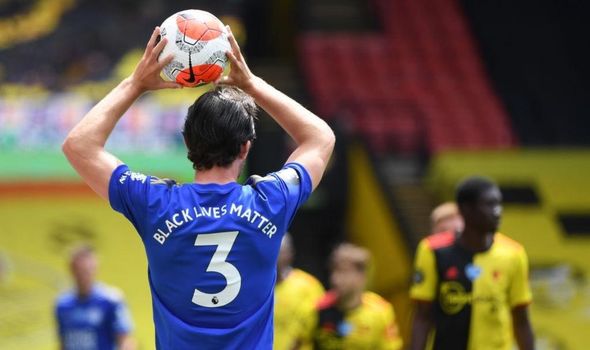 Willian (No 10) and Pedro (No 11) have both left the club on free transfers but their shirts appear to be lined up for Ziyech and Werner respectively.

However it remains to be seen how much longer Tiemoue Bakayoko will lay claim to No 14 and likewise No 15 and No 16 are set to be available once more with Victor Moses expected to make his temporary spell at Inter Milan permanent while Kenedy has been out on loan at Getafe this season and is not part of the first-team picture.

Roma are interested in taking Davide Zappacosta on loan again after injury blighted his time at the Stadio Olimpico, so No 21 is likely to be another option for Chilwell.

Finally, No 25 and No 26 are technically up for grabs but it appears that Chelsea have unofficially retired the iconic shirts after the exploits of Gianfranco Zola and John Terry.