For years he was in the shadow of Cristiano Ronaldo and Lionel Messi but now Karim Benzema has emerged as a contender for the title of most prolific scorer in Spain and he has even been dubbed the world’s best centre forward and greatest striker in France’s history.

The top scorer charts in Spain have him currently on eight goals level at the top with Villarreal’s Gerard Moreno and Celta Vigo’s Iago Aspas, one goal clear of Luis Suarez, Mikel Oyarzabal and Lionel Messi.

But take penalties out of the equation and Benzema is clear at the top still with eight goals and only Suarez on seven comes close to him. Moreno would have just four, Aspas and Messi five, and Oyarzabal only two. 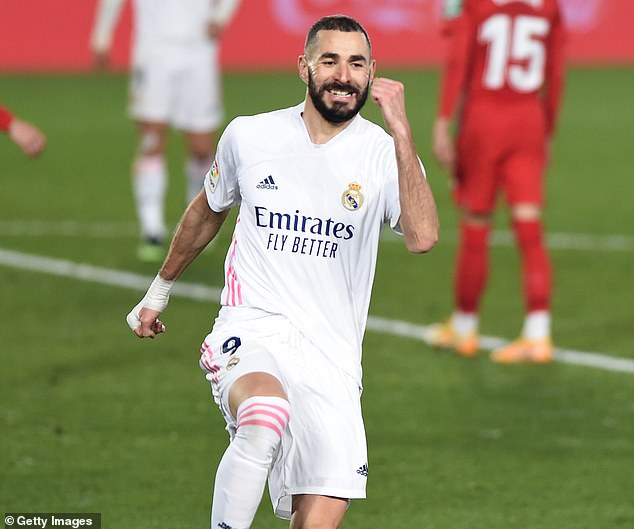 Benzema has never been Real Madrid’s penalty taker. For years he ceded that right to Ronaldo, and now it’s Sergio Ramos who steps up. Benzema could take them, of course he could.

When he has had to score from the spot for Real Madrid he has never missed with 11 successes from 11.

But he only steps up when he is needed – it’s the story of his career.

For years Ronaldo was the only talisman the club needed but in his absence Benzema has filled the void.

In Zinedine Zidane’s first spell as Real Madrid coach, Ronaldo was responsible for 28 per cent of Real Madrid’s goals. In Zidane’s second spell Benzema has scored 29 per cent.

The French forward has 12 goals in all competitions with four in the Champions League. He was the first to 10 in Spain this season.

Now that Messi is clicking with Pedri and playing with a smile on his face he might start find the back of the net more regularly and he has the advantage over Benzema that he takes all the spot-kicks but Benzema may never have a better chance to finish top-scorer in Spain. 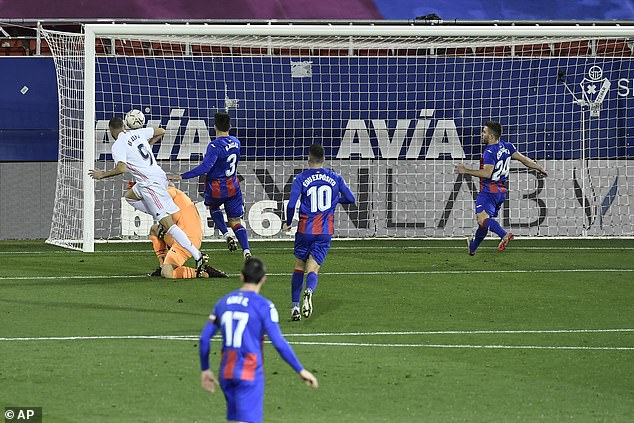 It’s a big deal in La Liga with the ‘Pichichi’ award named after Rafael Moreno Aranzadi who scored goals for fun in the second decade of the last century for Athletic Bilbao. Benzema deserves to win it at least once before he retires.

Not that retirement is on the horizon. Snubbed by French coach Didier Deschamps he has fewer miles on the clock than other players who share his age.

The 33-year-old could keep playing for a good while longer on current form and even if he doesn’t top score in Spain his record season haul of 32 from the 11-12 season is definitely under threat.

Eibar coach Jose Luis Mendilibar referred to Benzema this week as the most complete striker in the world. His ability to drift into wide areas or drop into midfield has always been there and made him the ideal complement to any blinkered goal-getting strike partner but he has also shown that he can convert the threaded passes and finish the crosses himself. It’s all a far cry from the days when Jose Mourinho disparagingly referred to him as his ‘cat’. Contrasting his qualities with those of Gonzalo Higuain, Mourinho said: ‘When I don’t have my dog, I will have to go hunting with my cat.’

If Benzema didn’t always have Mourinho on his side he has never had to worry about what his president thought.

Florentino Perez is perhaps his most important sponsor ever since signing him from Lyon ahead of Manchester United in 2009. And Zidane loves him too. He was asked recently if he thought Benzema was the greatest French striker of all time and he replied: ‘For me he is yes.’

Deschamps would not agree and would point to France winning the World Cup without him, but it still feels like a missed opportunity to play Kylian Mbappe and Antoine Griezmann with Benzema in attack. 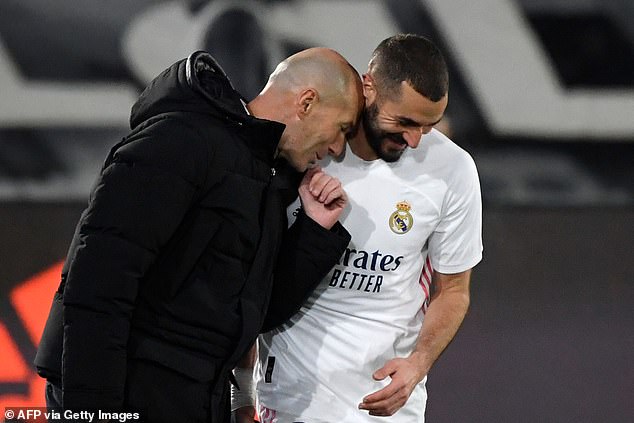 Zinedine Zidane relies on his star striker, and has been rewarded with eight goals so far 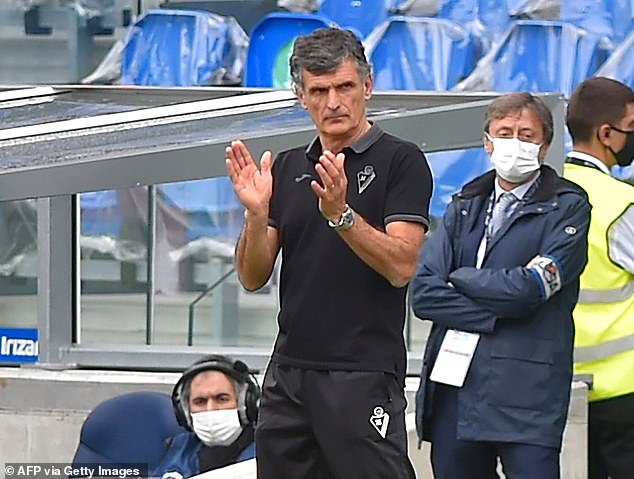 There is still a chance Benzema will partner Mbappe at Madrid. The Spanish club are hoping the pull of the French revolution under Zidane at Madrid will mean Mbappe runs his contract down and moves to the Spanish capital on the cheap.

Before all of that he has a league to win and a Pichichi award to pocket and he continues to move up the all-time top scorer list at Real Madrid.

For years Benzema was never taken wholly seriously. Those days are long gone. Real Madrid’s number nine is the club’s number one now – and their best argument for them winning things this year.