Athletic Bilbao will ensure club legend Aritz Aduriz can play in the Copa del Rey final by giving him a special contract, according to reports in Spain.

Aduriz’s current deal expires in June, meaning he could be a free agent by the time the football seasons resumes following the end of the coronavirus crisis.

That would mean the 39-year-old would be ineligible to play for Bilbao in their cup final against Real Sociedad, which was originally scheduled for April 18. 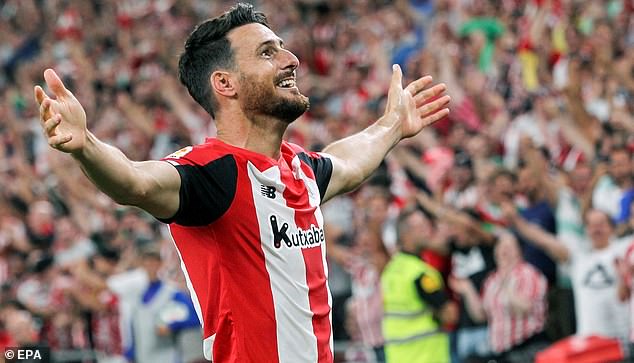 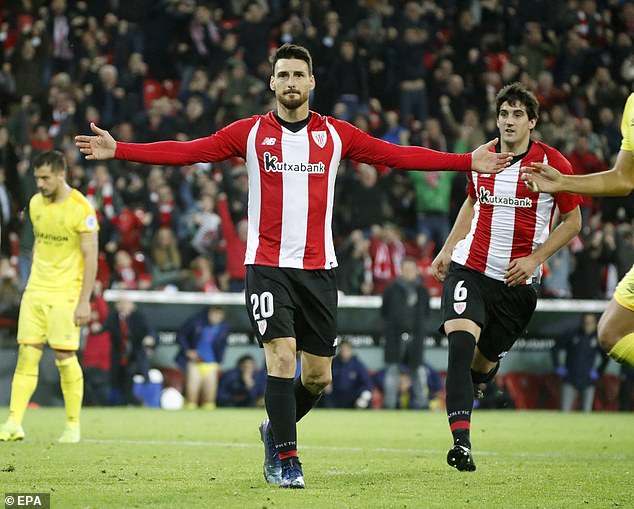 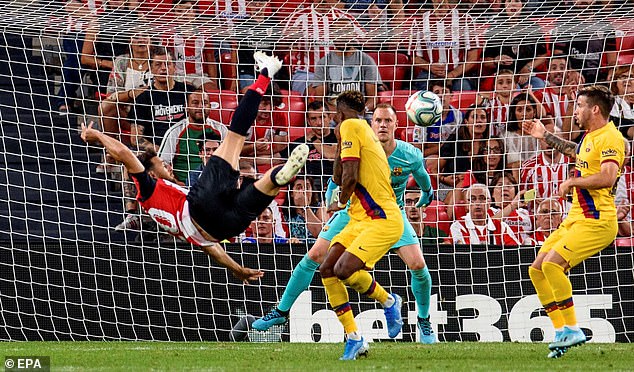 The game was postponed after the Spanish football season was suspended following the global health crisis but there is hope it will restart soon.

But AS reports that Bilbao and Aduriz are desperate for him to feature in that showpiece fixture and will award him a new short-term deal.

Despite his advancing years, Aduriz remains a useful member of the club’s playing squad and scored a stunning winner in the opening day victory over Barcelona in August.

The veteran has earned legendary status at San Mames after three goal-laden spells at the club between 2002 and the present day. 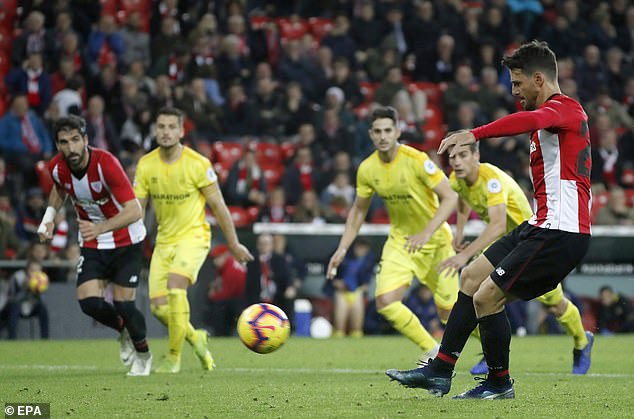 Aduriz made his Bilbao debut back in 2002 but was sold to Valladolid after making just three appearances in two seasons.

The decision to sell him back fired as the striker scored 24 goals in 46 games in the 2004-2005 season, prompting Bilbao to bring him back to the club.

He spent a further two seasons at San Mames, during which he found the back of the net on a regular basis before spells at Mallorca and Valencia between 2008 and 2012.

He returned to Bilbao for a third spell in 2012 and was part of the side that lost the 2014 Copa del Rey final, though he did seal silverware by winning the Supercopa de Espana in 2015.