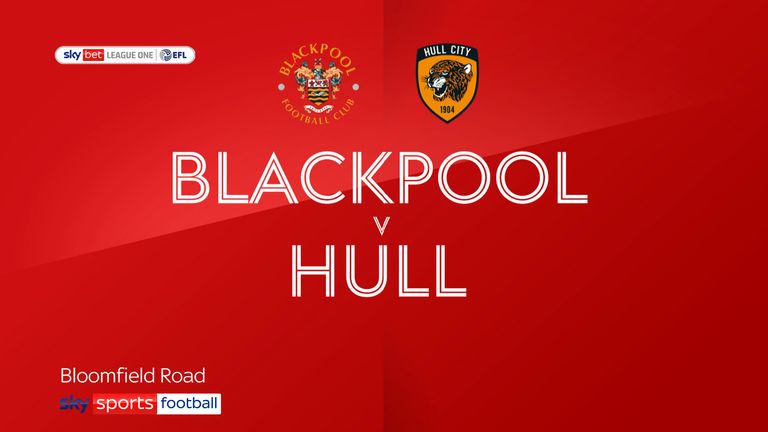 CJ Hamilton was Blackpool’s hero with a stoppage-time winner as they upset League One leaders Hull in a fine 3-2 victory.

Mallik Wilks fired Hull ahead seven minutes before the break with a neat close-range finish. It was the striker’s seventh league goal of the season and ninth in all competitions.

But Jerry Yates equalised for the home side on the stroke of half-time, smashing left-back Luke Garbutt’s low cross into the roof of the net.

Blackpool skipper Chris Maxwell produced a fine fingertip save to thwart James Scott, who thought he’d scored just 33 seconds into the second half with a fine right-foot curler.

That save proved pivotal as Keshi Anderson fired Blackpool in front in the 66th minute when he drilled an incisive long ball into the bottom corner.

Reece Burke scored a headed 89th-minute equaliser, his first league goal for three years, to seemingly salvage a point for the Tigers.

But Hamilton popped up in the third minute of stoppage time – hammering home a loose ball – as Blackpool claimed a first home win over Hull for 13 years.