Borussia Dortmund ace Marco Reus has fired a warning to Bundesliga title rivals Bayern Munich ahead of the competition’s resumption on Saturday amid the coronavirus pandemic.

Dortmund trail Bayern by four points with nine games of the 2019/20 campaign still to play.

BVB will be looking to keep the pressure on their foes by beating Schalke in the Revierderby this afternoon (2.30pm).

But Reus, who will miss the clash due to a muscular injury, has already set his sights on the crunch clash with Bayern in 10 days’ time.

“We’re four points behind them and still have to play against them,” he said. 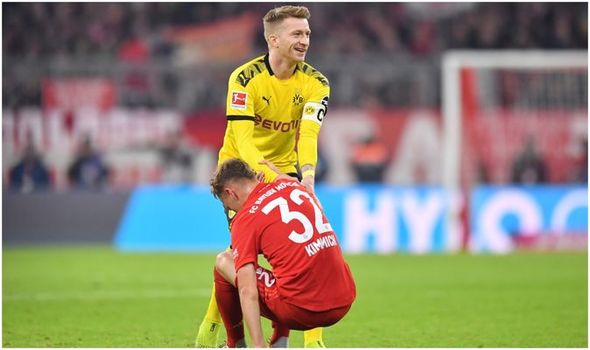 “I want to win the league this year and the chance is still there, despite all the problems,

“We can put them under pressure with a win in a fortnight.”

The Bundesliga is the first major league in the world to get back underway after professional football was ground to a halt in March due to the COVID-19 outbreak.

Due to social distancing measures, the matches will take place behind closed doors. Reus admits the lack of fans is a blow but is aware that is the only way games can proceed at the current time. 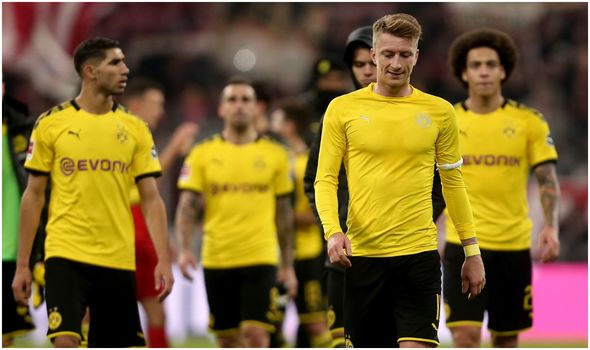 He said: “Of course it is a pity that we have to do without the support of the fans. We are going to need it a lot. Anyone who has ever been on the lawn of the Westfalenstadion knows what forces our fans can unleash. The south end, with 25,000 spectators, is like an engine that accelerates you.

“We are going to miss them. But I insist: there is no alternative. No one should complain about the conditions in which we are allowed to play.

“Players are role models for all of society. If we do not responsibly treat the opportunity we have in Germany, we would be stupid.

“I hope the fans are sensible and watch it from home, and that this football does not provoke large concentrations of fans. That would be irresponsible.”

Reus is aware the eye of the world will be on the Bundesliga as rival competitions attempt to restart play, and he told El Pais: “I don’t like the word ‘experiment’. Players are not laboratory rats to test with. But I know what it means.

“We are the first to start professional soccer in Europe. Probably the whole world will be seeing how it works. That shows the great responsibility we have. Each player must be an example.

“The pressure is already enormous. The Bundesliga restart will probably receive the same attention as the major finals.”