Bournemouth are set to confirm Gary O’Neil as their new full-time boss by the end of the week.

O’Neil stepped into the role after Scott Parker’s shock dismissal early in the season and has helped steady the ship at the Vitality Stadium.

The Cherries were 17th and had just taken a 9-0 hammering when the former Portsmouth midfielder took over, but have since lost just four out of 11 games in the league and risen to within striking distance of the top half. 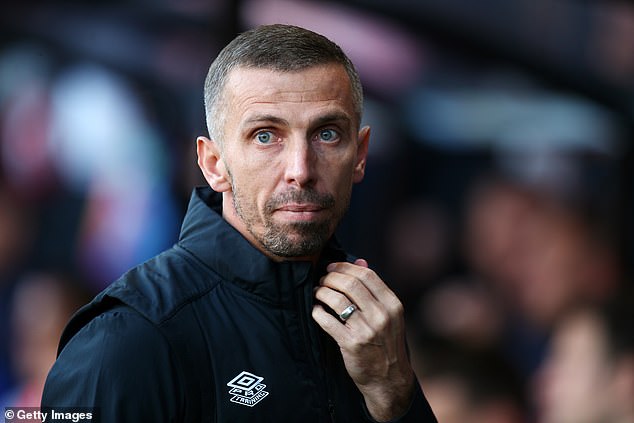 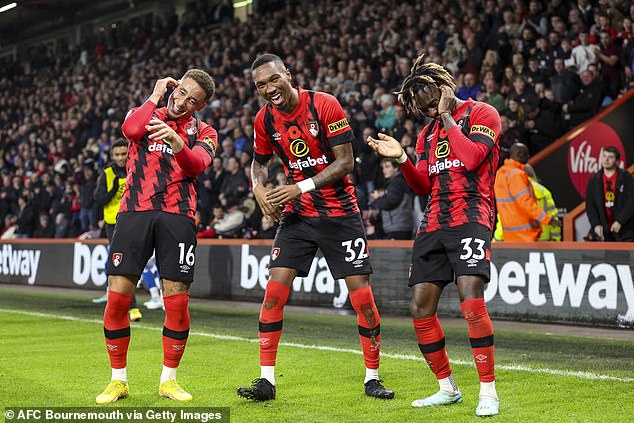 O’Neil will be rewarded for his fantastic work by being handed the job on a permanent basis.

New Bournemouth owner Bill Foley had considered a move for former Leeds boss Marcelo Bielsa before deciding to stick with his caretaker manager.

It is understood the south coast side are prepared to back him with significant funds in the January transfer market.

After their final match before the World Cup break, a dominant 3-0 win against Everton, O’Neil said of his time in charge: ‘I think 13 [points] from 11 is a good total.

‘As always, I wish it could have been more, especially with some of the situations we put ourselves in.

‘A big cup win and 13 points from 11 Premier League games for a newly promoted side is good going. We scored a lot of goals as well.’