Brentford seem to have run out of puff as the marathon that is the Championship promotion race enters the home straight.

This was a fourth consecutive draw for Thomas Frank’s side as their ambitions of overhauling Watford and claiming the second fast-track ticket to the Premier League fade fast.

The Bees now trail in-form Watford by nine points and it will take a monumental transformation in fortunes now for them to avoid the play-offs and do things the straightforward way. 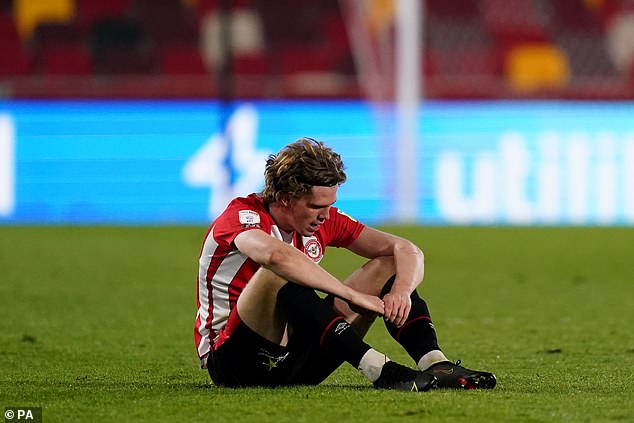 The point was far more useful for Birmingham, who matched the promotion chasers for long spells and are now seven points clear of Rotherham just above the drop zone, albeit having played four games more.

At least that end of the table offers some intrigue for the season finale. Norwich and Watford have turned an automatic promotion that promised drama to the last into little more than a procession.

As you’d expect, Brentford created the better chances but in limited numbers and Birmingham were disciplined enough to fend off the late onslaught.

It was an evenly-matched opening half in defiance of the two teams’ respective positions in the table. Both would have felt slightly annoyed not to be in front by the half-time whistle.

An early threat for Brentford came from the catapult long throws of Marc Roberts who seems able to propel the ball 40 or 50 yards into a chaotic and crowded penalty box with all the languid ease of a 90mph Jofra Archer delivery.

There were two or three of these early throws but Brentford dealt with them well enough and created the game’s opening chance when Ethan Pinnock was allowed two bites at a header from a corner, teeing up Mathias Jensen to blaze wastefully over.

But Birmingham should have led after 14 minutes. The move resulted from Brentford’s right-back Mads Roerslev, in for the injured Henrik Dalsgaard, losing out in an aerial challenge and suddenly Scott Hogan was spinning on halfway and surging forward. 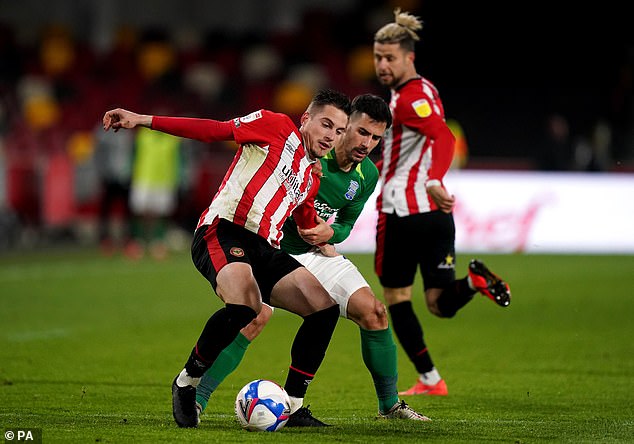 The Irishman reached the Brentford box, cut onto his left and fired a shot that ended up as a low cross to the back post. Whatever the intention, it picked Gary Gardner out perfectly but with keeper David Raya scrambling back his shot struck the base of the post.

That miss almost proved costly when Brentford carved out a golden chance of their own. Vitaly Janelt was excelling in Brentford’s midfield, combining industry with great vision to play the kind of pass that sent Sergi Canos clean through.

Kristian Pedersen and Ivan Sunjic were engaged in a fruitless chase of the Spaniard but as he approached Etheridge he seemed to delay a fatal split-second and his eventual dinked shot rolled wide of the post. 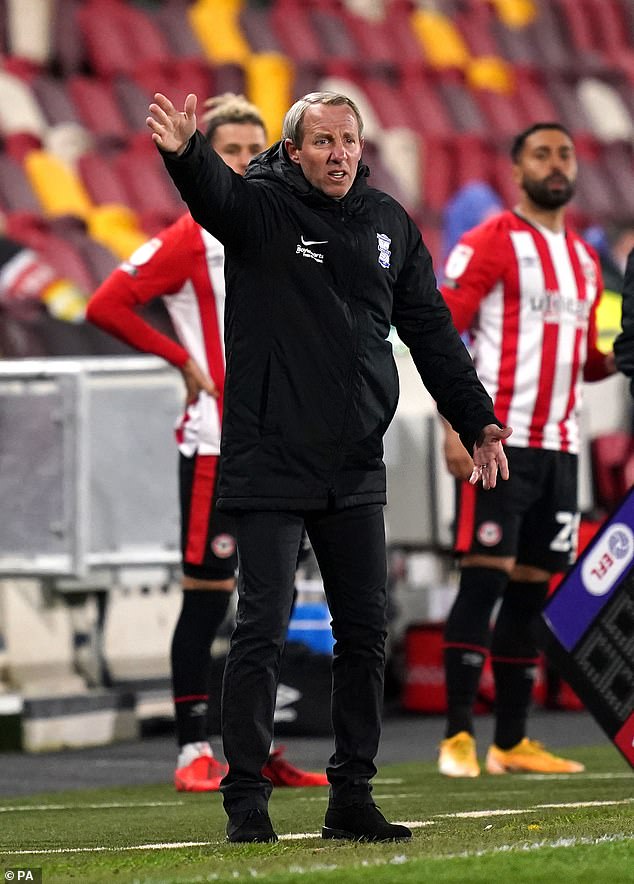 Lee Bowyer’s side are seven points above Rotherham, but have played four games more

Birmingham were more than holding their own and a hooked Maxime Colin cross found Lukas Jutkiewicz breaking ahead of his marker to head high and wide.

The Championship’s leading marksman Ivan Toney had been well contained but he did work enough space to shoot on 35 minutes, forcing Etheridge into a full length stop diving to his left.

And Etheridge made an almost identical save to deny Toney again early in the second-half after Canos played a lovely ball around the corner into his path.

Brentford appealed in vain for a penalty when Canos went down in the area under the slightest of contact from Harlee Dean.

The hosts continued to push forward and substitute Emiliano Marcondes dinked a ball into Mbeumo, whose header forced another reaction save from Etheridge.

Frank played all his attacking aces as the half drifted on, throwing on Marcondes, Saman Ghoddos, Tariqe Fosu and Marcus Forss but they had to settle for just a point once again.

But not before one moment of late tension. Gardner surged forward and fed Jonathan Leko to his right, his shot forcing Pontus Jansson into a vital block.