Brighton and Hove Albion boss Graham Potter says he is uncomfortable over the desire to resume playing football while the coronavirus pandemic is still hitting the country so hard.

Premier League clubs are meeting next week and the focus will be on how they can restart the season, having been suspended since mid-March due to Covid-19.

While the first peak of the virus is thought to have passed, there have been close to 20,000 confirmed deaths in the United Kingdom.

Potter, whose parents both died in the last year, insists that football should not be the priority right now.

“That’s what I find personally quite challenging. We speak about football at the same time as close to 20,000 people are dying,” he said.

“In lots of cases, people aren’t even able to hold the hand of the person that’s passing away, which is heart-breaking.

“I know from my own experiences that losing parents was hard enough. But to lose them to a virus when we could have done something about it … this discussion about when to play football and being safe to do so is not the most important thing for us to consider.

“Where we want to speak about football and around when we can start playing football, the reality of it is that we are in this horrendous situation where lives have been cut short and people aren’t able to hold the hands of their loved ones as they pass away.

“That’s the thing that we have to really remember all the time when we’re considering what the way forward is.”

It is widely accepted that if and when football can resume it will be behind closed doors, which raises some questions over the sporting integrity of the league.

For example, Brighton have had to play Liverpool, Manchester City and Manchester United away from home in an intense atmosphere but will not get the advantage of playing those teams in front of their own fans.

Potter says there will be an element of home advantage still.

“It’s a Premier League game but the passion and the involvement of the crowd is not there,” he said. “You have to deal with that by playing football at the training ground, for example, because there’s nobody there then. 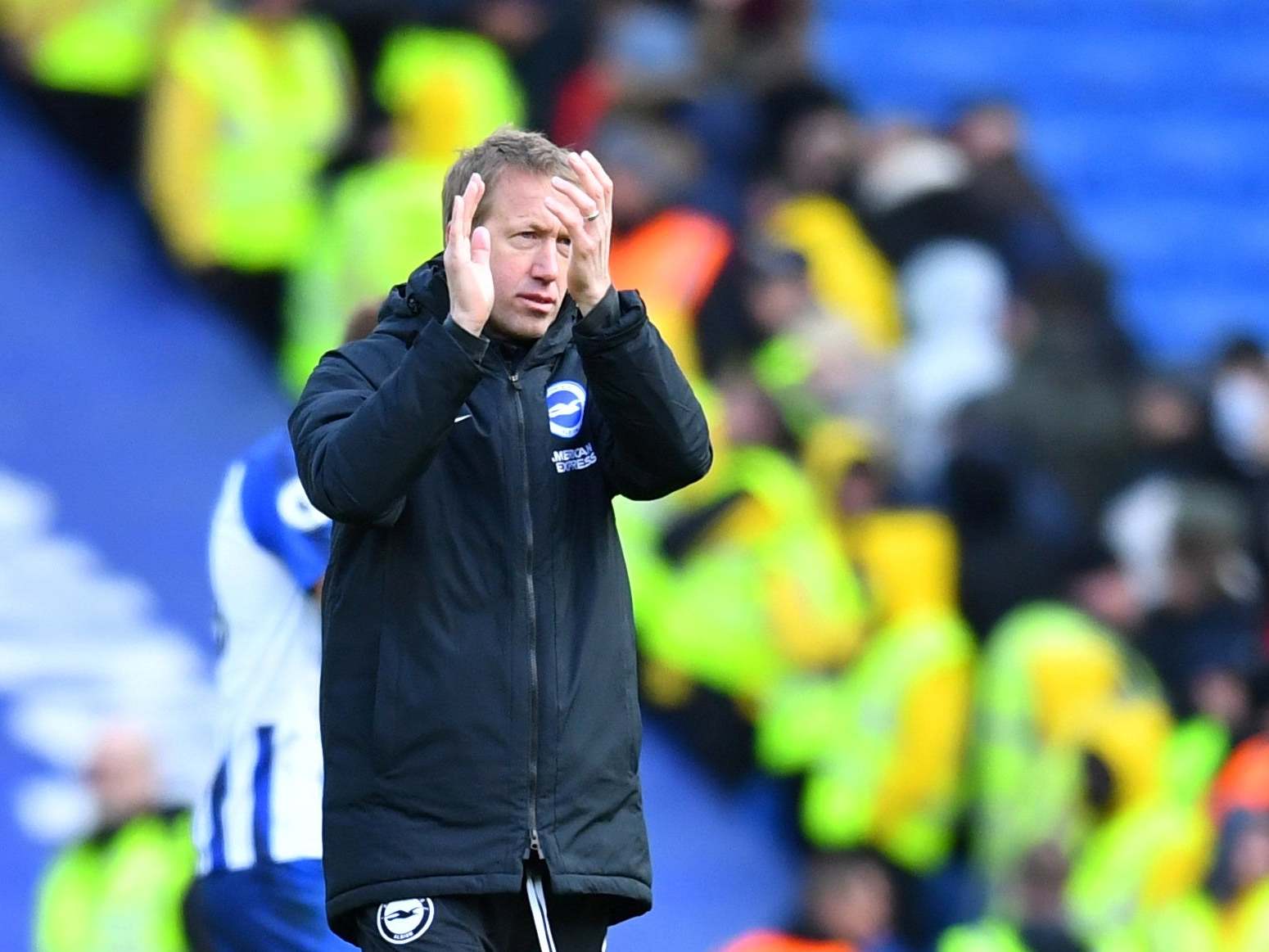 “But once we finally get to the point where it’s safe to play a Premier League game behind closed doors, just playing football will be quite an emotional occasion.

“I think it will be a very poignant moment for everybody. It’s one we’re looking forward to but it’s going to be a challenge as well.

“The Premier League is about a passionate crowd, an involved crowd. That’s the beauty of the product.

“And all of a sudden we are going to something completely opposite of that. A sterile environment where there’s no atmosphere.

“You still have an advantage because you’re familiar with the surroundings. It’s your pitch, it’s your home. That’s still there.

“But you do lose the involvement of the crowd because they aren’t there. I think everybody would say ideally what we would like is to play in front of people. But the circumstances mean that we have to do what we have to do.

“It’s one of those things that we have to get on with and deal with as best we can. It will be interesting to see how it goes.”