Brown: Celtic would be worthy champions if season not completed

Celtic captain Scott Brown hopes rather than expects to finish the Ladbrokes Premiership season – but he insists their anticipated title win would be no less worthy if they have played their final game.

UEFA last week opened the door for the Scottish Professional Football League to declare Celtic champions after declaring leagues could end prematurely amid the coronavirus pandemic if Government orders and/or financial considerations meant it was impossible to play on.

Aberdeen have urged the SPFL to allow them to look carefully into the feasibility of completing the campaign, while Hibernian chief executive Leeann Dempster claimed this weekend she was hopeful games could be played over the summer months. 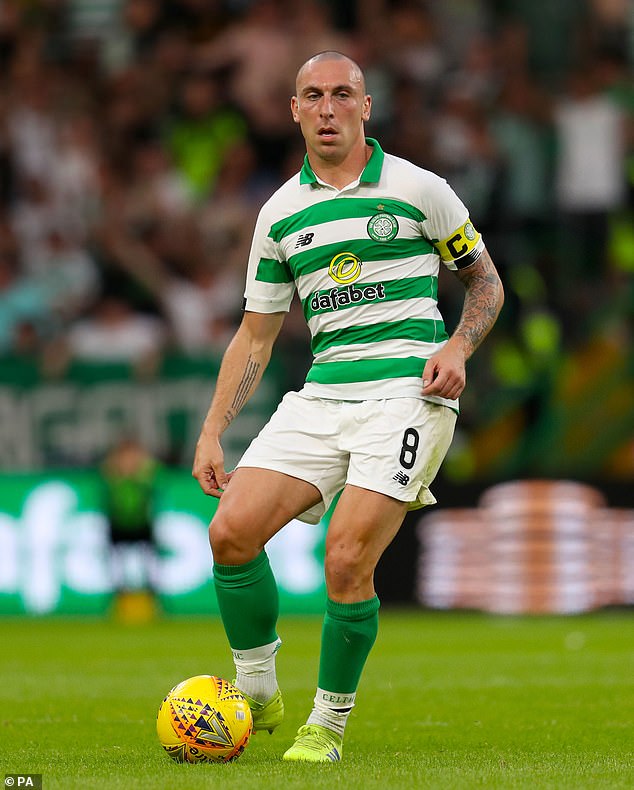 But Hearts owner Ann Budge raised doubt over whether Scottish football would return even by the end of 2020 and Brown does not think Celtic will get the chance to win the league on the pitch.

However, he feels their achievement would not be diminished in any way if their ninth consecutive title was sealed off the park.

Appearing on BBC Radio Scotland’s Sportsound programme, the midfielder said: ‘We are 13 points clear, we have got a great goal difference. We have eight games to play. Can any of you see us getting caught?’

Celtic have a 25-goal advantage over Rangers, who have a game in hand against St Johnstone and were due to host the champions two days after football was suspended amid the coronavirus outbreak. 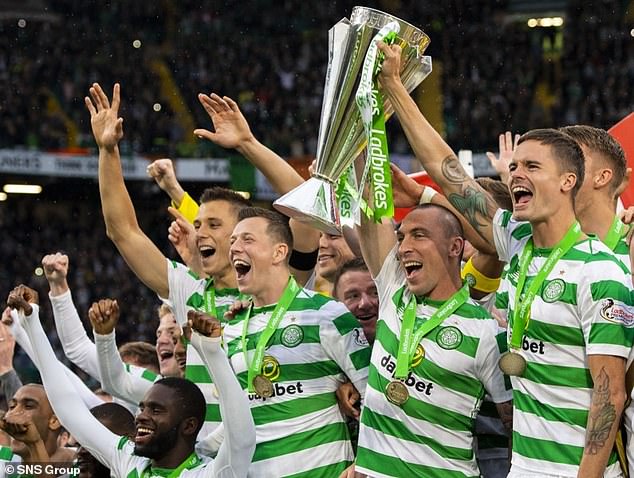 The 34-year-old added: ‘On a personal level I want to play. I want to show how well we have done over the whole season.

‘We’ve won a cup, we’ve done extremely well. We had a blip in December but then came back and won every game apart from Livingston away, on an artificial pitch against a team who are very well organised.

‘I would love to see it get finished to show how strong we were going to finish. In the last game we scored five goals against St Mirren, we were looking like a real threat.

‘We want to extend our lead at the top. We want to give the fans something to celebrate. We want that nine in a row and to make sure we’ve played as many games as we can.

‘But with what’s going on just now, social distancing, I can’t see the games getting played.’