Manchester United midfielder Bruno Fernandes has revealed he hopes to manage the club one day after outlining his desire to become a coach.

Fernandes has become a key member of the first team squad since his £68million move from Sporting Lisbon in January 2020, and while the playmaker has his best years ahead of him at the age of 26, he is already thinking about the path he will take after hanging up his boots.

The Portugal international, who has 24 goals and 13 assists for the Red Devils this season, admits he wants to be involved in football long after he retires – and thinks the United job would be the biggest he could take. 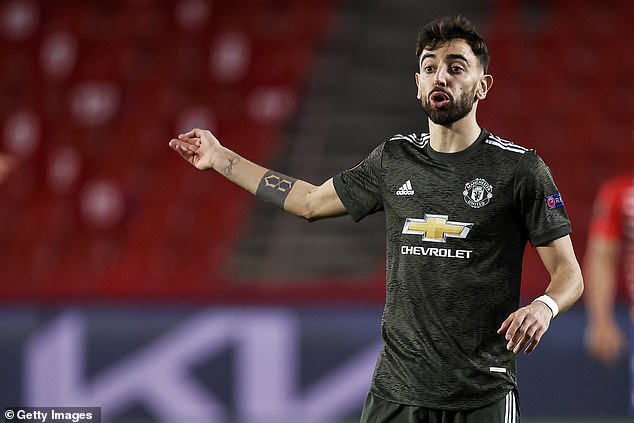 Speaking to the club’s official website after being asked which club he would like to manage, he said: ‘I think, in the past, I think more in my future. Now I’m seeing time passing and seeing kids coming from 2000, 2001, 2002, and my sister is from 2000, so it’s making for some confusion in my head.

‘I don’t know which team I would like to manage. Of course, the biggest team if I can manage Manchester United, I will be happy. I can leave now just some words so if people see this, if I’m a manager in the future, the fans can make some pressure to bring me as a coach!

‘But I think I would like to be a coach in the future. I’m not sure but for what I feel for football, for the feeling I have, I think I have to continue to be inside of football because my whole life is about this. So I think, in the future, it needs to be with football too.’ 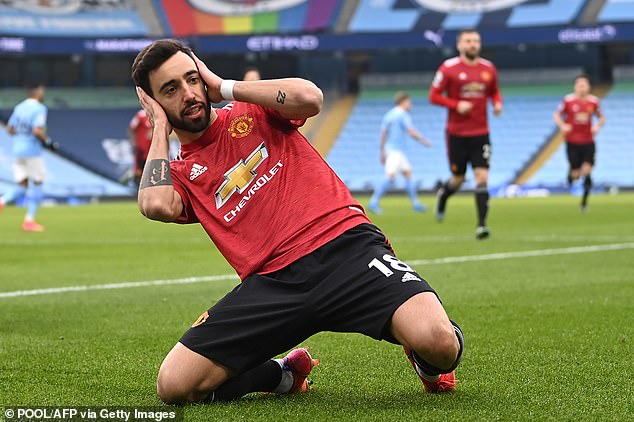 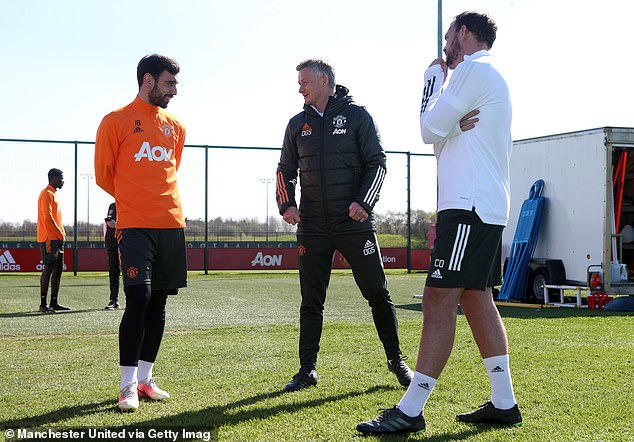 For now, Fernandes has a huge role to play on the pitch for United as their top scorer, their biggest provider of assists and a leadership figure – having inspired the team to second place in the Premier League table.

He and his team-mates endured a rocky start to the season, with manager Ole Gunnar Solskjaer’s future heavily scrutinised, but the team rallied to storm up the table – briefly battling City for the title but now look likely to settle for runners up.

The Europa League is still a possibility as they look to end the season with silverware, and Fernandes has raved about the job Solskjaer has done since taking over as permanent boss in 2019.

‘I think, honestly, the team has improved a lot since I arrived,’ he added. ‘I feel the improvement but I think the team is improving since the coach [Ole Gunnar Solskjaer] arrived. He’s trying to put his hand on the team and make it better and better.’