Dominic Calvert-Lewin is in line to make his long-awaited Everton return after four months on the sidelines, as Rafa Benitez likens the fit-again striker to a ‘massive signing’ in the second half of the season

Everton manager Rafael Benitez has likened Dominic Calvert-Lewin to a new signing as the striker prepares to make his first appearance since August.

The England international scored in each of the club’s first three matches of the season, but a thigh injury and subsequent setback in his recovery has denied the Toffees boss his services until now.

There will be a temptation, especially with Richarlison still sidelined by a calf problem, to put Calvert-Lewin in from the start at home to Brighton on Sunday. 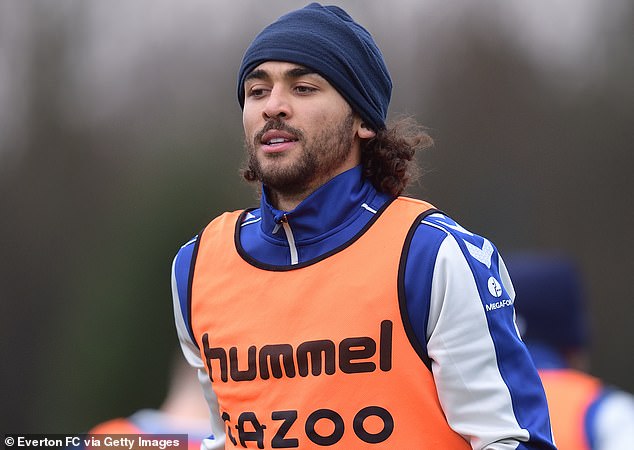 However, while Benitez is delighted to have last season’s leading scorer back, he has sounded a note of caution about placing too much expectation on him.

‘He’s a massive signing for us in the second part of the league,’ he said.

‘Last year the top scorers of this team were not playing this year so, if we bring him back and a few weeks later Richarlison, we have more options there, we can think of the second part totally different.

‘I’ve explained before that one thing is match fitness that you can improve by playing games and the other thing is fitness. 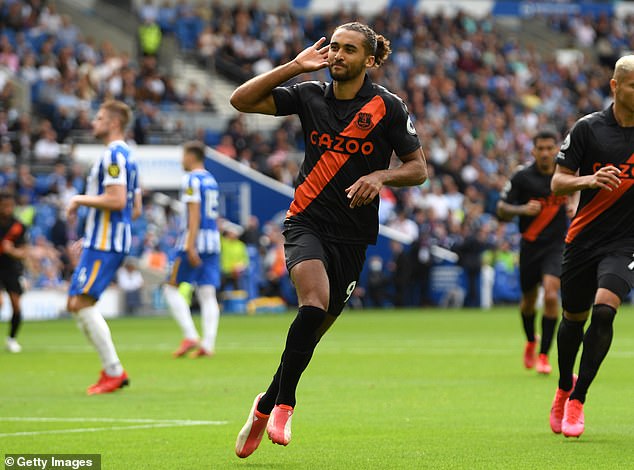 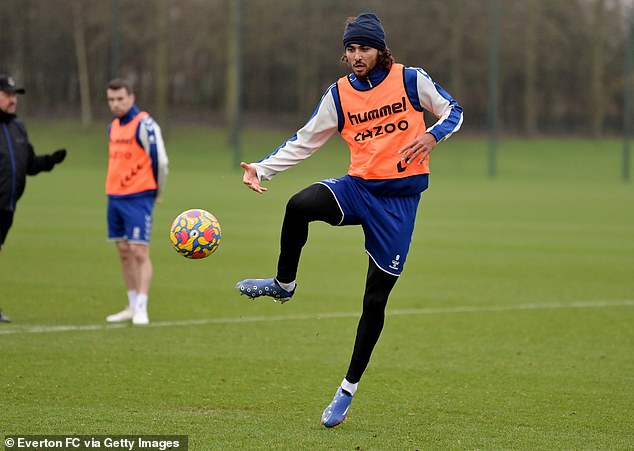 ‘Fitness-wise he is getting better. Match fitness, we will see. Maybe he scores three goals in the first half and we don’t need to worry about his match fitness, but I think the issue will be how long he can play if he starts the game or, if he comes from the bench, how much impact he can have on the game.

‘We are considering all of these things but he is training really well and he is really happy because he is with the team and is ready to play and score goals.’

The match will be Everton’s first in more than a fortnight after having games postponed against Burnley and Newcastle.

That proved to be something of a double-edged sword as, while it has left them without competitive action, it has given a long list of injured players time to continue their rehabilitation.

‘The problem here is that we were expecting to play. When you cancel a game, you have to change the plan for the team. You want to play, so mentally we are ready,’ added Benitez.

‘It (the overall fitness situation) was not changing too much, the only one is Dominic who had one week extra to improve.

‘It was too early for him to play the last one, still now it’s early but at least he has more chances to do well.’