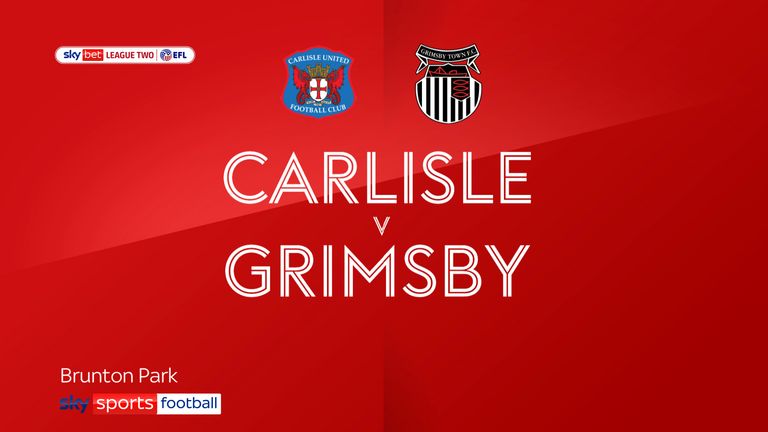 Grimsby Town were forced to settle for a point after Offrande Zanzala’s last-gasp equaliser in a 1-1 draw at Carlisle.

The rock-bottom Mariners are desperate to maintain their Football League status and Lenell John-Lewis had seemingly wrapped up the points with his first-half header at Brunton Park.

But their resolute defence was agonisingly breached right at the death.

John-Lewis met Julian Lamy’s perfectly-placed cross to head the visitors in front in the 16th minute.

Omari Patrick should have done better when he volleyed straight at Jake Eastwood before the break.

John-Lewis could have put the game to bed as his effort on the turn flew wide.

And Eastwood looked to have ensured a vital three points in the visitors’ survival bid when he kept out Brennan Dickenson’s late header.

But substitute Zanzala was on hand to convert Rod McDonald’s cut back deep in stoppage time.

And that goal ended the Cumbrians’ worrying run of four straight defeats.

Chris Beech’s side have won just once since their enforced Covid-19 lay-off to leave their promotion push in tatters after six defeats in their last eight games.