City confirmed the departure of Georgia Stanway on Tuesday morning, with the England international joining Bayern Munich on a two-year deal, and Gareth Taylor’s side are set to lose another key player.

Sources in Spain told Sportsmail that a deal for Weir to join Real will be announced in the coming weeks. 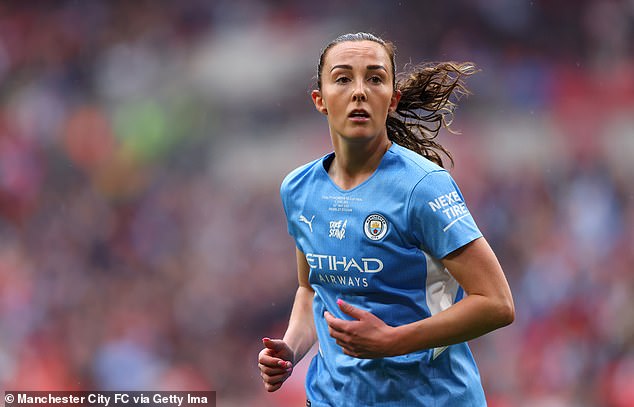 With her eye for a goal and ability to produce in big matches, Weir has long been a fan favourite at the Academy Stadium.

As well as winning two FA Cups and two League Cups since joining the club in 2018, Weir was twice nominated for the Puskas Award for goals against Manchester United.

Real finished 30 points behind Spanish champions Barcelona, who won every game of their league campaign, but they have ambitions of eventually competing with the Catalans. 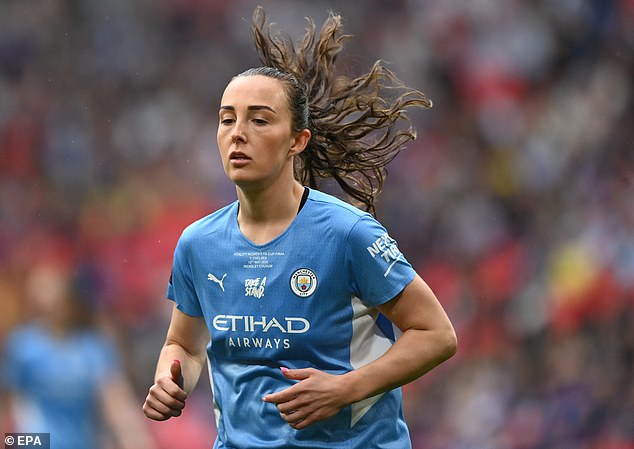 The club were previously formed as independent side ‘Club Deportivo Tacon’. In 2019, they underwent a merger with the men’s team and were officially rebranded in July 2020.

There could also be further out-goings from City after the Euros. The Telegraph reported that Lucy Bronze is weighing up a move to the United States’ NWSL, with the defender’s contract at City expiring at the end of the summer.

City boss Taylor was asked about the future of players who are out of contract this summer following his team’s defeat in the FA Cup final last weekend. 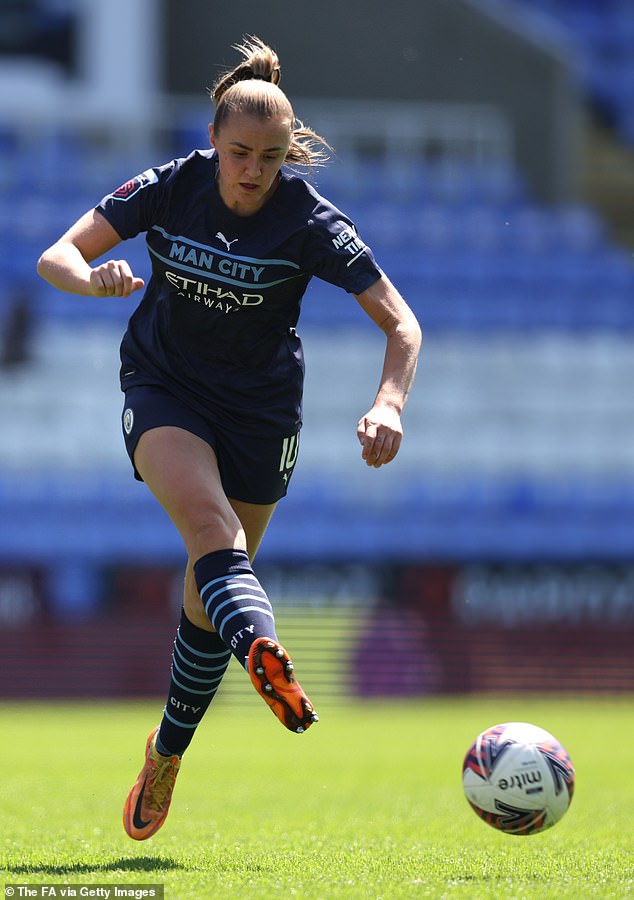 Sources in Spain said the move would be announced in the coming weeks, dealing a fresh blow to City after the loss of Georgia Stanway

‘If we can limit some of that, we’d be in a much better place – you normally see that teams that operate and function at a decent level are the ones that have less ‘surgery’ in the summer.

‘But at the end of the day, the game is the game and players have their ambitions or their lifestyle which may come into it. For us, we’re very at the front of trying to secure these players. Players go, players come, it’s as simple as that.

‘We want players who want to be here, that’s the main thing.’ 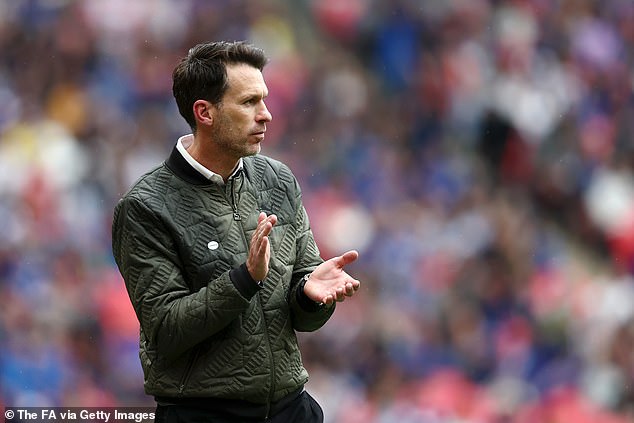