Chelsea’s board and owner Roman Abramovich have been driving the Blues’ pursuit of Kai Havertz instead of manager Frank Lampard, according to reports. The Bayer Leverkusen star is set to rubber-stamp his move to west London this week. And he’ll become their sixth signing of the transfer window in the process.

While many Premier League clubs have been wary of spending big this summer, Chelsea have splashed the cash with ruthless efficiency.

And they’ve also managed to bring Ben Chilwell, Malang Sarr and Thiago Silva to Stamford Bridge as they look to improve on their fourth-placed finish last term.

Chelsea have agreed a £72million fee with Leverkusen and personal terms have long been sorted, with the Germany international set to sign on the dotted line imminently. 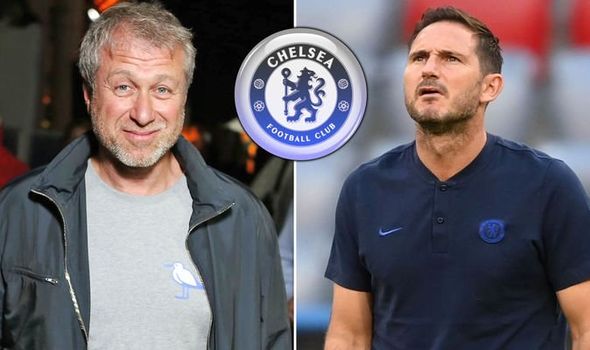 And Bleacher Report say it’s been the Blues’ hierarchy and owner Abramovich who have been pushing for the signing of the 21-year-old, rather than Lampard himself.

It’s claimed signing him wasn’t considered likely when Chelsea drew up their transfer plans at the beginning of the year.

But now the deal is said to be ‘too good not to do’ given there is currently no competition for the midfielder’s signature.

Manchester United were linked but have since signing Ajax’s Donny van de Beek, while also having interest in Jadon Sancho and Dayot Upamecano of Borussia Dortmund and RB Leipzig respectively.

And Real Madrid were also once in the frame but, because of the coronavirus crisis, are ruling out big-money signings this summer.

It’s claimed that Chelsea’s board believe Havertz’s talent and value is significant, making him worth the punt. 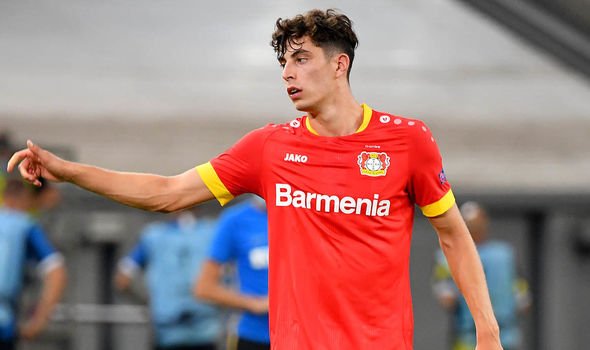 And Abramovich himself is said to be a ‘big admirer’ of the Leverkusen star, who scored 12 Bundesliga goals and registered six assists for Leverkusen last season.

Chelsea’s fee of £72m will eventually raise depending on appearances, trophies and other clauses in his contract.

But Chelsea expect to be competing for the title next term and believe Havertz’s versatility and creativity will benefit their squad.

Meanwhile, although the Blues are set to sign Havertz, ESPN pundit Gab Marcotti feels they should keep N’Golo Kante regardless.

The France international has been linked with a move to Inter Milan, with Antonio Conte previously managing the midfielder in west London.

And Marcotti said: He’s been linked to Inter, of course Antonio Conte worked with him at Chelsea and Conte is a huge Kante fan and sees him as an ideal guy in the mix.

“Conte likes his veteran players of course and Kante, how quickly he grew up, I’m close to calling him a veteran at this stage.

“I think from Chelsea’s perspective, you would never let him go. Certainly not with the players you have around him.

“Because while they do have a tonne of central midfielders, if you’re talking about defensive-minded midfielders to do what Kante does, it’s really just him.

“He is on big wages, Chelsea have spent money and the thinking is, this could be a way to get money back and let the other midfielders have a go.”