Chelsea boss Emma Hayes says women’s football should be ‘demanding’ the introduction of goal-line technology and VAR after a controversial goal was scored in the Blues 3-2 defeat to Arsenal on Sunday.

The Blues were beaten by the Gunners in the opening game of the Women’s Super League season on Sunday, but replays showed Beth Mead was in an offside position before she scored the third and crucial goal.

After a weekend of widespread coverage on Sky Sports and the BBC, Hayes said the absence of technology makes the women’s game feel like ‘second class citizens’. 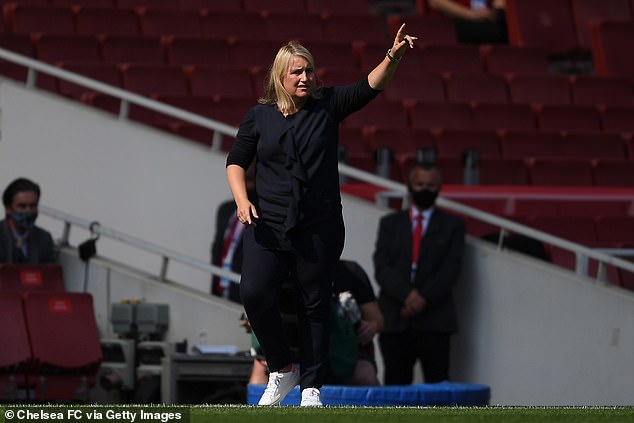 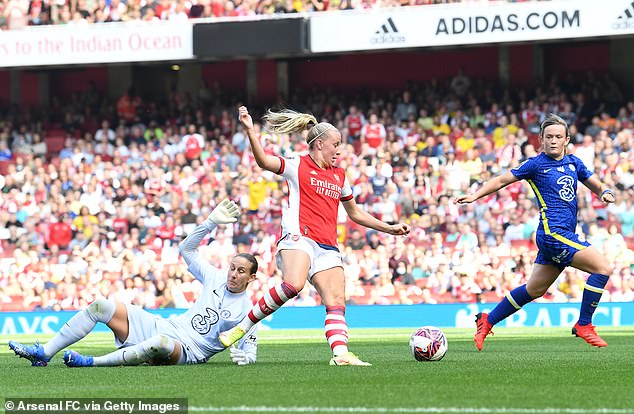 ‘It’s a yard offside. The positive is there’s goals for fans and a brilliant weekend for women’s football, there’s been good attendances,’ Hayes said.

‘The negative is that by putting our product in such a brilliant place with Sky in particular, it means everybody’s asking the question: “well why don’t we have goal-line technology and why don’t we have VAR?”.

‘I heard before the game that there was conversations around it and that it’s not a priority because it’s really, really expensive and I think we sell our game short.

‘We’ve got used to the idea of VAR and goal-line technology so I feel like not having it in the women’s game feels like we’re second class citizens.’ 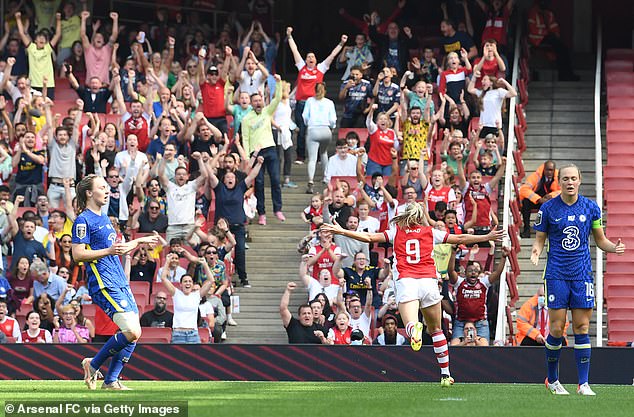 Hayes also told Sky Sports after the game: ‘We should be demanding (VAR). We shouldn’t accept lower standards for women’s football, we should expect that VAR and goal-line technology is a part of our sport as soon as possible.’

In the season opener on Friday, Reading could have had an equaliser against Manchester United, with replays showing Brook Chaplen’s shot had probably crossed the line. Instead, the score remained 1-0 and United went down the other end and netted a second five minutes later.

Manchester City boss Gareth Taylor also noted the absence of technology in the women’s game after his side’s 4-0 victory over Everton.

‘We’ve made big steps but we are still dragging our heels on a number of things. Goal-line technology, how hard is that to achieve?’ 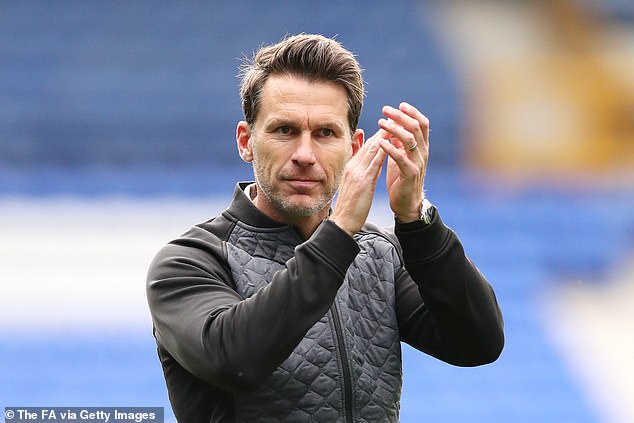