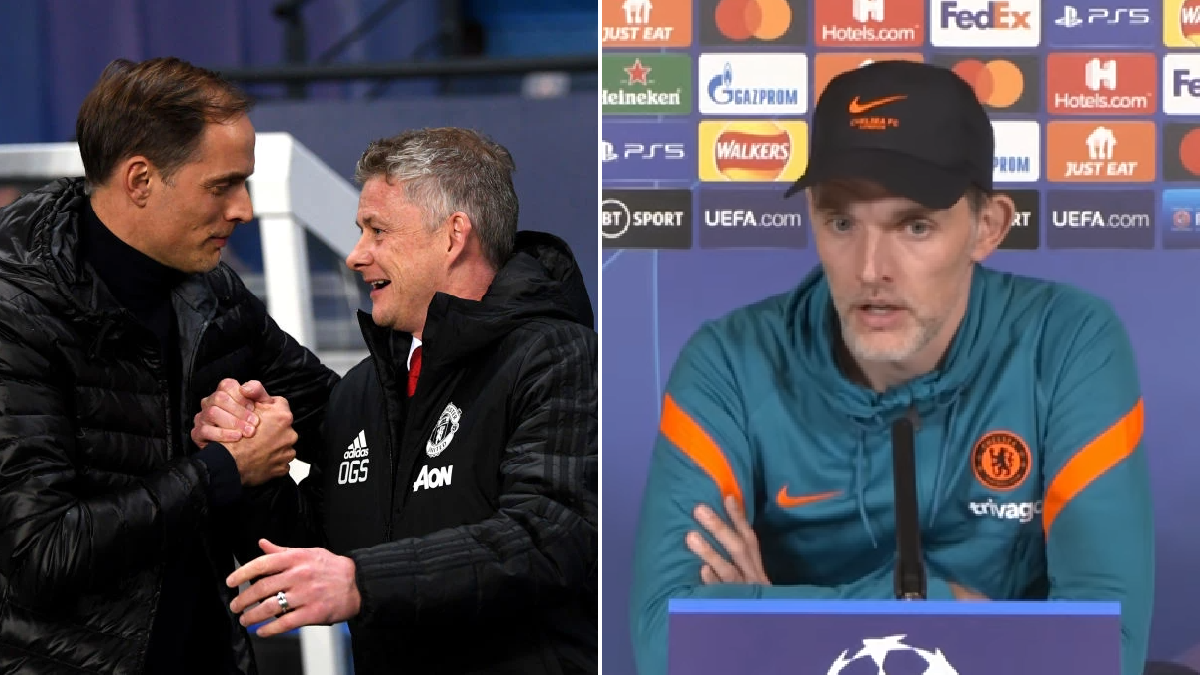 Thomas Tuchel has played down comparisons between his own appointment at Chelsea and Manchester United’s current managerial situation after Ole Gunnar Solskjaer was relieved of his duties.

The Norwegian coach was axed on Sunday after overseeing five defeats in United’s last seven Premier League matches, with first-team coach Michael Carrick placed in charge on a caretaker basis until a new manager is appointed.

Chelsea found themselves in a similar position last season, with their own club legend, Frank Lampard, sacked in January with the west Londoners marooned in ninth place in the table.

But Tuchel’s arrival galvanised the club and they would go on to secure a top-four finish as well as winning the Champions League, continuing that superb form this season.

United will be hoping for a similarly transformative effect from whichever manager they decide to appoint, though Tuchel – who was reluctant to talk about his colleague’s dismissal – does not believe it will be that simply.

Asked if United will hope to emulate Chelsea’s turnaround, and how easy it was to achieve, Tuchel replied: ‘I cannot say easy, that will devalue my – our – effort.

‘Listen, I’m in the best place possible at this moment, so I’m a happy coach and I’m a happy person so in the moment where I am is perfect and that’s what I try to transmit and maybe what everybody feels. I am in the right place and the right spot.

‘So is the question really if somebody else copies that? I don’t know. If so, everybody sacks the coach now in January to win the Champions League.

‘Don’t find any things where there are no things to find and don’t start to interpret stuff where there is nothing to interpret. I am absolutely the wrong person to ask about it, it’s none of my business. They do what they do and I have nothing to say about it, that’s it.’

Chelsea take on Juventus on Tuesday night before hosting United at Stamford Bridge this coming weekend, though Tuchel did not want to speak about Solskjaer and was only focused on facing the Italian giants.

Asked what he made of United’s decision, he replied: ‘Well, not too much actually because we had an away game on Saturday and a home game on Tuesday and then we play Man United so we don’t think about Man United today or tomorrow.

‘We are pretty occupied with preparing the Juventus game and I will not comment on this decision and other clubs’ coaching decisions, it’s simply not my job to do.’