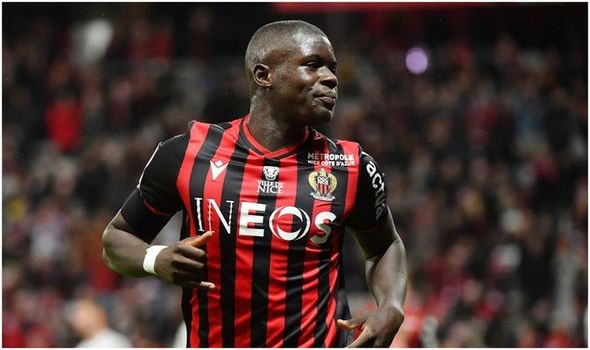 Chelsea have completed the signing of Malang Sarr on a five-year contract following his exit from Nice. The 21-year-old central defender will spend the 2020/21 season out on loan.

Chelsea described the decision to send him out for the campaign as ‘the chance to gain valuable game time and add to his experience so he will be ready to join our squad’.

Director Marina Granovskaia added: “The opportunity to sign Malang was one we could not miss.

“He is a tremendous prospect and we will be monitoring him closely during his loan period, hoping he will soon be back at Chelsea.

“We are very happy to welcome him to the club today.”

Chelsea beat off competition for a number of clubs for Sarr, who is attracting loan interest from the Bundesliga.

Frank Lampard has earmarked the defence as an area in his squad that requires a serious upgrade after shipping 54 league goals last term.

Sarr has been identified as long-term option, although a short-term fix is also on the horizon.

Thiago Silva is undergoing a medical ahead of a free transfer from PSG.

The 35-year-old will pen an initial one-year contract with the option for a second season.

Chelsea strengthened at left-back on Wednesday by announcing the £50million signing of Ben Chilwell from Leicester City.

Lampard was desperate to sign Chilwell after being left less than impressed by Marcos Alonso and Emerson Palmieri.