Andreas Christensen’s injury is not as bad as first feared and he has an outside chance to be fit or the FA Cup final on Saturday.

Christensen limped off during Chelsea’s win at Manchester City on Saturday, sparking concerns the season might be over for the Danish defender.

He will not be available against Arsenal on Wednesday but scans on Monday revealed the damage was not extensive. 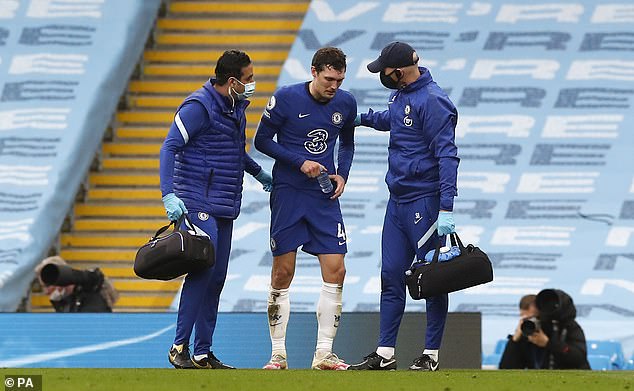 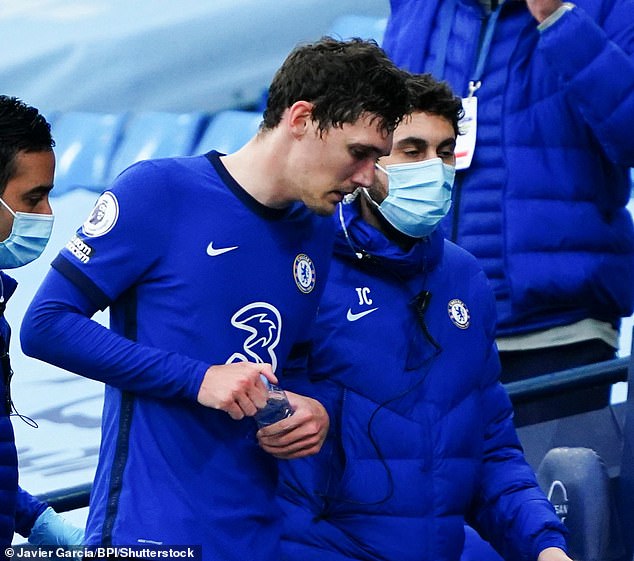 ‘It was better than we feared, much better,’ said head coach Thomas Tuchel. ‘We hope for one of the two Leicester games to come back.

‘The season is not finished for him. We have realistic hopes that the latest comeback will be against Aston Villa.’

Chelsea have the FA Cup final against Leicester on Saturday, followed by a Premier League fixture against their top four rivals, three days later.

Then they take on Aston Villa before ending the campaign with the Champions League final against Manchester City. 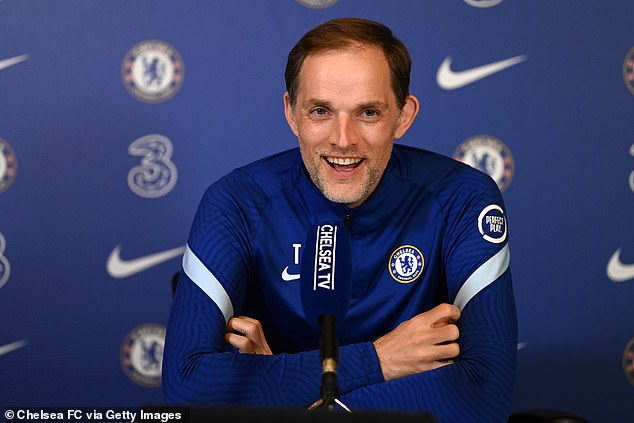 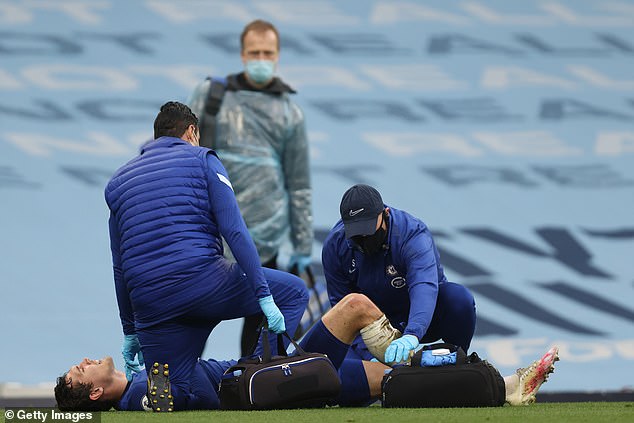 Christensen will definitely return before the end of the Premier League season, Tuchel said

‘Don’t misjudge him for being calm, he is very tough to play against, uses his body well and he’s very tough and strong in individual duels.

‘The role in the back-three suits his very well and I’ve been very impressed by his performances. We were a bit relieved when we saw the images and not like the worst case we expected.’

Mateo Kovacic has been ruled out by a hamstring problem for the last month and is still not fully fit and ready to face Arsenal.

‘We have to postpone the race to Wembley,’ said Tuchel who rejected the idea his team selection might have one eye on the FA Cup final when Mikel Arteta’s team visit Stamford Bridge.

‘We just have an eye on the players’ workload and the statistics we have about who is overloaded and at risk of injury,’ said the Chelsea head coach.

‘We are in the middle of a race for the top four and we cannot judge games.’