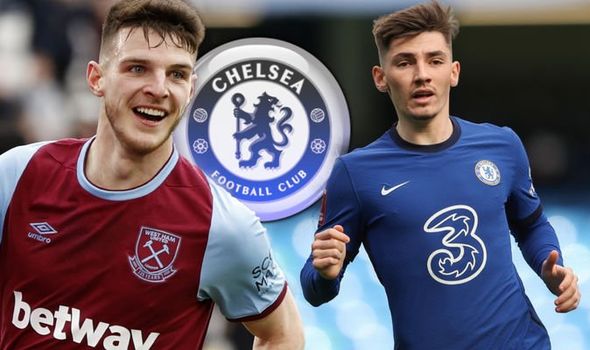 West Ham midfielder Declan Rice. Frank Lampard wanted him, Ole Gunnar Solskjaer wants him and Pep Guardiola does too. David Moyes certainly wants to keep him. There’s another name to add to that list going off of recent reports, current Chelsea manager Thomas Tuchel, the man who replaced Lampard in January.

Lampard was pushing for future Hammers captain Rice to be brought in last summer and in the winter window and The Athletic claimed his desire to bring the former academy talent back to the club annoyed the hierarchy.

It was thought some within the set-up had reservations about re-signing Rice given he was released from the club’s youth ranks aged 14.

Tuchel though, at least per the Daily Telegraph, similarly admires the 22-year-old holding midfielder, who helped lead West Ham to a sixth-placed finish and Europa League football this term.

Rice’s valuation of at least £90million however makes it difficult to sign him, as does the fact there is so much competition for his signature

Monaco’s Aurelien Tchouameni and Benfica’s Julian Weigl have been mentioned as cheaper potential alternatives for Marina Granovskaia and co. but perhaps it should not be forgotten they have another top midfield talent in their ranks already – Billy Gilmour.

And with Gilmour, called up to this summer’s Scotland Euro 2020 squad, able to bring a bit of both Jorginho and Mateo Kovacic’s games, there is plenty to suggest he can become the next partner to N’Golo Kante. 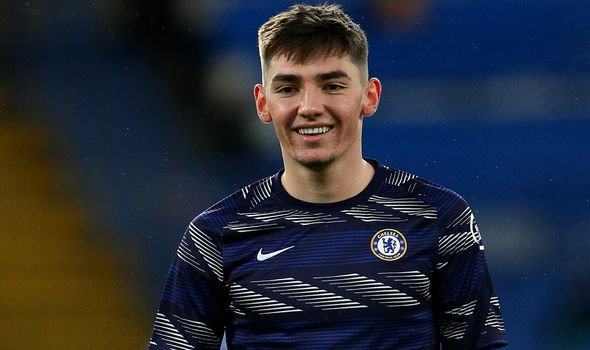 Granted, Chelsea’s finances mean that if top-class talent can be signed, it will be. But the Londoners’ primary focus this summer looks to be to sign a striker.

Whether that’s Erling Haaland, Harry Kane or Romelu Lukaku or another elite-level striker, much of Chelsea’s attention and finances will be spent on identifying the right number nine.

So much so, it could give Gilmour extra time over the course of pre-season to show him what he’s not had too many opportunities to yet show – that he’s an incredible talent in his own right.

Gilmour’s emergence came under Lampard in 2019-20 with particularly impressive performances in March in wins over Everton in the Premier League and Liverpool in the FA Cup.

But he was limited to just 11 first-team appearances this term due to injury and competition for places, though he played a full 90 minutes in top-flight wins over Fulham and Manchester City.

He made an impression. Tuchel saying after Fulham: “It was not necessary for him to convince me today because I’m already convinced, otherwise I would not have picked him for the line-up. It was necessary that he plays his part, that he helps the team, and this is what he did. I’m happy for him.” 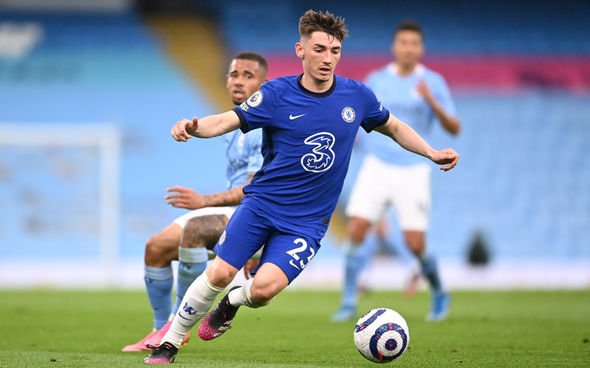 Situated alongside Kante at the Etihad, the combative and mature Scot was impressive on both sides of the ball, although admittedly he gave away a clumsy penalty in the first half that Sergio Aguero missed. He is still only a teenager and was playing against the champions, in fairness.

Despite that he did not shrink and produced a confident display in which he snapped into tackles and harried the City midfield but also popped the ball about well, got himself out of tight spaces under pressure and burst forward in and out of possession.

Former Rangers academy prospect Gilmour has not been loaned out because he’s too good for Chelsea not to have, and at 19 and turning 20 in June, is approaching the age where he’s ready to begin having a major say.

Liverpool left-back Andy Robertson, Gilmour’s captain at international level, said of the player: “He’s a confident lad and an unbelievable footballer. I know a few of the Chelsea boys and they say his attitude is spot on.

“He puts everything into training and when he gets his chance he never disappoints. Even at the age he is, the Chelsea manager trusts him in big games and to do that you’re doing something right.

“Billy’s a special talent and it’s about using that talent to keep level-headed – and according to the people close to him there is no doubt about that. He’ll have a huge future and a huge career in the game.” 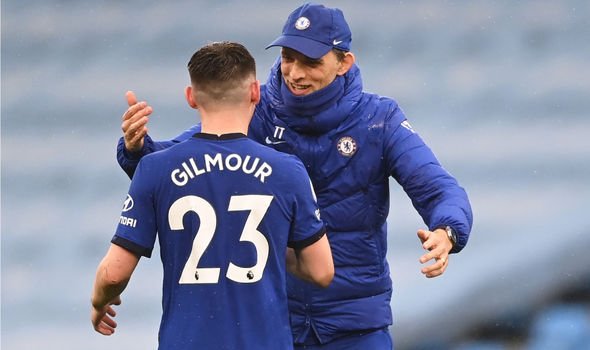 Not bad praise from one of the game’s best current left-backs, and someone who knows what it takes to succeed at the highest level in the Premier League and the Champions League.

And though Jorginho and Kovacic are most regularly called upon to partner Kante, perhaps Tuchel might begin more regularly turning to Gilmour next season, particularly if he remains injury free.

They need to given Gilmour, at the club since the age of 15, is only under contract until 2023. To get him to sign another new deal, he needs to be convinced there is the pathway for him to play regularly.

Otherwise he’ll go elsewhere, and Moyes is among many who would chase him, saying last year: “The one [Scottish player] who if I could sign tomorrow I would is Billy Gilmour after his opening performances for Chelsea.

“He’s looked like a seasoned pro, he’s looked like somebody who’s hungry, who’s in love with the game. I was laughing because I keep getting told that Chelsea want Declan Rice… So I thought well I might just decide I want Billy Gilmour and see how it goes.”

Given the immense ceiling of the ‘Scottish Iniesta’, Chelsea can’t afford to lose him. After all, he might just save them £90m and grow into their very own Rice. Maybe he’ll be even better.