Chelsea are keen on signing Declan Rice this summer and supposedly offered two unwanted stars in a potential swap deal. However, West Ham are determined to keep hold of their prized asset and reportedly rejected the proposal.

Chelsea are in the midst of a squad overhaul this summer and have already secured the signings of Hakim Ziyech and Timo Werner ahead of next season.

The Blues have now turned their attention to Kai Havertz and are in negotiations with Bayer Leverkusen over a transfer fee, but that is unlikely to be the last deal done this window.

And the 42-year-old is said to be eyeing Rice for the latter position, despite the England international operating as a midfielder for West Ham. 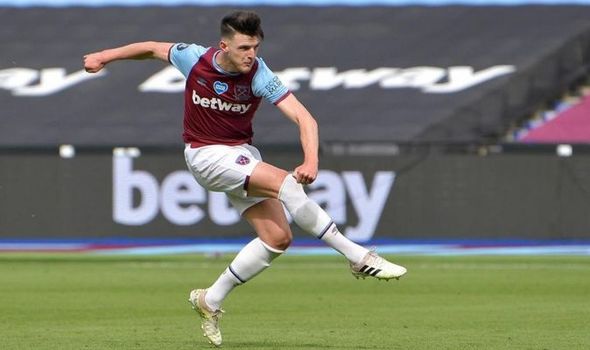 Rice began his career as a centre-back, coming through the Chelsea academy before he was released at the age of 14.

And Lampard is looking to convert the 21-year-old back to a central defender in order to solve Chelsea’s rearguard issues long-term.

West Ham want to keep Rice, who played every single minute in the Premier League this season, and are demanding at least £80million for their star man.

The Times claim Chelsea have previously tabled a swap deal involving Michy Batshuayi and Ross Barkley in order to tempt the Hammers into selling.

However, the offer was reportedly dismissed with David Moyes determined to keep hold of Rice after his side avoided relegation.

Chelsea may therefore have to dig deep and stump up the £80m asking price if they are to complete a transfer this summer.

But this may prove a stretch if the west London club also shell out for Havertz and priority left-back target Ben Chilwell.

Leicester have set a £80m price tag on the England international, which would match the world-record fee for a defender that Manchester United paid when signing Harry Maguire last summer. 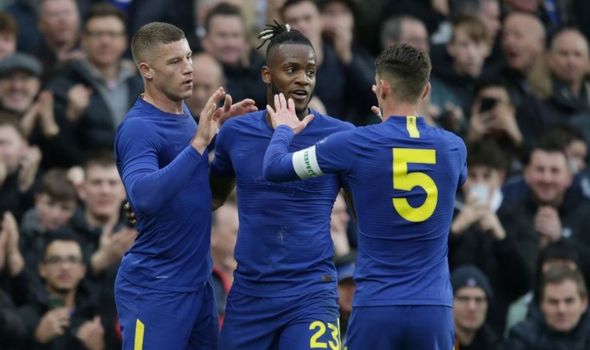 Nicolas Tagliafico, Sergio Reguilon and Alex Telles would be cheaper alternatives while Marc Cucurella and Robin Gosens have also been linked.

Elsewhere, Chelsea want Jan Oblak but would likely have to pay the Slovenian’s £110m release clause with Atletico Madrid reluctant to sell.

Andre Onana, Nick Pope and Dean Henderson are all more affordable options and would potentially free up more funds for Chelsea to pursue Rice.