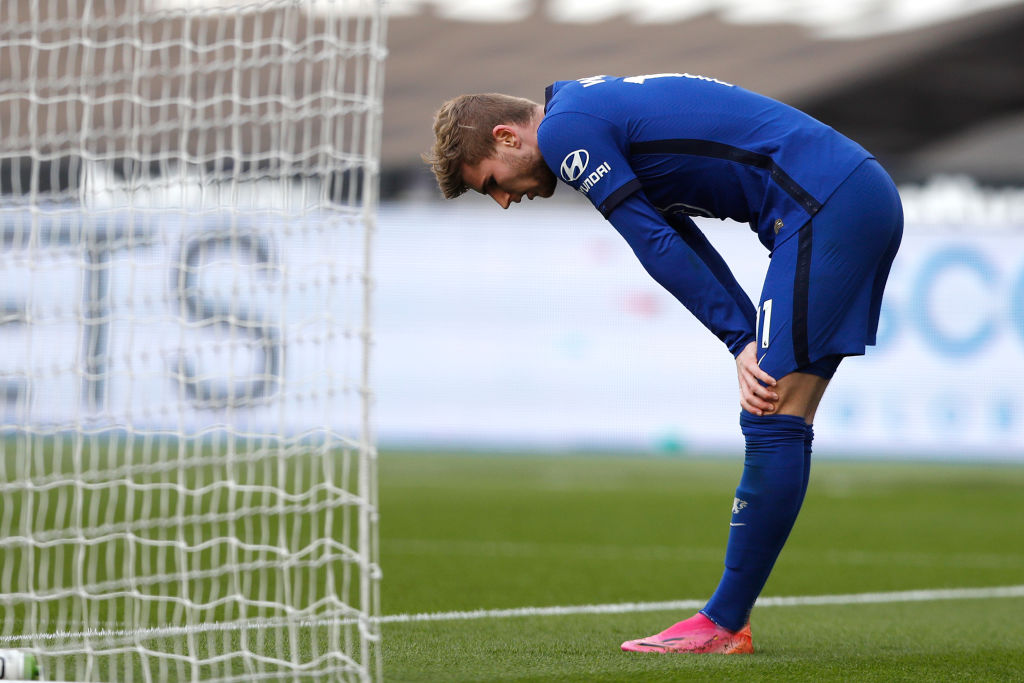 Timo Werner admitted he ‘has to score’ the glorious opportunity he squandered in the 1-0 win over West Ham but he was happy to deliver the win for Chelsea.

Werner, the Germany international, opened the scoring in the first half in east London when he tapped in from six yards out after a low cross from Ben Chilwell.

He should have had a second but somehow failed to convert a follow up after Lukasz Fabianski had saved from Mason Mount, drawing an astonished reaction from his manager Thomas Tuchel.

And he joked that scoring two goals in one game would be too much, after netting his first goal since February.

‘I think the second chance I have to score,’ he told Sky Sports after the match.

‘But I think I have to come back slowly with one goal is enough. When I score twice today it might be too much for the beginning. No, joking.

‘Very happy that we win this game today, a very important win for us in the race for the top-four. Very happy.’

He added: ‘The confidence was there, I feel it in my legs when I have the ball at my feet that I was confident.

‘Yeah in the moment – this season it’s not only confidence, sometimes it’s also luck.

‘Maybe last year I hit the ball with my feet and always it would go in, this year is different but I’m happy that I scored the first.

‘The second chance like this will also go in in the next few weeks and months.’

Overall, it was a good day for Chelsea and Werner, however, with the Blues now three points clear of the Hammers in the race for the top-four.

On the goal, he smiled: ‘The feeling is too short.

‘It’s the best feeling you ever have after winning a game where you score a goal.

‘Of course, it’s really important for me, for the whole team but in the end I’m happy I’m back on the scoresheet.’