Chelsea are reportedly looking to offload a centre-back in order to free up room for a new signing this summer. And Kurt Zouma is supposedly the most marketable of the central defenders on the Blues’ books, meaning the Frenchman could be heading for the exit at Stamford Bridge if Frank Lampard looks to freshen up his options.

The Chelsea manager is in the process of overhauling his squad ahead of next season, with the signings of Hakim Ziyech and Timo Werner already secured and more to follow.

Lampard wants to reinforce a defence that had the worst record in the top half of the Premier League this term, conceding 54 goals from 38 games.

Declan Rice is considered a priority target for the Blues – with Chelsea hoping to convert the midfielder into a centre-back – but funds for a transfer fee, space in the squad and room on the wage bill are also required.

With this in mind, Matt Law of The Telegraph suggests Zouma is the most likely to be sold before any new signing can be welcomed to west London. 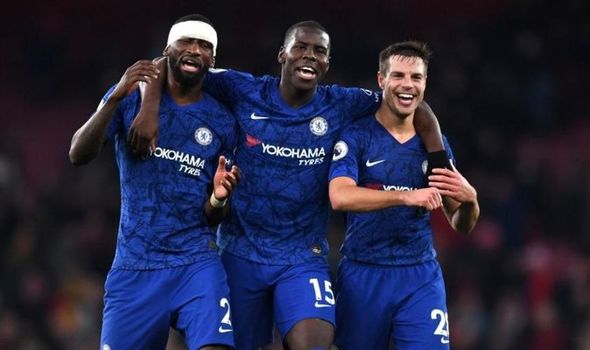 Speaking on the London is Blue podcast, Law said: “You have to judge the list [of four centre-backs] by who is the most realistic one they could actually sell.

“I think you’d have a tough time selling [Antonio] Rudiger because of his injury problems.

“To get him through a medical [examination] and convince a club to spend the kind of money Chelsea are valuing him at, for a player with his knee injury record, would be tough.

“That’s why I’d put him at the bottom of the list, not because of talent, but because he’d be the toughest to sell.”

Meanwhile, Zouma impressed on loan at Everton in 2018/19 and established himself as first-choice under Lampard at Chelsea during the second half of the most recent campaign.

The 25-year-old is highly-rated in France, and Express Sport understands Jose Mourinho is keen on a reunion at Tottenham.

“I think Zouma is top of the list in terms of who you could sell,” said Law.

“[Andreas] Christensen is a difficult one to value because I think Chelsea know that he is potentially a very, very valuable centre-back. 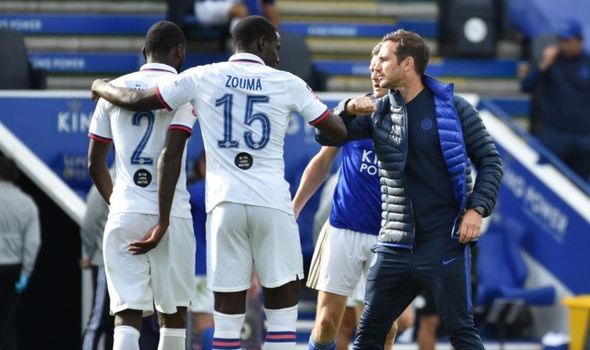 “Were they to sell him to a Spanish club, for instance, you could find within two years that Christensen could be worth about £70million and one of the Spanish club’s best central defender because he would suit that style of football.

“Chelsea are very reluctant to sell him because I think they fear he could be another [Kevin] de Bruyne, should he go overseas and blossom and get his confidence.”

As well as Rice, Brighton captain Lewis Dunk and Burnley defender James Tarkowski have both been linked with Chelsea.

And the Blues were also credited with interest in Jose Gimenez, although Atletico Madrid are unwilling to sell the Uruguayan.