Chelsea may back out of a bidding war for Marc Cucurella in order to boost their chances of signing Alex Telles in the summer transfer window. The Blues are on the hunt for a new left-back and have been linked with moves for both players in recent weeks.

Latest reports from Portugal suggest Chelsea are a one of several clubs interested in snapping up Barcelona youth product Cucurella.

The Spaniard is currently on loan at Getafe and has impressed during his time away from the Nou Camp, scoring once and providing five assists in 34 appearances across all competitions.

This temporary deal includes a €6million (£5.5m) option to make the switch permanent, and it is widely believed that the Madrid-based outfit intend to exercise this.

Portuguese publication A Bola claim this is because Getafe plan to sell Cucurella on for a large profit this summer, with an extensive list of potential buyers monitoring the situation. 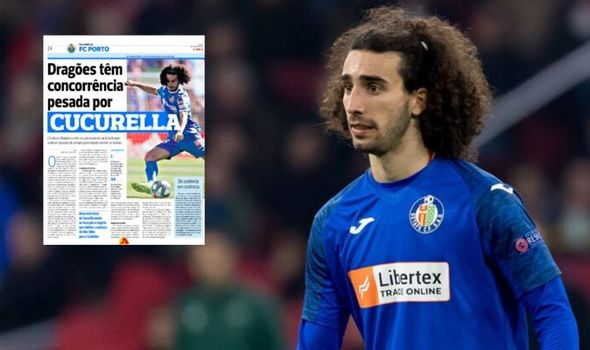 They report that Chelsea, Porto, Napoli, Borussia Monchengladbach and Bayer Leverkusen are all keen on the 21-year-old.

Getafe are therefore hoping to start a bidding war between the clubs which would drive Cucurella’s price tag skywards.

The report does not mention a valuation for the left-sided player, although Transfermarkt estimate he would be worth at least £18m.

Getafe would want a sizeable return on their investment with Barcelona due to receive 40 per cent of any sell-on transfer fee, while Marca suggest Cucurella’s latest contract will include a buy-out clause of around €25m (£23m).

A Bola suggest Porto have identified Cucurella as a replacement for Alex Telles, who has also been linked with a move to Chelsea this summer.

Telles is out of contract next year and has already told the Primera Liga outfit that he will not sign a new deal, meaning the club are keen to make a profit while they can.

Chelsea are thought to have placed the Brazilian at the top of their left-back wishlist, having cooled their interest in £85m-rated Ben Chilwell.

It would therefore be in the Blues’ interest to step away from any auction involving Cucurella, on the condition that a deal for Telles is sewn up. 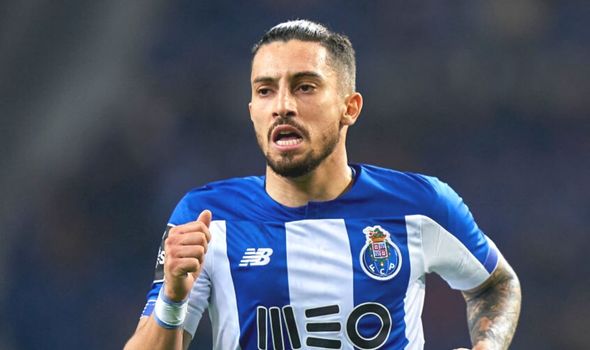 Chelsea withdrawing from the pursuit would bolster Porto’s chances of signing the youngster and consequently ensure the Portuguese giants are more amenable to Telles’ departure.

However, this plan does not take into account the rival clubs who are also interested in both players so any big bid from a third party could derail any potential negotiations.

If Cucurella does leave Getafe this summer, it would not be the first time the youngster has made a quick switch shortly after penning new terms.

Chelsea manager Frank Lampard is expected to sell one of Emerson Palmieri or Marcos Alonso this summer as he looks to freshen up his first-team squad at Stamford Bridge.

Alonso was also close to departing the club in January, with former Chelsea manager Antonio Conte keen on bringing the Spaniard to Inter Milan.

However, he has since regained his spot in the starting XI with several fine performances so now it appears Emerson is most likely to leave.

The Italian is wanted by ex-Blues boss Maurizio Sarri at Juventus, although the player himself has recently denied reports that he is unhappy under Lampard’s management and is keen for a move.