Chelsea vs Manchester City: Thomas Tuchel hails Pep Guardiola's side as the 'benchmark' in Europe

Thomas Tuchel has hailed Manchester City as one of Europe’s two best sides and says Chelsea will receive a “huge boost” if they are able to beat them in Saturday’s FA Cup semi-final.

Both teams go into the game after securing their places in the Champions League semi-finals in midweek, but now turn their attentions to Wembley, where victory will secure a place in next month’s FA Cup final against either Leicester or Southampton.

Chelsea will go into the game as underdogs, a position that Tuchel is used to when facing Pep Guardiola, having failed to beat him in any of their five previous meetings.

All of those games occurred during Guardiola’s time in charge of Bayern Munich, with Tuchel twice losing against the Spaniard with Mainz before suffering defeat twice more – while also earning a draw – when in charge of Borussia Dortmund.

“It’s important that we accept it without making us too small. From day one of next season we will hunt them, we will try to close the gap between us.

“For me in Europe there are two teams who are the benchmark: Bayern Munich and Manchester City. But for 90 minutes we are very self-confident, we truly believe that we can close the gap for one game.

“It’s a good moment to play City and Pep. If we manage to beat them it will be a huge boost; if not, we will have to take it as a challenge to grow.”

Tuchel confirmed Chelsea will travel to Wembley without Mateo Kovacic and Andreas Christensen, who are both injured, although he has been boosted by the news that N’Golo Kante is fit to start the game.

Tuchel’s positive impact since replacing Frank Lampard in January cannot be disputed, with the German overseeing just two defeats in his 18 matches in charge. 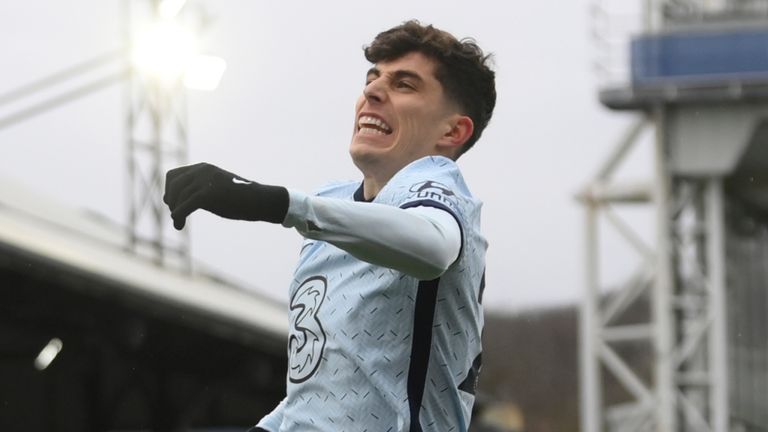 However, his side have only scored more than twice in a game on one occasion – the 4-1 win at Crystal Palace last weekend – and the 47-year-old is yet to succeed where Lampard failed in consistently getting the best from Chelsea’s forwards.

Kai Havertz, Timo Werner and Hakim Ziyech – signed for a combined fee of more than £150m last summer – have just four goals between them under Tuchel, with the latter two finding themselves out of the starting XI in recent games.

Tuchel has warned those currently on the sidelines must put their “egos” to one side and earn their place in the side, saying: “The guys need to fight for their places, and they’re doing this.

“There’s not much training time between games with the schedule that we have, but the minutes you have you need to use.

“In terms of atmosphere in the dressing room, we are in a good moment. It’s very important in these moments that the guys who maybe lack minutes, a bit of self-confidence, who are not super happy with their personal situation, put their ego aside and do everything to be ready.

“Chelsea is about being ready. We have no gifts to give – you have to fight hard for your place, and once you’re in the team, you fight hard to stay.

“Honestly this is big fun, and you have to embrace the situation. It’s harder for some of the players but we try to push them and convince them in this positive way.”

Paul Merson believes Sergio Aguero – who will leave Manchester City when his contract expires at the end of the season – could be a solution to Chelsea’s goal-scoring problem, saying: “He ticks the box for me and the way Chelsea play – Chelsea are dominant in football matches, they dictate games and have a lot of possession, they play neat and tidy football around the box and they are looking for that little ball.

“They are not trying to hit a ball from the halfway line into a load of space, you are playing at Chelsea and when you kick off at Chelsea, you are immediately faced with 10 men behind the ball, so you need an Aguero who is sharp over three to five yards, that little ball down the side and into the box. 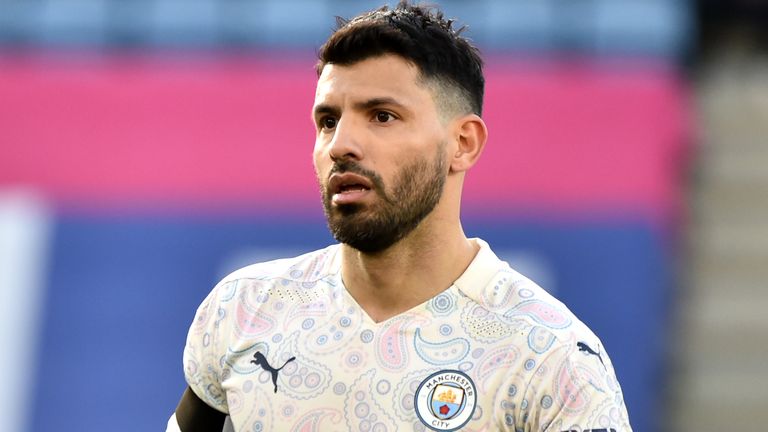 “I like Tammy Abraham and Olivier Giroud, they are good players, but are they going to win you the Premier League? No, and I say that because they are not going to be in the top five or six goal scorers in the league.

“You look at Chelsea now and Mason Mount and Abraham have got six goals and are their joint-top scorers in the league, so that is why Chelsea are where they are. If you put someone in that team who has scored 20 goals and are second behind Harry Kane and Mohamed Salah, then that could be another 10, 11, 12, 15 points, it could be 14 winning goals.

“I think they need a centre forward who can score goals as Timo Werner has not worked. I said Kai Havertz would be a player, a young lad who has arrived with a big price tag and with everything that is going on in the world, he had ‘long Covid’ and that affected him.

“But when you watched him the other day, he is a class act, he is proper, I really think he will be a superstar and in time to come, he will be special.

“I’m not sure about Werner though, I do not think it is working. I watch him and when you are buying that type of player for that type of money, I’d want a little bit more of a finished product for what I have got. There looks like there is a lot to work on, which is strange really.

“Havertz, I can swallow that as he is a young kid, but this lad [Werner] does things on the pitch and you are like, ‘really?’ He will go down the wing and just cross it into the box when no-one is in there. I’ve been disappointed with him to be honest and for me, I would try and see what I can do with him this summer.”