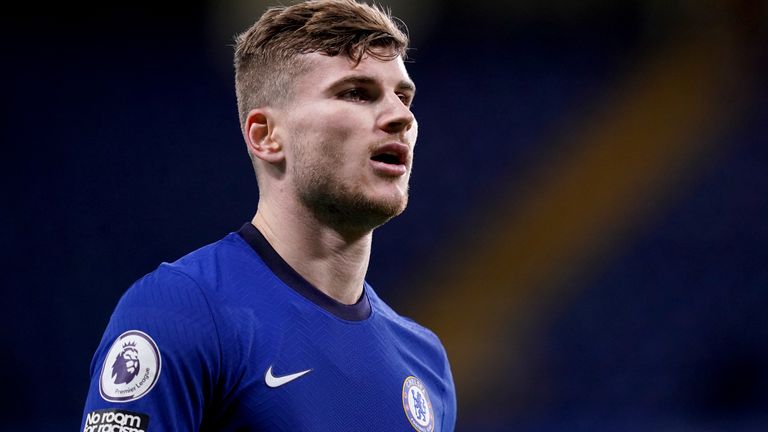 Team news, stats and prediction ahead of Chelsea vs West Brom in the Premier League on Saturday (kick-off 12.30pm).

N’Golo Kante is the only player sidelined for Chelsea ahead of Saturday’s game. The midfielder picked up a hamstring injury on international duty with France, missing their final two World Cup Qualifiers.

West Brom will be without young midfielder Conor Gallagher. The 21-year-old is on loan from Chelsea and is ineligible for the game against his parent club.

Hal Robson-Kanu was sent home from Wales duty after breaching protocol but has tested negative for coronavirus. All the Baggies’ international contingent are available for the match.

Follow Chelsea vs West Brom in our dedicated live match blog. Highlights will also be published on the Sky Sports digital platforms and the Sky Sports Football YouTube channel shortly after the final whistle.

Here, we have the clash of the best defence and the worst attack in the Premier League – going by numbers since Thomas Tuchel was appointed.

Across all competitions, it’s been 687 minutes since Chelsea conceded – facing teams like Leeds, Liverpool, Manchester United and Atletico Madrid twice in that run – and Tuchel has seen his side ship just two goals in the Premier League. A title challenge could be on the agenda next season.

It doesn’t take a genius to know that a Chelsea win to nil at 5/6 looks the most likely outcome here.

There’s a touch more value in the goalscorer markets. Kai Havertz looks set to add to his Premier League tally for the season of just one goal in the coming weeks if Tuchel continues to see him as a central striker. The German has struggled to adjust to the Premier League since his £62m move from Bayer Leverkusen last summer but an arm around the shoulder from his new manager seems to be helping. He was very unfortunate not to score when leading the line against both Everton and Leeds, having five shots on goal in total and registering a combined expected goal figure of 0.86. If selected, he’s a fine price to open the scoring.

Pitch to Post Preview: Jamie Redknapp on Arsenal vs Liverpool; Plus how do Man City replace Aguero? And crunch time for Newcastle

In this week’s Pitch to Post Preview Podcast Sky Sports pundit Jamie Redknapp joins Peter Smith to look ahead to Saturday’s big clash between Arsenal and Liverpool. Could Jurgen Klopp’s side turn a frustrating season into a glorious one with a late top-four push and Champions League charge? Redknapp assesses their chances – and explains where they will have to strengthen in this summer’s transfer window.

We also hear from Sky Sports News’ Man City reporter Ben Ransom on life after Sergio Aguero at the Etihad Stadium and who Pep Guardiola and his recruitment team will target to replace the iconic Argentina ace.

Plus Sky Sports features writer Adam Bate examines Newcastle’s clash with Tottenham – two teams with lots still to play for during this run-in, and two managers who need a strong finish to the campaign.