Chorley's players launch into their biggest rendition yet of Adele

Here we go again! Chorley’s players belt out rendition of Adele’s ‘Someone Like You’ as they go WILD in the dressing room after reaching the FA Cup fourth round for first time in their history

Chorley are making quite the habit of launching into Adele’s ‘Someone Like You’ after famous wins and they gave their biggest rendition of the song yet after reaching the fourth round of the FA Cup for the first time.

An early goal from Connor Hall and a late strike from Mike Calveley were enough for the National League side to see off Derby’s youthful side and bag the club £200,000 in prize money after making it past the third round.

Boss Jamie Vermiglio showed his elation by hugging his staff after the final whistle had blown, while the players were later filmed tucking into beers in the dressing room. 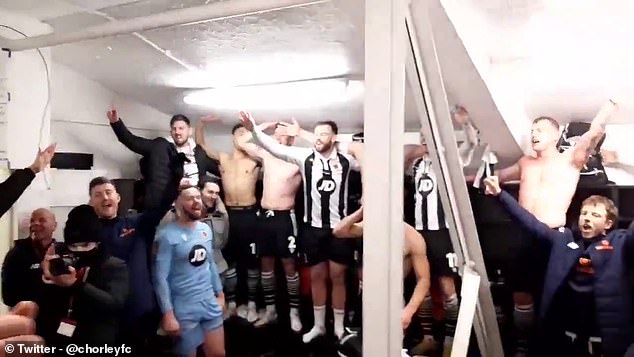 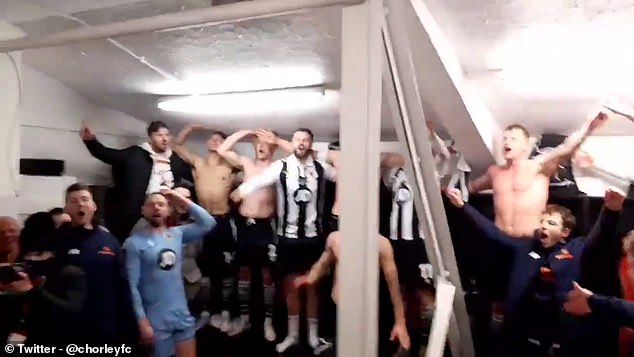 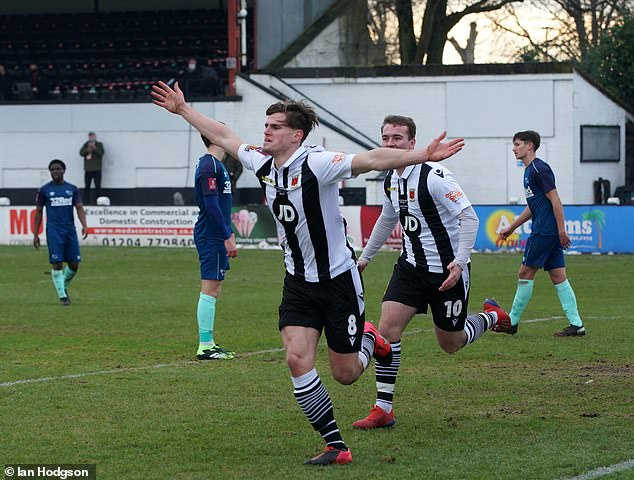 But the moment everyone had been expecting arrived soon after as they belted out the chart-topper which has become their club anthem.

This version however seemed yet more passionate with the players getting up onto the benches and launching themselves into the 2011 hit with their arms spread out wide.

It takes the number of renditions up to three now, with the same set of players having celebrated their first and second-round ties victories in similar fashion. 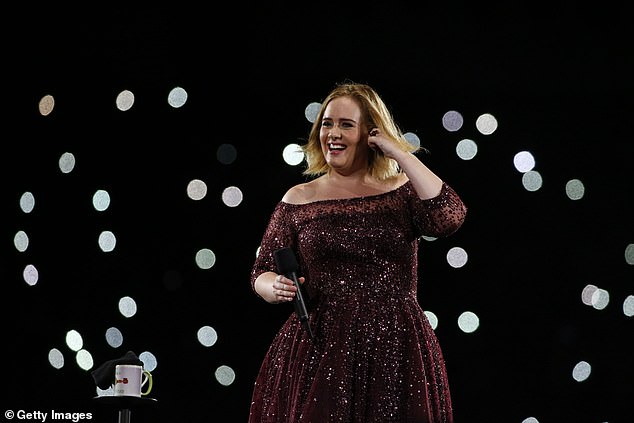 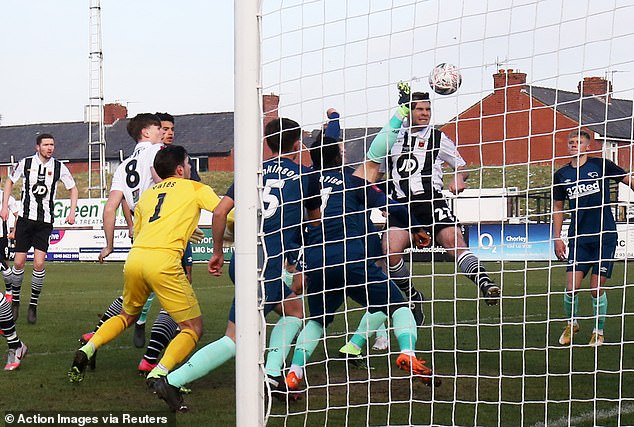 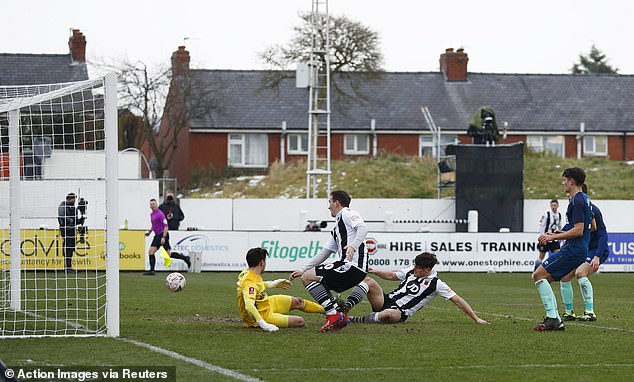 After beating Wigan in the first-round in November, the non-league side claimed another League One scalp with a 2-1 victory over Peterborough later that month to qualify for the third round of the FA Cup for the first time in their history.

The non-league club were huge underdogs going into the game with Peterborough, but had raised hopes of upsetting Championship relegation candidates Derby, with the whole of Wayne Rooney’s first-team squad isolating due to a Covid-19 outbreak.

Speaking exclusively to Sportsmail earlier this week, Chorley goalkeeper Matt Urwin revealed that they were keen to test their vocal chords out once more, and they have done jus that.

‘I know for a fact that I know every word,’ Urwin said. 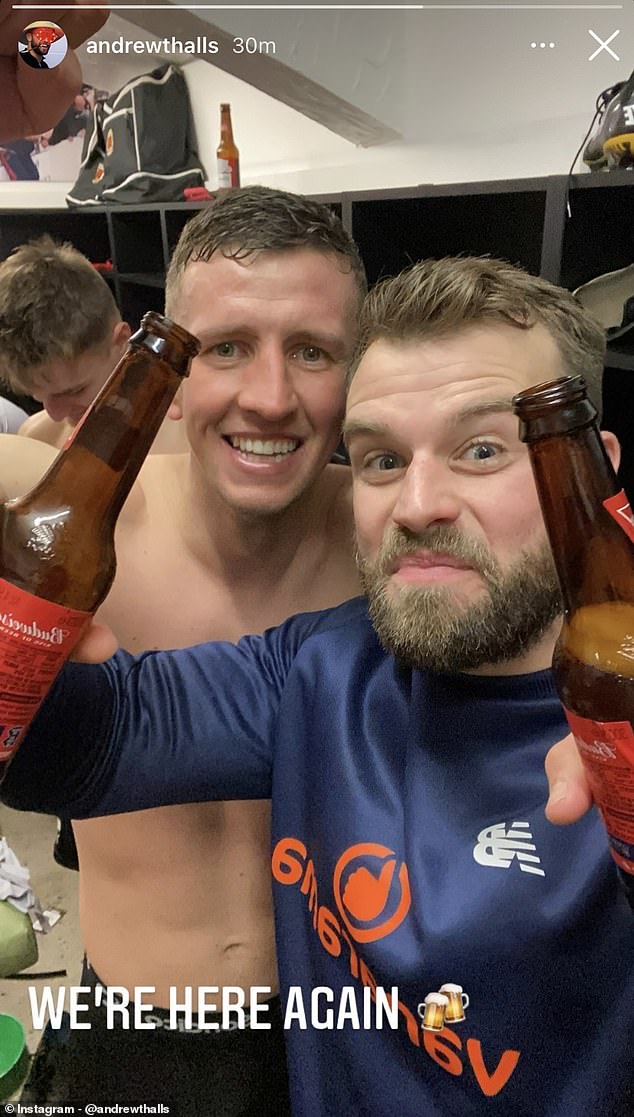 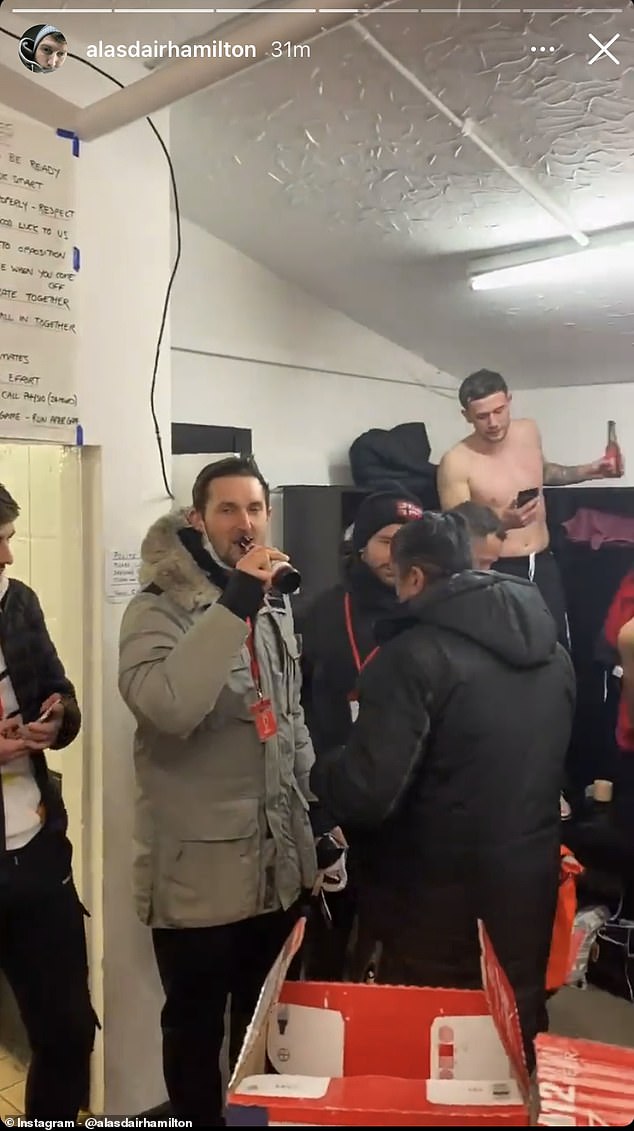 ‘It’s quite a strange choice but that song goes back a long time at this club, before I joined four years ago.

‘When I think of Chorley, I think of that song. I hold it very close to my heart. The world has seen that now, it has that magic feel.’

The squad’s previous spontaneous renditions have been viewed almost three million times, and their latest has already passed the 500,000 mark. 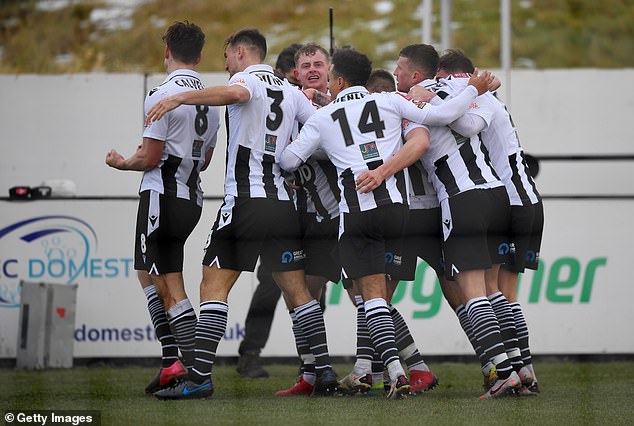 Chorley have also pocketed £200,000 in prize money after making it past the third round