City were crowned Carabao Cup champions for the fourth straight year with a 1-0 victory over Tottenham thanks to Aymeric Laporte’s winner, but there was no place for Aguero in the side.

The club’s all-time leading scorer will leave at the end of the season after 10 successful years at the Etihad, and fans felt helping them win the trophy would have been a fitting send off. 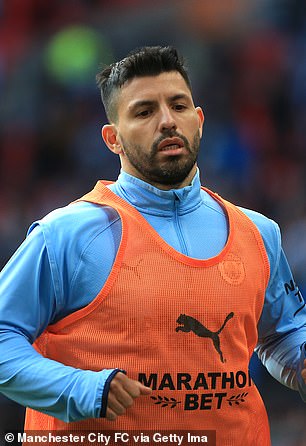 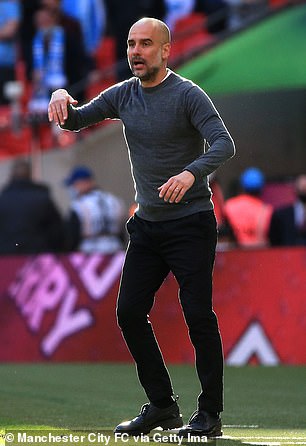 The Argentine was seen warming up during the second half of the clash, but was never summoned to take the field by Guardiola.

‘I feel like Pep disrespected Sergio Aguero today’, was the opinion of @iamSbalCOOL, while @JamesOnUFC said ‘I feel actual pain when I see Aguero on the bench knowing it’s the end of an era’.

Other fans pointed out the ruthlessness of the City boss by choosing not to give Aguero a swansong at Wembley in favour of sticking with the men on the field. 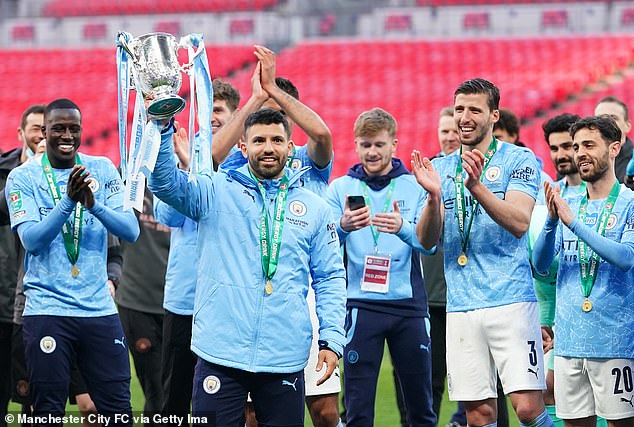 @AnthonyMahoney3 claimed ‘Pep doesn’t do sentiment does he ! No Aguero ! But absolutely Brilliant from city!’, while @NathanAkeSZN said: ‘Pains me to see Aguero he looks so upset pep should have played him the the last 20’.

Aguero has scored a stunning 181 goals in 272 matches since joining City in 2011, but has just one goal in nine appearances this season after struggling with injuries.

‘Genuinely a bit sad that Aguero’s City career looks like not just being on the bench but also not getting off it #MCITOT’, pointed out @bootforengland.

Despite not featuring at Wembley, there is still time for Aguero to have a fitting send off at City, with the side only a handful of wins from claiming the Premier League title and the first of a doubled-legged Champions League semi-final coming up this week.

Aguero tweeted a celebratory picture shortly after the game of him holding the trophy and the caption ‘Champions! What a rush to see fans in the stadium once more. Together again’.