City move to top of the table after sinking Melbourne Victory

Melbourne City have capitalised on a horror first-half spell from Melbourne Victory to claim a 2-0 derby win and snatch outright top spot on the A-League Men’s table.

City took advantage of Nani conceding a penalty, a Cadete own goal, and Victory skipper Josh Brillante’s 35th-minute send-off to claim their first derby win in five attempts, in front of 23,489 fans at AAMI Park.

City skipper Scott Jamieson (groin) was a late withdrawal after a pre-match fitness test, with Curtis Good starting instead. 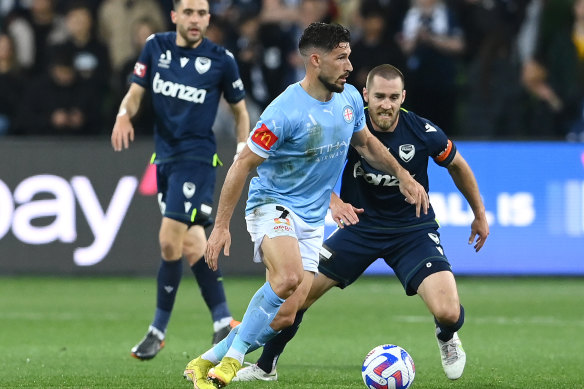 But it proved a rare low point as City dodged good Victory chances early, then took their own.

Brillante should have scored from point-blank range in the eighth minute but headed right at Tom Glover.

Six minutes later, Nani stomped on Leckie’s ankle just inside the area, with a penalty awarded after a VAR review. 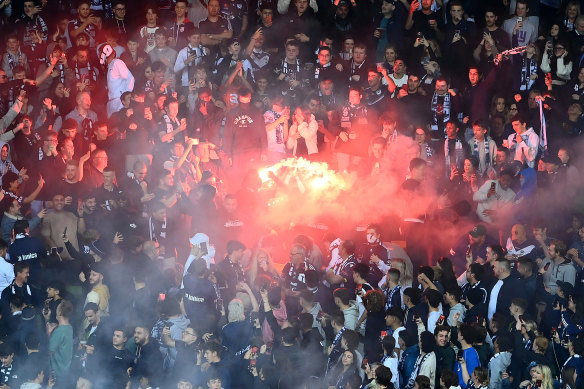 Flares are let off in the crowd during the round three Melbourne derby. Credit:Quinn Rooney, Getty Images 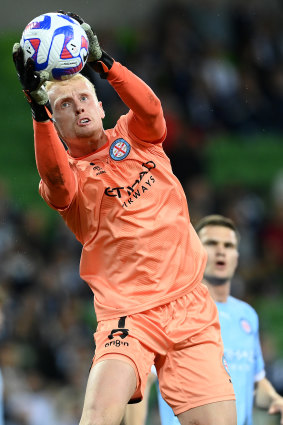 The ball clanged back into play but bounced off an oblivious Cadete and into the net.

Nani required treatment after a scything Tilio tackle in the 28th minute but played on.

In the 32nd minute, Brillante forced a good save from Glover in the 32nd but Ikonomidis couldn’t bury the rebound.

Three minutes later, Brillante inexplicably earned his second yellow card for a challenge on Aiden O’Neill, 10 minutes after his booking for a foul on Callum Talbot.

Shortly before half-time, Tilio dispossessed Stefan Nigro and forced a sharp save from Paul Izzo.

Victory didn’t fold despite their numbers disadvantage and in the 75th minute, Nick D’Agostino blasted a close-range chance over the bar.

Izzo denied Maclaren in the 85th and Tilio in injury time, but it proved little consolation as Victory sank to their second straight defeat.