Report and highlights to follow from the JobServe Community Stadium 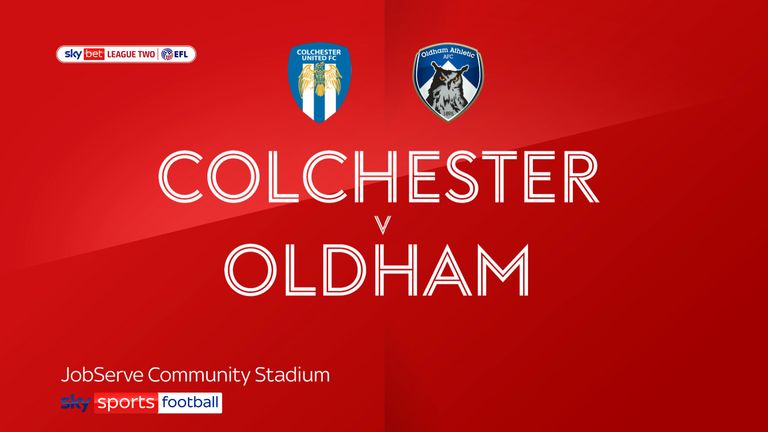 An 89th-minute equaliser from Conor McAleny earned Oldham a 3-3 draw at unbeaten Colchester.

The Latics fought back from two goals down and then equalised again through McAleny’s second of the game after Miles Welch-Hayes had restored the hosts’ lead.

Colchester went ahead in the 27th minute through Ben Stevenson, who controlled Callum Harriott’s pass well before lifting the ball skilfully past goalkeeper Ian Lawlor.

And the hosts doubled their lead in the 37th minute when Harriott scored from the spot after McAleny handled Cohen Bramall’s shot in the box.

But Oldham turned things around with two goals in three minutes early in the second half.

They pulled a goal back in the 52nd minute when McAleny netted from the penalty spot, after Bramall had fouled Dylan Bahamboula in the area.

And Oldham equalised two minutes later through defender Carl Piergianni, who fired in from close range after McAleny had flicked on Jordan Barnett’s corner.

But Oldham were not to be denied as McAleny slammed home an 89th-minute equaliser from 10 yards.