‘All respect to Theo because he has turned into a top player but Jermain deserved to go to that tournament’: Joe Cole and Peter Crouch rue Sven-Goran Eriksson’s ‘strange decision’ in selecting Walcott over Defoe as part of England’s 2006 World Cup squad

Former England players Peter Crouch and Joe Cole have opened up on what went wrong at the 2006 World Cup for what should have been an excellent England squad.

Both players were in that squad, and speaking on BT Sport, discussed some odd tactical decisions from manager Sven-Goran Eriksson, both on the pitch and in his team selection.

They claim one of the main mistakes was to take a 17-year-old Theo Walcott as England’s fourth striker, as they say Jermain Defoe ‘deserved to go’ to the tournament ahead of him. 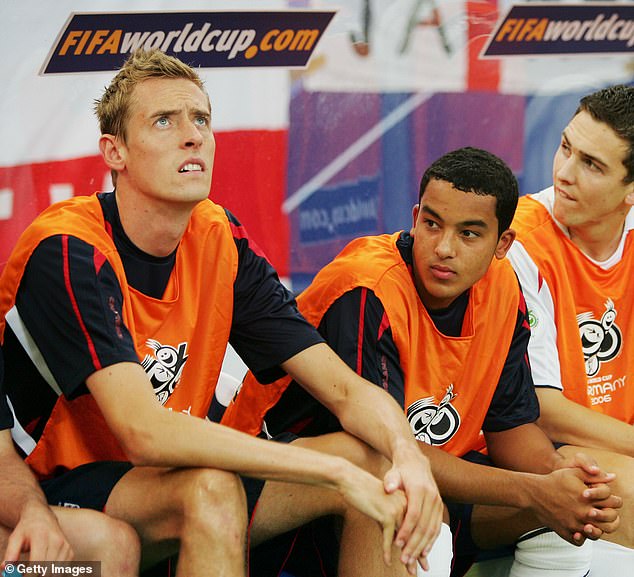 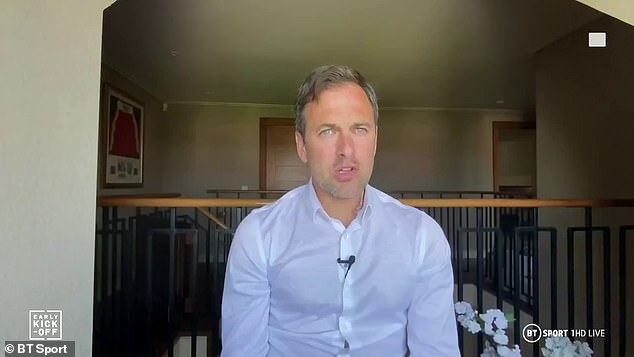 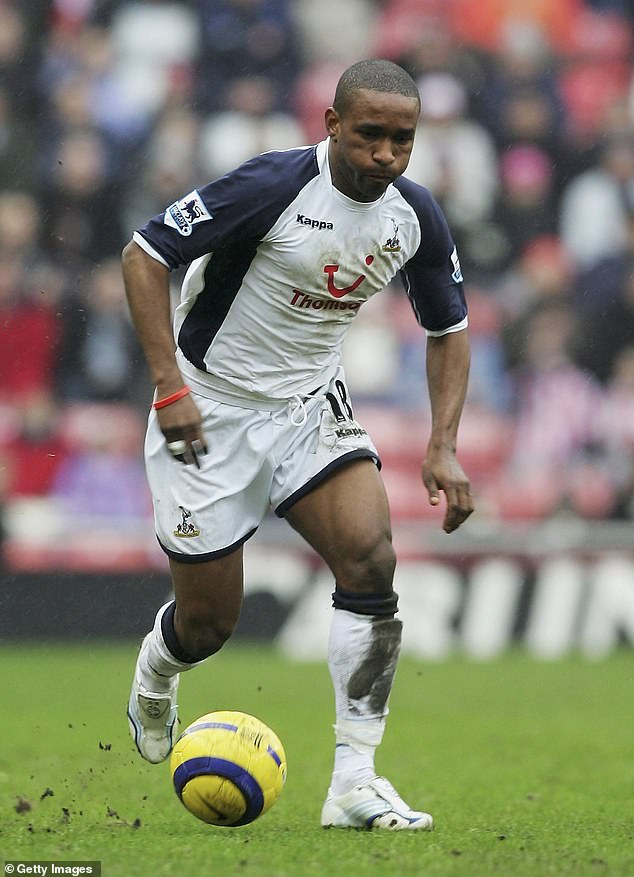 They believe Jermain Defoe, who was in good form for Spurs, should have gone instead

‘You went into that tournament with Wayne Rooney struggling with a metatarsal injury, Michael Owen had played very little football,’ said Cole. ‘That was the two strikers who over the previous five or six years had contributed to scoring goals.

‘I felt Sven made a slight mistake because we talk about Theo at 16 or 17 getting called up. We know Theo has gone on to become a top, top player and it will be interesting to get his thoughts one day.

Crouch agreed, saying: ‘It was a bizarre one taking Theo Walcott. He hadn’t made a Premier League appearance at 16 years of age.

‘Defoe was in great form and it was a strange decision.’ 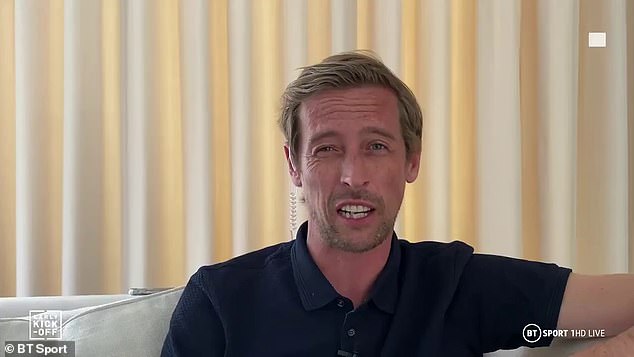 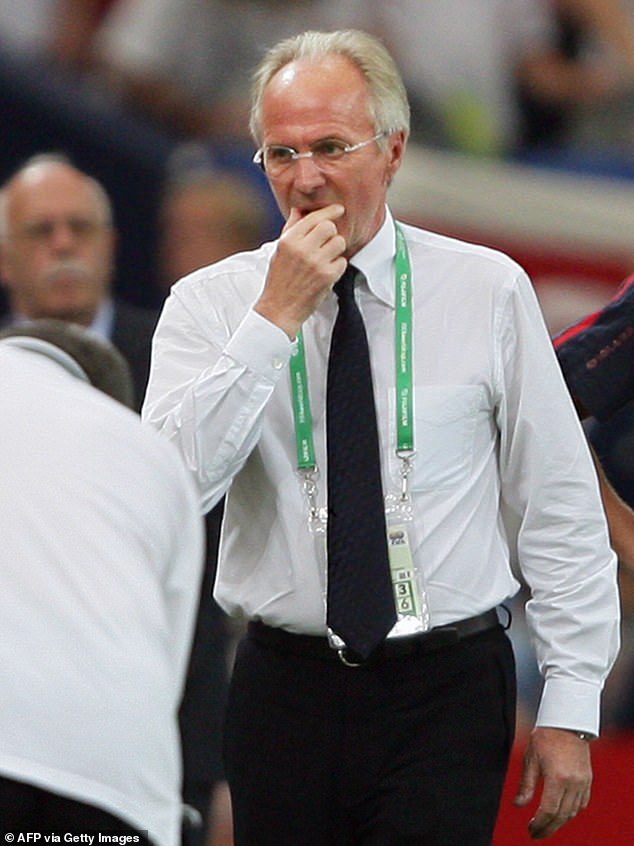 Walcott eventually went on to make his Premier League debut on August 19 2006 after the World Cup, coming on as a substitute for Arsenal against Aston Villa.

‘But when you have two question marks over two strikers [Rooney and Owen], you’ve got Crouchy who you know can score goals in internationals, but then the fourth one you go and take a gamble effectively, taking a really young player with no Premier League experience, I think that was a mistake.’

England topped Group B at the 2006 World Cup, which included Sweden, Paraguay, and Trinidad and Tobago. They then beat Ecuador in the round of 16, but ended up going out on penalties to Portugal in the quarter-finals.

‘The person I felt sorry for in that situation was Defoe. If we had got through the Portugal game, Wayne would have been suspended and Michael would have been injured, it would have been Crouchy up top on his own because I don’t think Theo was ready at the time.’ 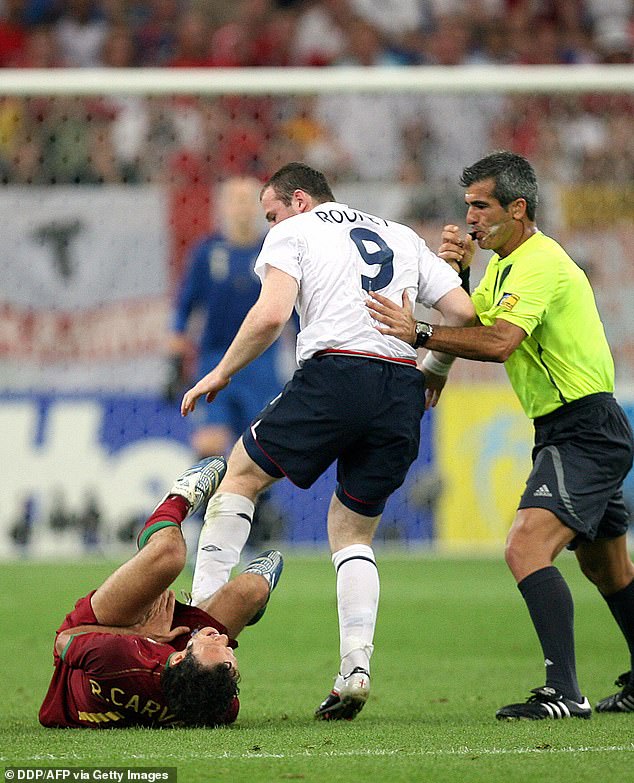 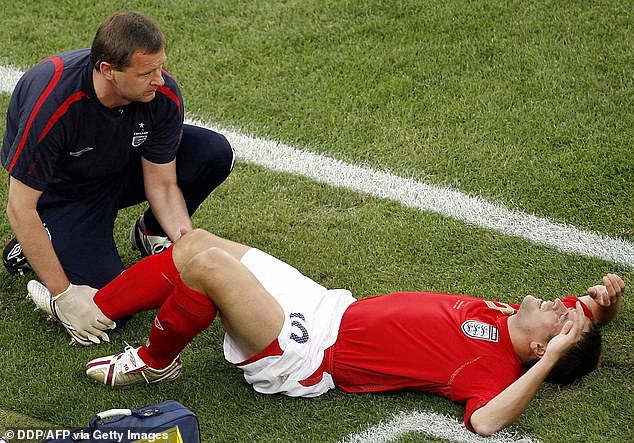 Michael Owen was also struggling with an injury, leaving a lot of burden on the other forwards

In the 2005-06 season, Defoe has made 36 appearances in the Premier League for Spurs, scoring nine goals.

Cole then went on to criticise Eriksson’s tactical decisions.

‘I really like Sven and he gave most of my England caps, but we weren’t fluid enough,’ he said. ‘We were 10-15 years behind our time tactically. And also the only time we needed him to play it safe when you’ve got question marks over players’ injuries and go with a reputable player, the flair came in and he went with Theo.

‘All respect to Theo because he has turned into a top player but Jermain deserved to go to that tournament.’