Manchester City will collect the Premier League trophy from Colin Bell’s son and a teenage brain-tumour survivor on Sunday.

City supporter Jake Tindale will present the silverware to Fernandinho and Sergio Aguero on the Etihad Stadium pitch as the club celebrate a third crown in four seasons.

The 15-year-old had surgery to remove a tumour the size of a fingernail two days before Christmas and has shown remarkable courage to recover. 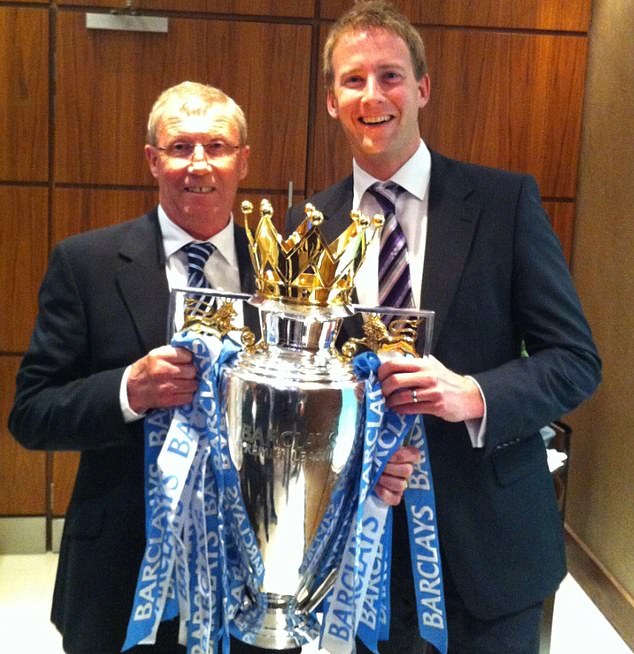 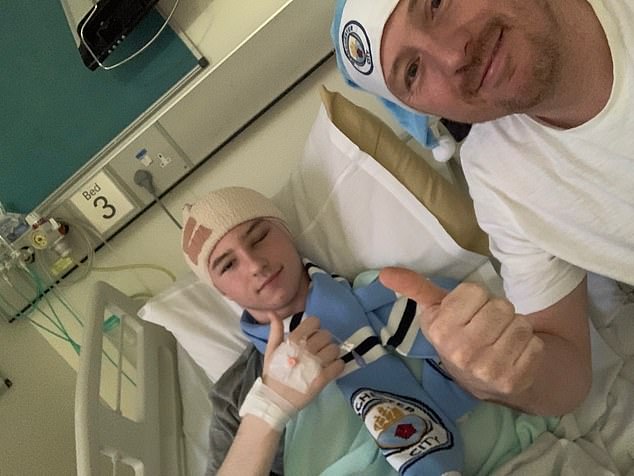 Tindale is a designated trophy bearer alongside Jon Bell, the son of legendary City midfielder Colin, who died in January aged 74.

Pep Guardiola has dedicated City’s latest title to the former England international, who won all three domestic competitions and the Cup-Winners’ Cup while at Maine Road.

A banner with a picture of Bell has remained pitchside for five months and City’s players wore No 8 shirts before the Carabao Cup semi-final win at Manchester United as a mark of respect. 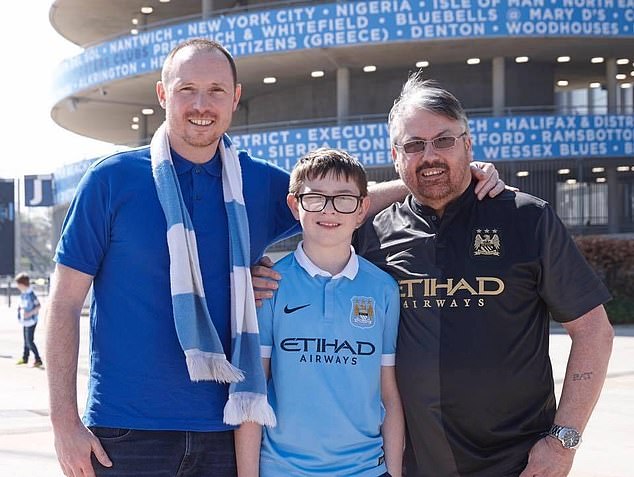 ‘Brian Kidd has told me a few things about Pep’s team talks,’ Jon Bell said. ‘Pep had talked about what it means to wear the shirt. About the legacy and the history of these guys making the club what it is today.

‘I know he spent time talking to them, it was something genuine and personal for the players. Some managers would consider it lip service, ticking a box and then moving on. Pep has kept it alive through the rest of the season.’

Colin Bell, who has a stand named in his honour and made 501 appearances over a 13-year stay, is remembered by fans as the King of the Kippax.

‘I don’t think dad would want to be walking out with the trophy!’ Jon added. ‘He’d have run the other way. They asked him to go out on the pitch for Vincent Kompany’s testimonial but he didn’t want to, saying that it wasn’t about him.’

‘It’s a huge honour for us to have two such fitting members of the Manchester City family with us on Sunday to play a part in the celebration moment of the lifting of the Premier League trophy in front of our fans.

‘This has been such a difficult time for everyone, and especially the family and friends of Colin Bell and Jake Tindale.

‘Colin was such a wonderful player for this club, and we were all devastated about his passing. His legend has spurred all of us on this season and we are privileged to have Jon here to walk the trophy out in front of the stand named after his father.

‘We are also delighted to be able to have Jake here to present the trophy over to the team. When we heard about the story of his illness at Christmas time, we all wanted the opportunity to meet him and wish him well.

‘Now we get that chance to do that in a truly memorable way, and I hope he and Jon both have a wonderful day on Sunday.’

‘I was in tears when the club asked me (to present the trophy). It will be an emotional day.’

Tindale’s story is one of bravery. He was diagnosed with the tumour on December 8 and had surgery shortly afterwards.

City have since checked on his progress fortnightly and Guardiola recorded a video last week to reveal details of his involvement in the title celebrations. ‘I was gobsmacked,’ he said.