Napoli are facing being handed a 3-0 loss by Serie A having failed to turn up for their match at Juventus after their local health authority told players to stay at home when two squad members tested positive for coronavirus.

With Serie A officials refusing to call the game off, Juventus arrived at the Allianz Stadium in Turin an hour before the scheduled kick-off time, while Italian media reported no sign of Napoli.

A Napoli spokesman confirmed to Reuters that the team had been placed into isolation by the health authority (ASL) after two players, midfielders Piotr Zielinski and Eljif Elmas, tested positive in the last four days. He said they would challenge any decision to forfeit the game. 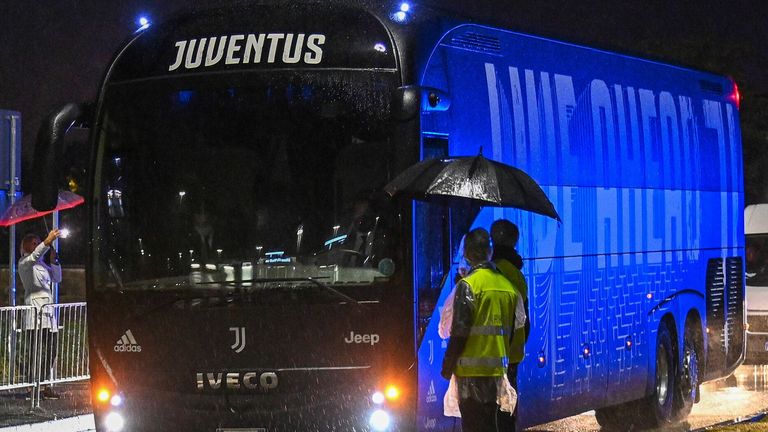 An official from the Naples ASL confirmed in a television interview that the Napoli players had been ordered to stay at home.

“We’ve never expressly said they can’t play but it’s clear that is a consequence,” he said.

Earlier, Serie A said the ASL had failed to take into account the health protocol agreed between the country’s health and sports ministry and the football authorities.

This states that, if players test positive, the rest of the squad can still train and play again providing they are tested again and return negative results. The statement added that several matches had been played this season after teams had one or more players test positive.

“The protocol lays down certain rules that cannot be deviated from, which allow league matches to be played even in the event of a positive result, deploying players who have tested negative,” it said.

Juventus, who said on Saturday that they would take the field, made a point of saying they were preparing for the match.

The club said simply “Matchday” in a post on Twitter accompanied by a photograph of forward Cristiano Ronaldo and the time and venue of the match.

Last Sunday, Napoli hosted Genoa, where 17 players have tested positive for Covid-19 in the last week. Genoa’s match at home to Torino on Saturday was postponed.

Serie A has ruled that matches should go ahead provided each team has a minimum of 13 players available and that teams who cannot play would suffer a forfeit.

However, teams have the right to ask for a postponement without forfeiting if 10 players are infected within one week.

ONE MILLION POUNDS! Can you imagine?

You read correctly. Do not miss your chance to scoop £1m for free in this week's Super 6 round. Play for free, entries by 3pm Saturday.