Five more matches have been postponed across the A-Leagues due to coronavirus cases, adding to a worsening fixture backlog that could leave organisers with little choice but to cut short the men’s season by four matches.

Four A-League Men games set for this weekend have been pushed back due to Australia’s Omicron surge, making it 14 in total that will need to be replayed before the June international window. One A-League Women clash, between the Newcastle Jets and Melbourne Victory, has been affected this week, and now six overall. 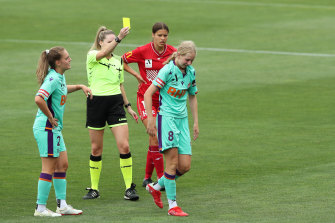 The men’s and women’s A-Leagues are facing further COVID-related disruption.Credit:Getty

Positive cases within the Western United, Macarthur FC and Central Coast Mariners’ men’s team, and Newcastle’s women’s team, forced the changes – along with Perth Glory’s recent stint in quarantine across Christmas, which has left their men’s side short on fitness after their period of forced inactivity, but also needing to make up four games while navigating their state’s hard border restrictions for at least the next month.

With the Australian Professional Leagues determined to finish the men’s season before the under-23 men’s Asian Cup in June, and the COVID-19 situation in this country unlikely to improve significantly over the next couple of weeks, the reality is there could soon be simply too many postponements to reschedule in time for a regular 26-game campaign.

However, the uneven nature of the men’s league does give the APL one bonus option: reducing the length of it to 22 games, so each team faces each other twice only instead of some three times. A-Leagues commissioner Greg O’Rourke put it on the table last week in an interview with Keep Up, and as skyrocketing case numbers continue to wreak havoc with Australian sport, it could soon end up as the APL’s only option.

The APL’s broadcasting capabilities are already being stretched to their limit, forcing separate men’s and women’s matches on Saturday involving four different clubs to be consolidated at the one venue, Netstrata Jubilee Stadium, because there weren’t enough available production workers to staff two stadiums in Sydney.

In rearranged fixtures, Western Sydney’s men’s team will return for their first outing in almost a month on Sunday, against reigning A-League champions Melbourne City at AAMI Park, since both teams were available to play due to other postponements. Sydney FC’s men will also face Brisbane Roar in their FFA Cup quarter-final on Wednesday, which had previously been postponed.

Meanwhile, Liverpool has requested the postponement of Thursday’s match (Friday AEDT) against Arsenal in the English League Cup semi-finals because of more suspected COVID-19 cases at the club.

First-team training was cancelled at Liverpool on Tuesday after more positive tests among players and staff. Liverpool said other factors impacting selection, such as injuries and players like Sadio Mane and Mohamed Salah having left for the African Cup of Nations, are affecting player availability for the first-leg match at Emirates Stadium.

The English Football League said it would make a decision “as soon as possible once the circumstances have been fully reviewed.” 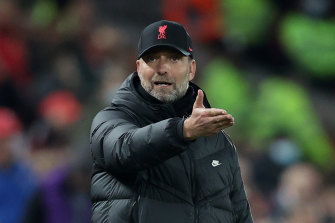 Liverpool manager Jürgen Klopp is among those currently isolating after contracting the virus.

England has seen the most disruption caused by the coronavirus. Eighteen Premier League games have been postponed in recent weeks while other major European leagues have been on planned winter breaks, just as the omicron variant was sending case numbers surging on the continent.

One out of every 10 players in Italy’s Serie A is positive with the coronavirus as the Italian league prepares to resume after a two-week break for the holidays. Still, despite more than 60 players reported as having contracted COVID-19, full slates of 10 matches involving all 20 clubs are scheduled to be played both Thursday and Sunday.

Stadium capacities have been reduced from 75 per cent to 50 per cent following a government decree aimed at combatting the latest outbreak and spectators must now wear FFP2 masks.

Bayern Munich players Leroy Sané and Dayot Upamecano have both tested positive for the coronavirus, bringing the German club’s current number of confirmed cases to nine.