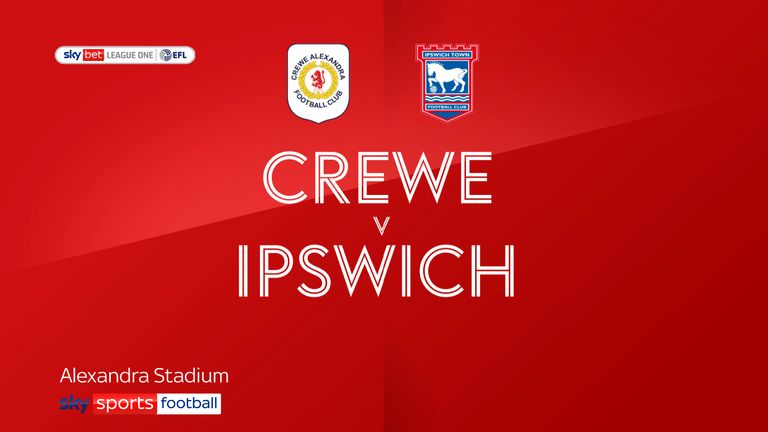 Aaron Drinan scored his first senior goal for Ipswich to salvage a point as they came from behind to draw 1-1 at Crewe.

Paul Lambert’s side, who fell behind to Charlie Kirk’s superb finish just before the hour, had to negotiate the closing minutes with 10 men after substitute Teddy Bishop was sent off.

Crewe had goalkeeper Dave Richards to thank in the first half as he produced two smart saves to thwart Luke Thomas and Gwion Edwards. Richards excelled when diving across to palm away a right-footed effort from Edwards that was bound for the far corner.

The Railwaymen struggled to make inroads in attack and shortly after the restart boss David Artell replaced Stephen Walker with Owen Dale on the right flank.

Yet it was on the opposite flank that the breakthrough was made courtesy of a great finish from Kirk, who curled a right-footed finish into the far corner after being released by Ryan Wintle.

Ipswich brought on James Norwood and the frontman looked certain to apply a finish at the far post to an Edwards cross, only for Omar Beckles to slide in and save the day.

But another attacking substitution paid off for the visitors with Drinan punishing some indecisiveness at the back to bundle home from close range after the ball bounced off Olly Lancashire in the 75th minute.

Then Bishop, already booked, was dismissed for a late challenge on Harry Pickering in the 82nd minute.