Cristiano Ronaldo branches his hotel portfolio out to New York as Portugal superstar launches swish complex in Times Square… and you can stay there for £117 a night!

Cristiano Ronaldo has launched his latest hotel complex which is located in New York on Times Square.

The Portugal and Juventus superstar has previously launched hotels in Madeira, Lisbon and Madrid, with the latter opening up last month.

Ronaldo took to social media on Wednesday to reveal the Pestana CR7 hotel in midtown Manhattan, his first outside of Europe. 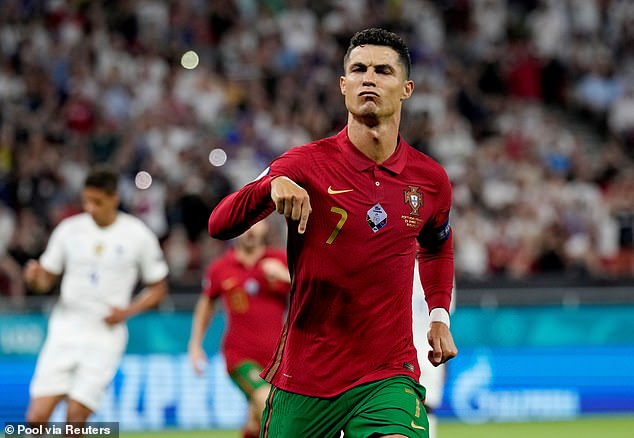 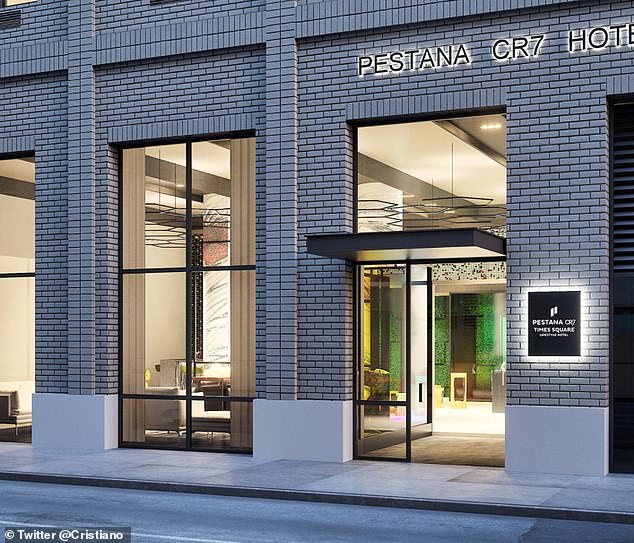 In a message on Twitter he said: ‘What a magical date – 07.07 to introduce you to my new hotel @PestanaCR7 Times Square, in New York.

‘Book now and discover the coolest new hotel in the best location in town.’

As per the hotel’s official website, people can stay at the hotel for £117 a night with discounts on offer for Pestana guest club members.

Ronaldo’s new complex is described as a cosmopolitan hotel which is ‘faithful to a sophisticated, vibrant and ever-connected sporty lifestyle’.

Pestana’s website says it is ‘the ideal starting point for those who don’t want to miss out on the action of the city’.

Ronaldo has taken some inspiration from home, as the guest rooms are influenced by the colours and art of Portugal. 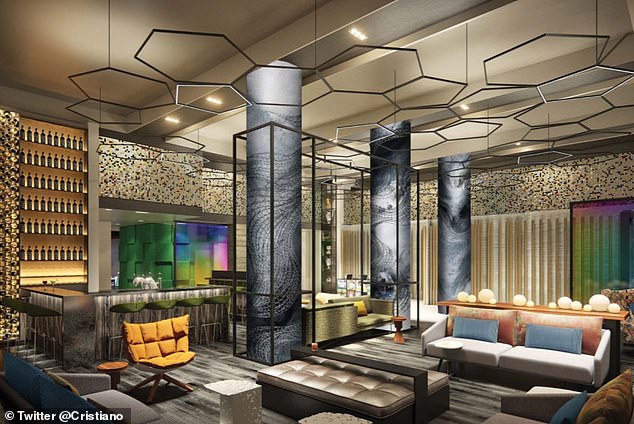 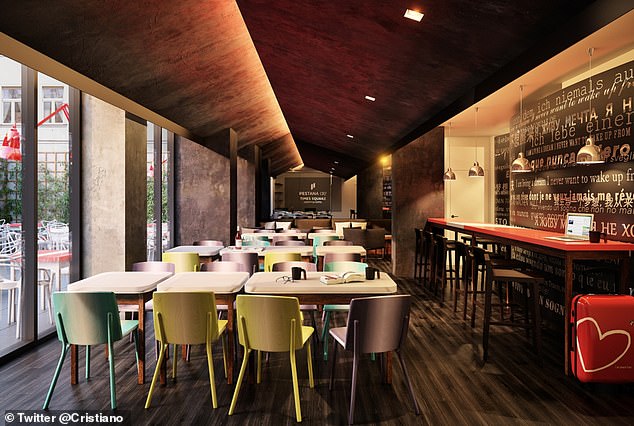 All rooms are equipped with Espresso makers, refrigerators, USB ports, HD-TV and Wi-Fi.

The restaurant offers international dishes and Portuguese snacks, while there are also multiple screens to watch sports on.

There is also a fitness centre and event rooms for business meetings to take place in.

The 36-year-old has been pumping up his hotel portfolio in recent times, first opening two hotels in Portugal and then one in Madrid. 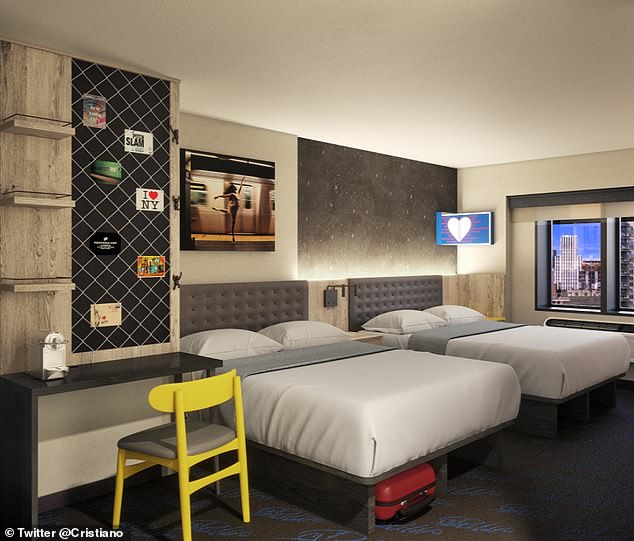 As per the hotel’s website, people can stay at the complex for £117 a night

He also planning to open up a luxury hotel in Manchester near Piccadilly Gardens in 2023.

It comes as no surprise with Ronaldo opening up hotels in Lisbon and Madrid, where he had spells in both cities for Sporting Lisbon and Real Madrid.

Ronaldo left Sporting Lisbon in 2003 for Manchester United and spent six years there before leaving to join Real Madrid for a then world record £80m transfer fee.