Manchester United struggle in build-up play. They cannot defend transitions. There is no consistent structure to their attacks. They rely too much on individuals. They do not have a recognised, first-choice holding midfielder. They do not have much of a midfield at all, for that matter. They are an expensively assembled team that often looks far less than the sum of their expensively acquired parts.

But worst of all, usually at some point during the closing stages of an especially disappointing performance, they will often deliver a match-winning moment which leaves some of us in the Old Trafford press seats asking: does any of that actually matter?

It should. Those sorts of deficiencies seem to make or break plenty of other sides and many other managers. But despite the same old criticisms being made consistently for nearly three years now, and although scepticism has gradually grown among a supportive but realistic match-going fanbase, Ole Gunnar Solskjaer still has this strange knack of getting a result when he most needs one.

A knack of never needing these kinds of wins in the first place would be preferable, of course. This is the fifth or sixth time that Solskjaer has found himself in this position since his permanent appointment but still United persist. Sometimes, the pressure has been relieved by a great all-round performance – think the pair of wins against Tottenham and Manchester City in the winter of 2019. Sometimes, all the usual problems are still there for all to see, but individuals take turns to drag the rest of their teammates over the line.

That was certainly the way things went against Villarreal. There is a clip doing the rounds from the final stages of United’s breathless stoppage-time win last night. In it, as a stray Nemanja Matic pass rolls harmlessly towards the byline, Edinson Cavani sprints 30 yards diagonally across the pitch to chase down this lost cause, then pinches the ball away from Juan Foyth and springs an attack. Cavani’s effort and dedication to the cause is striking. So is how every other United player appears to have given up.

In that clip, Cavani was the one keeping United competitive. For much of the night, it had been David de Gea. Without the United goalkeeper’s catalogue of saves from Arnaut Danjuma, Paco Alcacer and an important late denial of Moi Gomez, there would have been no grand climax. For it was written that in the fifth minute of five added-on, Cristiano Ronaldo would make his first meaningful contribution of the night and deliver one of the most memorable moments of his entire United career.

Ronaldo’s return poses a genuine dilemma in one way, raising expectations to a level that United may still not be able to match. The 36-year-old is at least doing his part so far, having scored five in five appearances and in every game bar one, only drawing a blank in Saturday’s defeat to Aston Villa. He is ‘inevitable’, you might say, except for when he isn’t. And you sense that it is on those rare occasions when he fails to make an impact on a game that United’s fundamental tactical issues will be all that there is to see. That was nearly the case last night.

In a sign that he accepts there are problems to solve, Solskjaer experimented with a new system against Villarreal. With Paul Pogba taking up a more advanced midfield position almost alongside Bruno Fernandes, United appeared to be playing in a 4-3-3 with Scott McTominay as a solo midfield pivot. There was also a change of emphasis at full back, where Diogo Dalot deputised for the suspended Aaron Wan-Bissaka and played an inverted role, stepping up into midfield.

“We wanted to give width with the wingers,” Dalot revealed after the final whistle, “with full-backs inside to stop counter attacks and build a little bit more from the inside.” 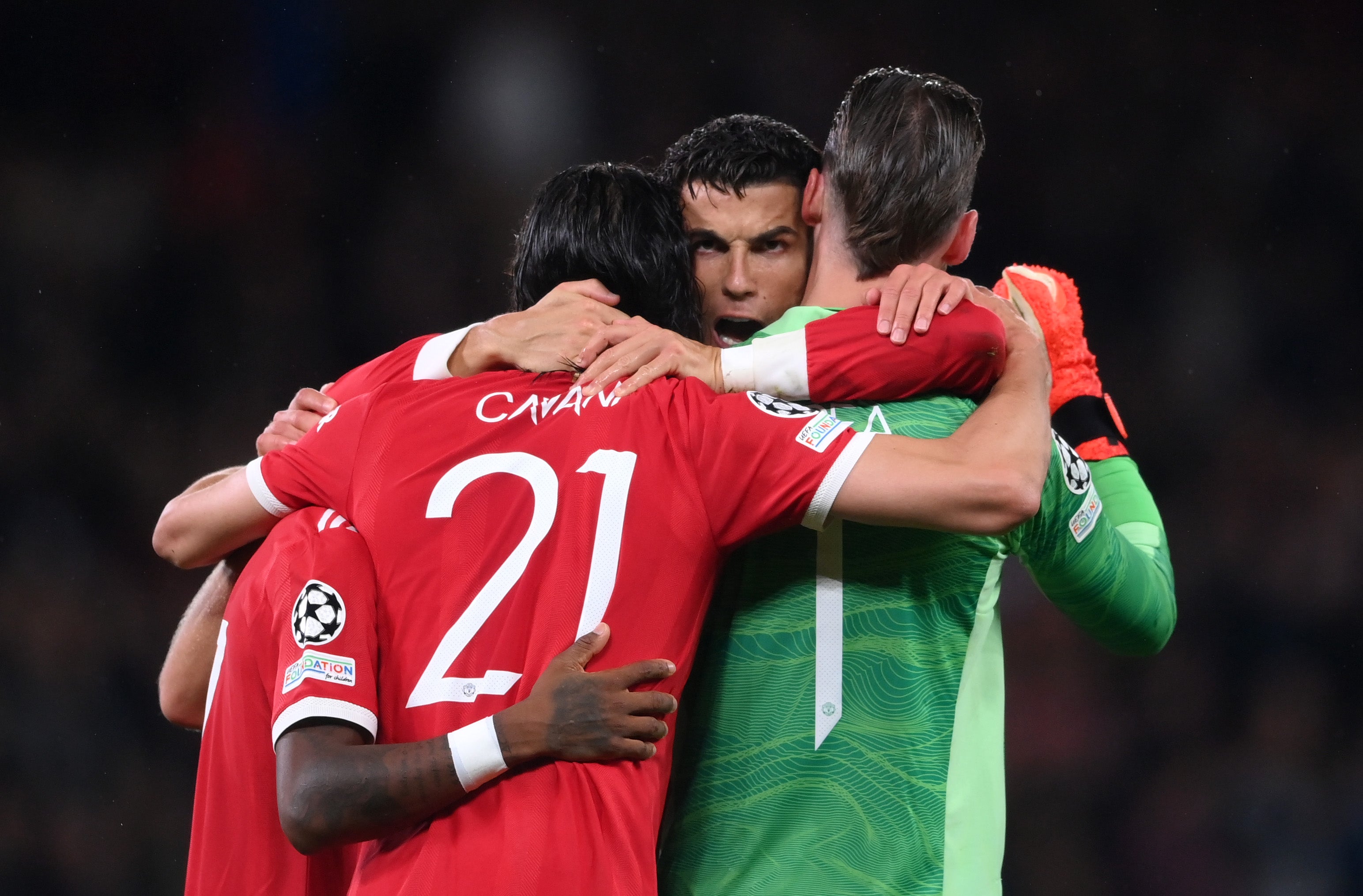 When everyone is fit, it is a system that puts as many of United’s most talented players on the pitch as possible and it promotes Pogba from the deep-lying role that divides opinion. The only problem is, on the evidence of the first hour against Villarreal, it does not work. If Dalot’s role change was designed to prevent counter-attacks, it had the opposite effect, vacating the space behind him down United’s right flank and inviting simple balls over the top into Danjuma.

With Dalot caught between two roles and unable to fill either, McTominay was left to patrol acres of open space alone and was regularly overran. In possession, United would often attack with five players. Pogba, Dalot or Alex Telles – scorer of the spectacular long-range equaliser – would take turns to join the forward line, yet that five-man attack would be static and short of movement while waiting for the ball to move up the pitch with them. It left McTominay and the makeshift defence only more exposed to counters.

At least this time, things changed. Solskjaer has taken enough criticism for failing to affect games from the touchline recently. It only seems fair to point out that, after such a poor start, United improved in the final half hour following Telles’ equaliser. As Villarreal flagged and ceded ground themselves, Solskjaer’s substitutions had a positive impact. Cavani brought a new impetus while Fred and Jesse Lingard each had a telling hand in Ronaldo’s winner.

It felt telling though that, once the Stretford End had cleared and the ‘Viva Ronaldo’ chants had died out, even the magnitude of that moment – a returning club legend scoring a stoppage-time winner – could not conceal the many flaws in the performance. Solskjaer admitted as much. “We had to throw caution to the wind and we got lucky in the end,” the United manager said in his round of post-match interviews. None of the many issues with United’s set-up ultimately mattered at Old Trafford on Wednesday night. But on another night, they will.