‘It’s a foul ANYWHERE on the pitch!’: Peter Crouch argues Liverpool should have won a free kick in build-up to Marco Asensio’s goal for Real Madrid after Lucas Vazquez brought down Sadio Mane

Peter Crouch believes Liverpool were very unfortunate to not be awarded a free kick before they conceded their second goal against Real Madrid.

The Reds got off to a terrible start in their quarter-final clash with the LaLiga giants after Vinicius Jr gave Los Blancos the lead midway through the first half.

Things went from bad to worse for Jurgen Klopp when Marco Asensio doubled the hosts advantage, but the Liverpool players were left complaining to the referee as the Spaniard wheeled off in celebration. 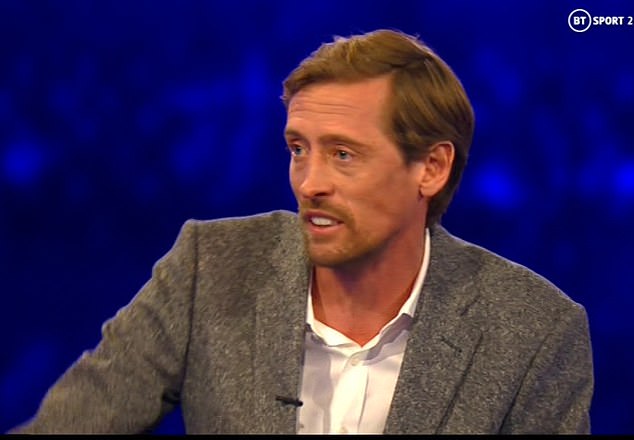 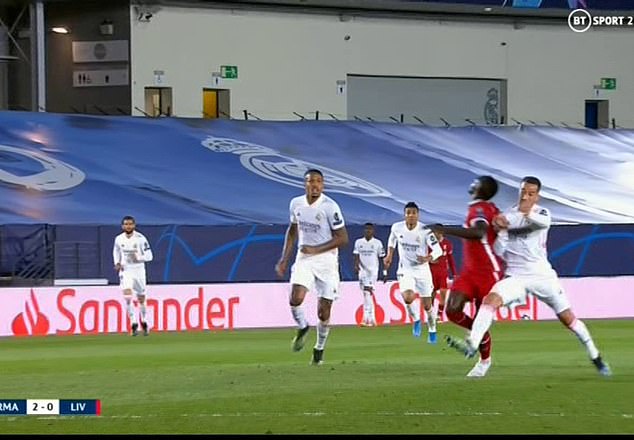 Sadio Mane appeared to be fouled by Madrid right-back Lucas Vazquez, who pushed him in the back as the pair chased a high ball over the defensive line.

No foul was given and 27 seconds later, Madrid were 2-0 to the good. But Crouch, along with the Liverpool stars, was left wondering how Vazquez was penalised for the incident. 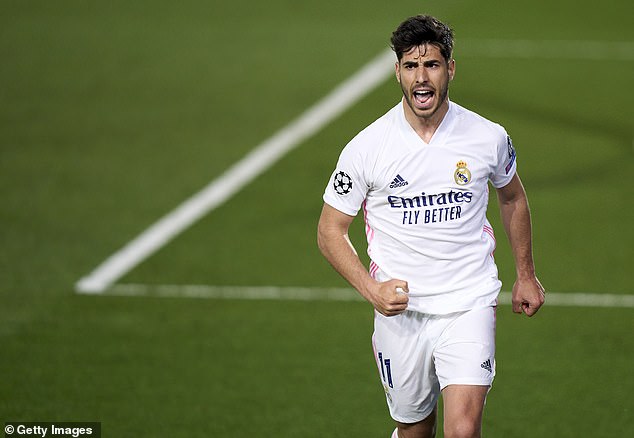 ‘He has no eyes on the ball, it’s a foul on any point in the pitch. You can see why Wijnaldum went to the ref.’

Toni Kroos played a testing ball over the liverpool defence and Trent Alexander-Arnold was caught out with a short-placed header straight into the path of Asensio.

‘From then on, another Toni Kroos wonderful pass, terrible mistake from Trent, such a calm, cool finish.’