Transfer update: How January spending compares to past years

Real Madrid’s pursuit of Bayern Munich defender has been dealt a blow, with Premier League clubs given hope of striking a deal. Alaba is out of contract with the Bundesliga champions this summer and has turned down the offer of a new deal as he looks for a fresh challenge after 11 years with Bayern.

Madrid were rumoured to be the most likely destination for the Austrian defender upon the expiration of his contract, though it is now being reported that the 28-year-old is open to offers from England.

Manchester United and Chelsea are among the clubs who could make a move for Alaba, who began his Bayern career as a left-back before reverting to a central defender.

Alaba’s agent, Pini Zahavi, is said to be waiting for offers from English sides, which he believes will be far more lucrative than the terms on offer at the Santiago Bernabeu, and it’s the Blues who are named as the main contenders for his signature. 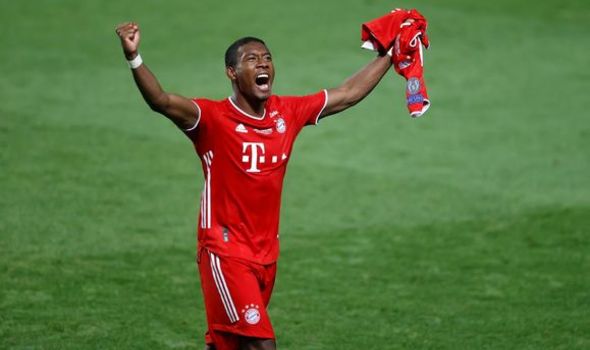 Zahavi is known to have close links with Chelsea, who were previously understood to be optimistic of beating off fierce competition from other elite clubs to secure his services. It was former Blues boss Frank Lampard leading this charge, but interest in Alaba has remained under Thomas Tuchel.

Bayern CEO Karl-Heinz Rummenigge all but confirmed the exit of the Austrian defender this week, stating that it was ‘99.9 per cent likely’ that Alaba would leave the club this summer.

Rummenigge told Sky Sports via Marca: “I am 99.9 per cent sure Alaba will leave the club at the end of this season. We will part in a friendly way and I hope he can say goodbye to us with more titles.

“He is fully committed to us and he is a nice guy that we all like. He deserves to be treated well until his last day at Bayern.

“David can sign for the club he wants. I do not know if he will arrive at an agreement with Real Madrid, but it is a great club and I can understand that it is interesting for him.”

Alaba has played a key part in Bayern’s success over the last decade, featuring 411 times for the Bavarians in all competitions.

He has won nine Bundesliga titles, six German Cups and two Champions League titles during his stay at the Allianz Arena.